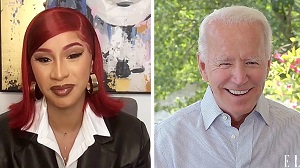 Yesterday, Victoria recorded 216 new Covid-19 cases and twelve deaths. An inquiry released a couple of days ago found that 90% of Victoria’s second wave of cases have been traced back to a family of four quarantined at a Rydges hotel in downtown Melbourne. In stark contrast New Zealand had six new cases yesterday, ( five today) and no deaths. We have – so far –successfully controlled the Covid-19 cluster traced to a family of four in South Auckland. Guess which situation was being denounced as a “massive failure” by National Party leader Judith Collins?

As PM Jacinda Ardern has been saying, we need to be kind to each other at this time. To date, the media certainly has been remarkably kind to Collins. lest she lose her sense of purpose and start to share the widely held perception that she’s incapable of making a positive contribution to our pandemic response. Sometimes you have to be cruel to be kind. IMO, we really need to stop giving Collins top-of-the-news-bulletin coverage for her frantic catastrophising of every single tweak the government makes to the system of managing the pandemic.

Dimly, National has realised that – from Simon Bridges onwards – there has been a political price for its negativism and political opportunism. After all, the public is well aware that these ringing denunciations of laxity at the border are coming from the same party that has been calling for months for more open borders and a softer lockdown. As a concession to public sentiment, National has recently delegated all of its positive messaging about the pandemic to the Whangarei MP Shane Reti. So far though, Reti has just been sending “thanks for letting me know” messages to the government, while agreeing with almost everything it is doing. In the process, Reti has sounded a lot more in tune with his opponents in government than with the leader of his own party.

Collins has not been alone of course, in her catastrophising. Last evening for instance, RNZ’s Checkpoint devoted two reports to an exhaustively detailed exploration of every conceivable angle on a single case of Covid-19 infection. This had to do with a maintenance worker who became infected at a Rydges hotel in downtown Auckland. For all that, Checkpoint’s findings were inconclusive, and all the man’s known contacts ( so far) have returned negative tests. So have the relevant nursing staff. The current best guess is that the infection may have been from a surface within a lift on the Rydges premises that the maintenance worker and a previously infected person both used, minutes apart.

Was last night’s effort such a great use of RNZ resources? We can hope it sets a precedent . Maybe RNZ reporters will be sent fanning out next week into every WINZ office in the country and will be filing reports on every single case where a beneficiary is not being notified of their full entitlements and is not being paid them in full and on time without undue harassment. Because we surely need to be doing better at policing bureaucratic compliance at the borders of the welfare safety net, right?

Nah, we know tha’s not going to happen. There wouldn’t be the same clickbait potential in it. Or the same palpable sense of anxiety within the intended audience. Similarly…and in further illustration of the kneejerk negativity mentioned above, one of the NZ Herald headlines yesterday was a classic : :“Covid-18 coronavirus: Barry Soper : Hard to Justify Unlawful Lockdown.” Not so much. In reality, the lockdown could hardly be less difficult to justify..

How come ? Because the court – in its ruling on the legality of the early round of government lockdowns – had in its judgement called the lockdowns “justified” “necessary’ and “essential.” Yes, the court also said the lockdown was “unlawful” (which is not the same thing as “illegal”) but only during a brief nine day period between the end of March and early April. In short order, the lockdowns were made fully compliant via a change in the law.

For the record, how had the government got itself (briefly) into this situation.? Apparently, it was not through acting like Big Brother. As Victoria University law professor Geoff McLay told RNZ this morning, it was because the government was trying NOT to use all the powers of compulsion at its command under the Health Act. Instead, Health Ministry director-general Ashley Bloomfield had invited the public to voluntarily comply with what was in fact, a mandatory lockdown.

The blip was a simple reflection of the rush to go hard and go fast. The mistake was readily noted, and speedily fixed. The court rejected all the other grounds raised for challenging the legality of the lockdowns. Interestingly last evening, RNZ changed around its original ( clickbaity) description of the court ruling from “unlawful, but justified” to the less sensational but more accurate “justified, but unlawful.”

Life in the Upside Down

The wider point being…as in the TV series Stranger Things, it can feel some days as if we’re living in the Upside Down. Success on a global scale is being depicted as a massive failure, a muddle, a catastrophe. We seem to be hyping ourselves up over our failings, as if total chaos reigns at the border. True, some human failings have been evident in our responses to these unprecedented events. Once detected though, they are being fixed. Even the lapses in the testing of border staff has been fixed with (so far) nothing like the dire consequences observed elsewhere. As Air Commodore Darryn Webb said last night in his Checkpoint interview, it’s an “absolutely complex” system :

We are running 32 facilities, On any given day we are managing the size of a small town spread across New Zealand…. until now, we have successfully re-integrated 40,000 people back into New Zealand.”

While “personal accountability was at the heart” of the nation’s defences against Covid, Webb added, “minor things” would inevitably go wrong. “And we’re fixing them as we go.” At the same time, it seems a reasonable bet that Judith Collins and the media pack are as we speak, racing to find the next blemish that can be turned into political and clickbait gold.

Oh, it isn’t a “massive failure” either, that military personnel numbers have been boosted at our quarantine and isolation facilities. In all likelihood, most of the public would be feeling re-assured by the fact that private security firm workers on subsistence wages are no longer the frontline defenders of our borders. Instead, the government has decided to entrust that job to the military and to the Police, working in unison.

Evidently, the government has looked at (a) the deadly role that incompetent private security firms have played in the deadly outbreak of community transmission in Melbourne and (b) at the role of private security staff in the latest privacy breach committed here. Serco and the private prisons fiasco had already shown that the profit motive is all but incompatible with maintaining high standards of security.

As yet, it remains unclear whether the government will try to save money by shifting ALL of its quarantine facilities onto military bases, as New Zealand First has advocated. Provided those military bases had adequate facilities installed – separate showers etc – there may be longer term value in the idea. Certainly, there would be little merit in National’s proposal to create a single entity to manage all facets of Covid-19 along the lines of the agency that National created in response to the Christchurch earthquakes. The thought of our Covid-1`9 security being entrusted to the same model – and presumably run by the same person ( Gerry Brownlee) responsible for the earthquake recovery, seems like a nightmare prospect. Finally, this would be a valid reason for catastrophising.

Cardi B and Biden

While talking about the oddities of media life… It seems that whenever artists, musicians, film stars etc comment on politics, this is routinely treated as a joke. By definition artists are assumed to be lightweights without a clue how ordinary people think and live. Yet the comments of business leaders are taken very seriously indeed. This seems extremely weird. If anything, business leaders (as a social group) tend to be even more narcissistic, more privileged, more ideologically fixated and more cocooned from the life experiences of the wider population.

Surely, if we’ve learned anything over the past few decades – and if you look at the Act Party, that’s kind of debatable – it is that running a nation’s economy has almost nothing in common with running a business. Basically, the past 30 years have shown that it is a truly terrible idea to treat social services as market commodities. Yet we still ask CEOs for political advice and still treat the running of a successful business as a fitting apprenticeship for a political a career. In almost any respect, it’s far more of a liability.

I’m not saying that by comparison every entertainment celebrity is a political genius. Kanye West (a self-diagnosed manic-depressive) has some obvious difficulty in engaging with politics, and some other forms of social reality. Yet before they became famous, many musicians didn’t enjoy the luxury of using family money to pave their way into the boardroom, or the Oval Office. Also, they didn’t make their money by running a former state monopoly, or something close to it. Many of them had to struggle.

All of which is a roundabout way of recommending the excellent interview that the rapper Cardi B has just done in Elle magazine with presidential hopeful Joe Biden. The interview succeeds because Cardi is still so conscious of the privileges she now has, as compared to her earlier well-documented struggles for survival. When she talks about hardship and need, that comes from first-hand knowledge. For his part, Biden has real chemistry with her.

For those who’ve never heard of her, the death of Linda Manz this week (from lung cancer at the age of 58) will obviously mean nothing at all. Yet as a teenager, she made an indelible contribution to two great films – Days of Heaven (arguably the most beautiful film ever made) and Out Of The Blue. Offhand, I can’t think of anyone whose cinematic legacy is so substantial, from such a small number of films.

As a 16 year old, it was Manz’ stream of consciousness narration (made up on te spot and recorded in a studio as she watched the un-edited footage) that tied Days of Heaven together into a coherent whole. Ultimately, it was the fate of her character that lingered, after everyone elses’ lives had been blown away…with their tragedies being mere moments amidst the beauty and cruelty of nature. Here’s the movie intro, with Manz’ narration, and background music by the 1970s guitar legend, Leo Kottke.