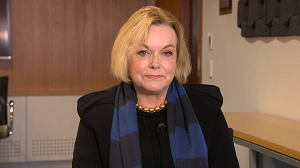 The basic skill that a successful politician needs is the ability to “read the room” and gauge the public mood. If National Party leader Judith Collins ever possessed that ability, it seems to have deserted her of late. Surely, very, very few of the public would agree with Collins and her deputy Gerry Brownlee when they claim :

(a)that the threat from Covid-19 means that the election due on September 19 must be postponed until November, or sometime next year

(c) that the Ardern government and Health Ministry director- general Ashley Bloomfield have been deliberately hiding the evidence of community transmission from the public.

All up, only a few crackpots on talkback radio would agree with these contentions. Seemingly, Collins has forgotten that “going negative” and using the pandemic to score a few cheap political points is what cost Simon Bridges his job. By trying to outdo Bridges, Collins is making it just so easy for Jacinda Ardern to play the “unity” card.

Lets take those contentions in turn :

1.The election date. At the conclusion tomorrow of Auckland’s initial Level 3 lockdown, the government will be commenting on how the current situation will affect the election date, if at all. Calling yesterday for an election postponement – before we know the extent of the current virus outbreak – seemed irresponsibly premature of National. We need more evidence to determine whether a postponement is necessary, and what greater role that postal ballots could conceivably play within it. The Electoral Commission also needs to be brought into the frame.

There is an obvious problem with plucking a new election date out of thin air. Ultimately, there is no way of consulting the virus and getting it to promise that if we waive the September 19 date, it will agree not to disrupt a Novernber2020 or February 2021 alternative date. Ironically, Collins postponement proposal – lets kick the can down the road and hope things will resolve themselves over time – is entirely consistent with National’s style of governance during its last term in office.

2. The constitutional “need” to step aside. Collins has cited/invented a convention that governments are precluded from making substantive decisions around the time of an election. But those conventions (such as they are) exist to put a brake on the actions of caretaker governments after a change of government. Robert Muldoon’s disruptive actions immediately after his election loss in 1984 are an example of how not to behave during that period..

The existing conventions do not require governments to refrain from governing at all during the six weeks prior to an election. In the context of a pandemic, it would be utterly irresponsible for any PM to walk away from the job and leave the decisions about health to the Health Ministry, the decisions on welfare support to MSD, and the decisions on wage subsidies and government borrowings to Treasury officials. For six entire weeks.

The question has arisen as to whether PM Jacinda Ardern is exploiting the advantages of incumbency. Really ? If there are advantages of being in the hot seat during a once in a century pandemic, it is only because Ardern and her team have created them by already demonstrating their competence. ( In Victoria right now, state premier Dan Andrews probably isn’t all that thrilled about the advantages he’s allegedly enjoying from being the incumbent.) In fact, if National had been in power and had put into practice the ‘soft lockdown” policies it has consistently advocated – which have failed dismally in Australia – we would currently be looking at a much higher death toll, and hearing a lot of sympathetic clucking from the media about the liabilities of incumbency during a global pandemic.

3. Hiding the evidence. The allegation, from Brownlee, that the government has been deliberately hiding the evidence of community transmission has been conspiracy thinking of the worst kind. Brownlee has offered no evidence to back up his claim. In reality, what the government (and Ashley Bloomfield) have done is to warn against complacency about the virus.. There have been consistent warnings that a resurgence is not only possible, but likely. This is not due to any culpable failure by government, or by officials. It reflects how easily this virus can be transmitted. Given time, it can penetrate the best laid defences. Again, there is no public appetite for politicians playing “gotcha” politics and seeking to lay blame during this time of crisis.

That doesn’t mean that all efforts to control the virus are futile. The US and Brazil have shown the loss of life and economic harm that results when leaders decline to govern and let the disease run wild. Even Sweden, the champion of embracing the ‘open economy” approach, has conceded that it was mistaken to do so. The best response is still the one that treats the managing of public health outcomes as the only sustainable path to economic wellbeing. The fewer people get sick and die, the greater confidence people will have to go out and spend, and the more income they will have to spend because fewer jobs will have been lost, overall. With this virus, there are no short cuts to economic prosperity.

The majority of the public understand this. Most of them support the government’s management of the Covid-19 crisis. Collins would have more credibility for her current demands to be more included in the process of decision -making if National had shown any previous inclination to put the nation’s welfare ahead of its own politicking. ( When National couldn’t find genuine security breaches, it created them itself. Hardly good grounds for demanding a presence in the Cabinet room )

Eventually, all this goes back to Collins, and her apparent inability to read the room. New Zealand is facing a global crisis. It is not a crisis invented by Jacinda Ardern although to date, her response has delivered results that rank among the best in the world. (BTW,the United Kingdom has just lost over 20% of its GDP.) So when the tourism sector demands to be fully protected from the pandemic, when talkback radio callers moan about going back into lockdown, and when National demands a six week election campaign free from Covid-19 distractions, they risk sounding like petulant children. The rest of us can only feel grateful that the adults in the room happen to be in charge of New Zealand, at this time.

Footnote: Collins has better hope that on Friday, a decision is taken to postpone the election. Right now, her decision to “ go negative” on the pandemic seems likely to plunge National back to the levels of support it had in the final hours of Simon Bridges. Given that National has so many electorate MPs, anything much south of 33% support could mean that ALL of National’s purely list MPs might miss the cut. Hmm. Is it worth National losing Auckland Central, if that helped the survival chances of its finance spokesperson ( and list MP) Paul Goldsmith? For the same reason, it would be deeply ironic if National going negative on the pandemic is finally what costs Michael Woodhouse his job..

For most of her career, Gillian Welch has been famously picky about what she releases, and that helps explain her relatively sparse number of album releases, and the stellar quality of each one. By contrast, 2020 has seen quite a rush of treasures. In July she and partner David Rawlings released All The Good Times – a genial covers album of songs by Johnny Cash, Bob Dylan, John Prine and others. Now, and even better, she and Rawlings have begun releasing a series of albums – three in all are planned, each of sixteen tracks – from a cache of music the duo knocked out in next to no time, 20 years ago.

The first of these collections (Boots No.2: The Lost Songs) is worth checking out on Spotify, if only because the casual warmth with which they perform these spare and beautiful songs is cumulative. It isn’t something readily conveyed by picking out individual tracks. Along the way, the album effortlessly skips between a whole gamut of Appalachian folk stylings. Here’s the languid “Roll On” for starters :

Oh, though I tried to manage
You don’t understand my mind
Our love used to speak in Spanish
There’s a poison in the air
The fever’s everywhere
Bad haze that hangs around
In Chinatown

Finally, here’s a celebration of good times and resilience, in the shape of “Little Luli”…