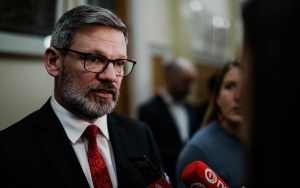 Sex always makes people sit up and pay attention to what‘s on the news bulletins. The political circus aside…. Power (not sex) has really been the central element in the scandals that have ended the political careers of Iain Lees- Galloway and Andrew Falloon. Workplace romances do happen, but perceptions also matter. It is unacceptable for an MP, let alone for a Minister of the Crown to conduct an intimate relationship with someone whose employment – and career advancement – can be seen as being dependent on the Minister’s good will. In any profession (political, medical, academic, judicial etc) that enjoys special privileges and where an inherent imbalance of power exists, such relationships cannot be condoned.

Much of the time, Parliament is all about power: who has it, who’s losing it, who has the momentum. Sure, Parliament is also the arena where our laws are debated and made. But this process plays out amid the power struggles between competing ideologies and with the media running a daily tally of winners and losers. Inappropriate relationships (Lees-Galloway) and sexual harassment (Falloon) are different means by which power gets abused, and feelings of inadequacy get compensated. You could even argue that Parliament’s hierarchies of power also explain why a junior MP (Hamish Walker) has had his career terminated while a more powerful participant in the same scandal (Michael Woodhouse) has just been given a plum new job by his party’s new leader.

On the upside, we do seem to have given up on the euphemisms – i.e. it was all an error of judgement, a mistake, and/or was caused by “mental health issues’ that temporarily made me not my usual self. All of which is meant to minimise the wrongs done, while making a sidelong plea for mercy and understanding. (Who amongst us in the midst of grief hasn’t reached out and sent porn images to the nearest 19 year old?) This sort of thing explains why the public has limited sympathy for the mental stresses to which MPs routinely subject themselves and each other, during their attempts at one-upmanship.

As indicated in last year’s Debbie Francis report on Parliament’s workplace conditions, most of the stress generated around the precinct has been displaced downwards by MPs and Ministers onto their support staff. Lest we also forget, every MP has fought tooth and nail to get there. They have been willing participants in contests that should have given the respective party hierarchies ample insights into the calibre of each of their candidates. Falloon in particular, seems to have been an accident waiting to happen.

Despite the candidate screening process, National has now had a string of MPs – Jami-Lee Ross, Todd Barclay, Aaron Gilmour, Todd Muller and now, Andrew Falloon – who have made a pitch for clemency and privacy on the basis of their “mental health” issues. Muller is an interesting case. By accident or design, Muller has used his recent break to put space between the scandal that toppled him, and the stressful new front bench role that he will now (miraculously) be fit enough to perform.

A double standard is operating here. National in particular, extends nothing like the same compassion to ordinary people who have become stressed out to the max by the kind of multiple work pressures and income worries that most MPs never get to experience. MSD for instance, isn’t renowned for the compassion it extends to the people who turn up at its offices, seeking help.

Quite the reverse. The National Party – and so far, this Labour-led coalition government – continue to take a highly punitive approach to people under stress, and in need. Any stressed-out jobseeker, sole parent or low income worker in the precariat can expect cold comfort if they let the stress to get to them, such that they fail to fulfil the demands expected of them. Benefits will be cut, electricity will be switched off, welfare debts will be relentlessly pursued, and requests for clemency will commonly be rejected out of hand.

Meanwhile, the base salary for parliamentarians ($160-180,000 for MPs, $250-300,000 for Ministers) continues to allay many of life’s stresses. In the House and and out in the electorate, support staff cater to various needs. MPs have their housing, travel, and retirement costs met by taxpayers. So lets keep that in mind the next time an MPs screws up, and then comes asking for public compassion. To his credit, Lees-Galloway hasn‘t played the sympathy card.

All things considered, the Beltway is less a toxic den of stress than a travelator that transports MP up and away from many of the world’s routine cares and concerns. Frankly, it is pretty hard to imagine any MP sweating under a lightbulb about how the rent and power bills are to be paid this month, or where the family’s next meal is coming from. As Judith Collins says, Falloon may have done despicable things, but he is still a human being who deserves to be treated with care and compassion.

True. So do Falloon’s victims. And so do the people in the community who sometimes buckle under the kind of stresses from which MPs are systematically shielded. With the example of Falloon in mind, one looks forward to seeing National take the necessary steps to soften its tough love approach to welfare, during this year’s election campaign.

Footnote One: For another striking example of how differently the system treats offenders from different socio-economic backgrounds…. The research work by Victoria University associate professor Lisa Marriott on the different legal outcomes for tax

evaders on one hand, and welfare cheats on the other, has been compelling and disturbing.

But as Marriott explains, it isn’t merely about crime :

My research also looks at how we treat people who have debts generated from welfare and tax — when there is no suggestion of any fraudulent behaviour. Despite the similarity of the debts, we’re still more punitive in the way we treat these two groups of people. People with tax debts are more likely to have at least some of their debt written off — and are less likely to have a deduction notice served on them. Deduction notices are issued to employers or banks, directing them to take money from a debtor’s account or wages/salary, which is then paid to the government department. Deduction notices are used with around 1 percent of taxpayers and 12 percent of welfare recipients.

Footnote Two: Already, yesterday seems like ancient history…. But there was a significant difference in how the nation’s last two political scandals became common knowledge. Yesterday morning, National leader Judith Collins chose to push the allegation against Iain Lees-Galloway out into the media spotlight. Big difference. Last week. PM Jacinda Ardern had informed the National Party privately, and then allowed Collins the space to conduct her inquiries about Andrew Falloon and take her initial actions largely away from the media’s attentions.

Collins repaid the favour by doing the opposite. She notified Labour, but then pre-emptively flaggied the problem yesterday morning on two media outlets. This ensured that Labour’s sacking of Lees-Galloway played out (a)as catch -up and (b) in the full glare of publicity. Collins has denied that one of her staffers prompted AM Show host Duncan Garner to ask Collins a patsy question about whether she “had received anything about Labour Ministers or Labour MPs.” This enabled Collins to say: “I have, actually,” a reply that launched the Lees-Galloway affair into the public arena. Sadly, there will be people who will admire how deftly Collins put politics ahead of principle.

Footnote Three: Given the multiple victim accounts that have now emerged, the Police are reportedly considering whether to re-open their investigation into Falloon’s activities. One would suspect that the pornographic images in question were not randomly chosen and spontaneously sent. Mere speculation on my part, but a forensic search of Falloon’s computers might be in order. Many forms of pornography are of course, not illegal, but a forensic search for patterns of use and sharing might help to determine whether Falloon’s actions can be rationalised as the sudden by-product of work-related stress. Past credit card transactions by Shane Jones notwithstanding, Parliament is not a place that you’d usually think of as being a porn hub.

Footnote Three: If the Police do get serious, Falloon’s initial pleas in mitigation mightn’t get him very far. Allegedly, Falloon was suffering from mental distress due to ongoing grief issues caused by the suicide of someone close to him. But unlike many other countries (and unlike several US and Australian states) New Zealand law doesn’t include a defence of “diminished responsibility.” It offers only limited recognition to the argument that such was a person’s mental state at the time, they couldn’t be held fully responsible for their actions.

This gap in the law is one reason why battered wives have struggled for so long to be treated sympathetically by the courts, if they kill or injure their chronic abusers. Last year, a grandmother who found the accumulated stress to be intolerable of caring for a severely disabled and entirely dependent teenager she had raised from babyhood, still received a 12 year prison sentence for killing her. All that the stressful circumstances spared the grandmother from was a mandatory life sentence.

You get the point. Our laws provide precious little room for kindness towards those who snap under stress. In many respects – and without suggesting that Falloon’s ‘mental health issues” rationale was valid – the public seem more inclined these days to be forgiving when it comes to recognising what accumulated stress can do to a person. The law, however, has yet to reflect this change in public sentiment.

Keeping on, keeping up

As we all try to hang on and walk purposefully through Covid towards better times, this little “2021” track by Vampire Weekend keeps coming to mind. Great guitar lines, too.

The other day, I noticed the fascinating documentary Wild Combination about the electronic, classical and experimental pop musician Arthur Russell (1961-1992) has finally become available on one of the main streaming outlets. Here’s his “Keeping Up” track, where his cello and the usual open spaces in his music get woven together by Jennifer Warnes’ lovely voice. Truly, she deserves a ton of recognition for her own music, and for the collaborations she did with Russell, and with Leonard Cohen…