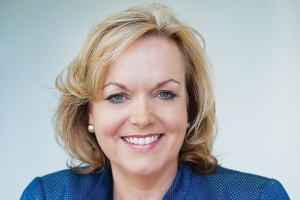 Crikey. It feels like the media and Judith Collins should just get a room and be done with it. Such has been the commentariat’s love affair with National’s new leader – she’s a “warrior queen” according to one take – that Collins would have been applauded whatever she did in yesterday’s reshuffle of her caucus line-up. Keep in mind that these reshuffles are routine events. Every new leader (Todd Muller included) has done one. No big deal. Not this time, though. There would be promotions, there would be demotions. Allegedly, the reshuffle was giving the warrior queen yet another chance to stamp her mark, and send this warning to her colleagues:

A warning to her caucus that anyone is replaceable, while stamping her mark as a decisive leader willing to make the tough calls less than 24 hours into the job.

Really? There was more, a whole lot more, in similar vein. Such as:

New Zealanders are up for a battle royale between Judith Collins and Jacinda Ardern in the lead up to the 2020 elections… A battle royale is in the offing, between the princess of hearts and a newly anointed queen of the provinces.

Leave aside that by definition, a battle royale cannot be fought between only two people. The bigger problem over the last few days has been that much of the commentariat has treated the Collins elevation as the curtain-raiser for a lip-smacking spectacle – Jacinda versus Judith! As if the election is a game being staged – and judged – for its entertainment value to the pundits lining up as the ringmasters for this tournament of politics-as-sport.

So far, there has been precious little acknowledgement that the election outcome will have serious real life effects for hundreds of thousands of people. For most of the public, this isn’t a game. For the relatively few who do see it that way, it’s a rigged game, but that’s another story. Forgive the preachy tone, but journalism was given its Fourth Estate privileges in order to discern who benefits from any given public policy, who’s likely to suffer the consequences of it, and what the wider repercussions are likely to be when this or that political direction is taken.. Instead, the Collins love affair has reeked of a different kind of privilege – the privilege of the comfortable, where the outcome won’t materially affect the media ringmasters, either way.

Mind you, with Collins, a certain amount of careful airbrushing still remains necessary to sustain the media narrative. However, with the judicious application of a few cosmetic euphemisms here and there, the nasty traces of say, the Orivida scandal can be buffed and suitably softened. Remember Collins’ drip feeding of confidential government information to Whale Oil’s Cameron Slater so that he could shaft the enemies they shared in common? Those enemies included public servants. No problemo. These days, Collins’ track record has been deemed to be “colourful”:

Collins’ colourful history includes temporary political disgrace, slipping information to her right-wing blogging friend, and sniping at rivals and journalists. She dubbed Jacinda Arden as “My Little Pony”. But she also got stuck into her leader John Key for pony-tail pulling – when her National colleagues wrote it off as ‘horseplay’.

Yep, Judith Collins has always been even-handed to a fault. And what of the reshuffle and that stuff about her stamping her mark on the caucus? Not so much, actually. The Collins reshuffle looked a lot more like one of those liberal events where everyone (including Michael Woodhouse) went home with a prize. Simon Bridges and Todd Muller stayed on the front bench, Bridges kept the foreign affairs role he demanded, despite the fiasco in China last year where he drew international criticism for his fawning over the Chinese Communist Party. Muller’s keenest lieutenants (Chris Bishop and Nicola Willis) were promoted by Collins. As she had to do, given that these two are seen to be the most promising young talents in the caucus ranks.

Moreover… in the very recent past, Collins and deputy Gerry Brownlee have both publicly disavowed any need for National to be pro-active about improving its ethnic and gender balance. Yet in the reshuffle, Collins quietly addressed the perception problem created by Muller’s all-white shadow line-up, and she has promoted Dr Shane Reti to the front bench. So is her current stance on affirmative action unchanged, principled, or merely expedient? Brownlee, for his part, also got promoted – despite his dismal handling of the Christchurch rebuild.

Finally, and lest it overshadow the reshuffle, the Woodhouse demotion was announced a day beforehand but – even then – he was eventually rewarded with a plum role in regional development. In reality, Collins always had very limited room for self-expression. Faced with a fractious caucus and a very recent nightmare episode of turmoil, she had to keep everyone onside, and bowed to that pressure. After all, two of National’s more competent performers – Nikki Kaye and Amy Adams – had just resigned. Anything more than a slap on the wrist for Woodhouse would have run the risk of looking like a purge. In the end, the warrior queen had to act as if everyone was irreplaceable.

Footnote: A disturbing downside of the media air kisses to Collins (for her services to news bulletins past and present) has been the skewing of the news agenda that has come in its wake. On Wednesday PM Jacinda Ardern delivered a major speech on this country’s route of re-engagement with the outside world, including a four part breakdown of the plans for handling the Covid-19 infection outbreaks that Ardern conceded would almost certainly ensue.

However, this announcement got buried in the blizzard of Collins stories, at least one of which (“The Many Sides of Judith Collins”) consisted of one journalist asking three other journalists to share their perceptions of Collins. Meanwhile, the Australians were treating the Ardern speech as rather big news. The Melbourne Age ran it prominently on its website. So did the Sydney Morning Herald, under the headline: “‘We have a plan’: Ardern says NZ must prepare for virus resurgence.”

No such prominence was afforded to it by the New Zealand media. The speech was virtually ignored amidst the Collins cluster frenzy. RNZ briefly carried/buried it under the less than informative headline: “Covid-19 response: PM Jacinda Ardern outlines what’s next.”

Unwittingly, the Australian headlines, with their embedded “We Have a Plan” core message amounted to a silent rebuke of the NZ media. One of the meta-themes of National’s election campaign (and one which the mainstream media has been willing to endorse), is that Labour allegedly lacks a plan for the recovery of the domestic economy, and/or for how to re-engage in relative safety with the wider world. Well, this was an outline of how it proposes to do exactly that. But here’s the existential puzzle : if the government announce a plan and the media largely ignores it, is this plan a political reality? Alas, probably not.

Talking of genuinely talented women …Ariel Engle is a Canadian musician who records as La Force. She also sings regularly with the veteran indie band Broken Social Scene. Here’s a live version of her doing “ Hug of Thunder” with BSS band leader Kevin Drew on keyboards:

Judging by her Instagram posts, Engle is still currently working on the second La Force album. For now, here’s “The Tide” from the 2018 debut recording :

Anyone at the BSS gig in Wellington in the late 2000s will know just how good this band has been for so long. Finally, here’s Engle joining the rest of the gang in a live version of the title track from Broken Social Scene’s album “ Stay Happy”.