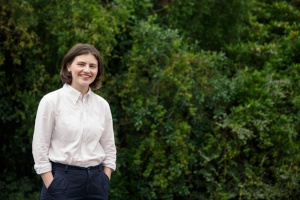 The Greens’ opposition to homecoming New Zealanders being required to pay about $3,000 towards the cost of their two week Covid-19 quarantine, needs to be seen in the context of the wider battle being waged on the centre-left for the overseas vote. Normally, the Greens can count on the votes of young Kiwis abroad as a useful boost /insurance policy in addition to whatever the party wins on election night. In 2020 though, and with the overseas media treating PM Jacinda Ardern as a demi-god, much of that vote is at risk of going to Labour. That’s a concern, given that the Greens are currently hovering in the danger zone at 5.7% support in the latest Newshub poll.

Cleverly, the Greens have seized on the quarantine issue to claw back some of those overseas votes. Hey, Kiwis on OE and worried about Covid-19! Not only are the Greens on your side when it comes to saving you $3,000. The move puts Labour in the rather awkward position of being reliant on National to get the necessary support in Parliament to implement the fees policy. This, in turn, enables the Greens to argue to young voters abroad that see, despite Jacinda Ardern being at the helm, the two old major parties share a lot more in common than you might think. Especially when it comes to policy decisions (on sensible marijuana policy, on quarantine fees, on climate policy) that affect young, idealistic voters. Voters who like to think they’re voting for an underdog. Of late, there hasn’t been much sign of the Greens-in-government playing the role of the plucky underdog. It used to be a role that served them so well.

Much the same logic has driven the decision to stand Chloe Swarbrick in Auckland Central, a move that’s likely to split the centre-left vote sufficiently for National to hold onto the seat. That prospect won’t keep the Greens awake at night. Swarbrick’s proven talents (and previous profile as an Auckland mayoral candidate) aside…the contest in Auckland will allow the Greens to conduct a high-profile branding exercise. It will pit Swarbrick – still quite young – against the two quite old major parties. After all, Ardern just turned 40 and National has just brought back Judith Colins and Gerry Brownlee from the elephants’ graveyard in a blatant pitch for the nostalgia vote.

Given the branding opportunity that Auckland Central presents, it really doesn’t matter whether Swarbrick wins the electorate or comes in third. The Greens are always after the party vote, and in 2020 they need to do a whole lot more to look like they’re fighting for your right to party.

Footnote: Reportedly, the cost to taxpayers of paying for quarantine will reach half a billion dollars by year’s end. The $3,000 fee being mooted here is still far less than in Australia, where states like NSW (and others) are about to levy a $NZ5,287 fee for the cost of feeding and housing returning Australians while they’re in quarantine.

OK we get it. For obvious reasons National are claiming operator error, and alleging there surely must be something wrong with the polls – or with the heavens – given that the party that’s born-to-rule is registering only a 25% level of support. While egad, Labour is at a rampant 61% in the latest Newshub poll. Trouble is, even National’s internal polling still has National at somewhere around 35%, and has Labour still in govern-alone territory at about 50%. Anything south of 40% is a losing hand for National, OK? National strategists must be clenching and thinking – we need to stay firm, hold the course and trust that the hideous events of the past three weeks will soon recede from public memory.

Maybe though, the party’s problems run deeper. No doubt, Judith Collins was once a force to be reckoned with, but that was back in…2010? 2014 ? It’s hard to pinpoint when exactly the nation experienced its Peak Collins moment, but it would have been at least five years ago. If only the caucus had taken a gamble and chosen say, the likes of Chris Bishop or Nicola Willis as deputy. That would have shaken things up, and suggested that there could be a new day dawning in Natsville after all.

The caucus didn’t do that. That’s the problem. In 2020, very few New Zealanders would regard Gerry Brownlee as the herald of a new dawn. Again, scientific opinion may differ on the exact carbon date for when Brownlee hit his prime, but it would be eons ago in political time. Certainly it was back in the period before Brownlee was put in charge of the train-wreck otherwise known as the Christchurch rebuild.

That’s the underlying difficulty. The top two slots on the National ticket for Election 2020 feel very much like a nostalgia tour. It doesn’t help National in its pretence to be a party with fresh solutions to unprecedented problems. No doubt, National would like to think that the golden era of John Key can be just around the corner, once again. No-one should underestimate the power of nostalgia as a political force. In 2016, nostalgia propelled Donald Trump into the White House. That turned out well, didn’t it?

Amusingly, the centre-right are trashing Winston Peters as a spent force. Yet under its current leadership, National is strictly Classic Gold Hits, 24/7. Vote National, for a better yesterday tomorrow. The polls are indicating that this souffle won’t rise twice.

Talking of polls that seem too one-sided to be true, yesterday’s claims by Donald Trump that he’s ahead in Pennsylvania and Arizona and doing fine in Florida are as usual, stone cold lies. As this report says:

Polling averages show the presumptive Democratic presidential nominee [Joe Biden] ahead in Pennsylvania, Michigan, Wisconsin, Florida, North Carolina, and Arizona. And some eye-popping surveys even have him leading President Donald Trump in Texas, which hasn’t gone for a Democrat since 1976.

As in New Zealand, party loyalists on the centre-left are cautioning that a degree of healthy suspicion about the current poll results is advisable:

But is it all too good to be true? Many Democrats certainly seem to think so.“I don’t trust polling,” Michigan Rep. Debbie Dingell recently told the Atlantic. “I don’t believe that Biden is 16 points up in Michigan; that’s a bullshit poll, and it’s the same people who said Hillary [Clinton] had it in the bag.”

Right. Of course, some of these avowals of suspicion are meant to ward off any complacency that victory is assured. In this country, the polling lead does suggest that Labour’s ground campaign can afford to leave the political messaging to Ardern. It can afford to put all of its organisational efforts into improving its ability to deliver voters to the polling booth on election day. Door knocking isn’t a conversion opportunity, but a means of updating where supporters do and don’t reside. At this rate, the harder job will be to find the National voters who may be out there, and willing to admit it.