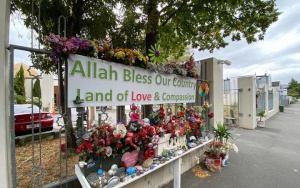 As we heard on RNZ this morning, the Moslem community is looking to the Royal Commission of Inquiry Into The Attacks on Christchurch Mosques for answers about the motives of the shooter. And also about and the adequacy of the security services and Police handling of the threat he posed – before, during and after the events of March 15, 2019. Yet on all the current signs are that while the public will be told the findings of the Commission, almost all the evidence on which the inquiry based its conclusions will remain suppressed. Probably, we will get a laundry list of the people spoken to by the Commission, but not what they were asked, or what they said in reply. That seems entirely inadequate. In the wake of the worst mass killings in New Zealand history, this Royal Commission was set up to investigate whether the trust that the public held in the Police and the security services was well-placed….but ultimately, it looks as though we will be told to trust the Royal Commission, and take them at their word in their final report. In these circumstances, trust has to be earned.

This situation isn’t entirely a surprise. Unlike the Burnham inquiry into the NZ military’s alleged misconduct in Afghanistan, the Royal Commission has bizarrely chosen to conduct all of its proceedings and interviews in private. All of them, in their entirety. This week, it once again cited as its rationale the Inquiries Act of 2013 which bestows incredibly sweeping powers to suppress anything – and everything – of public interest from the public gaze. Section 32 (2) for example, exempts inquiry proceedings and evidence from Official Information Act requests including at subsection (b) “any documents that relate to the internal deliberations of the inquiry and are created by a member of an inquiry in the course of the inquiry;” and/or that are “provided to the inquiry by an officer of the inquiry.” Phew. That should just about cover it.

But no, there’s more. The Inquiries Act gives even more sweeping powers of suppression under section 15(1)(a): which says the inquiry may at any time forbid publication of—

(i)the whole or any part of any evidence or submissions presented to the inquiry:

(ii)any report or account of the evidence or submissions:

(iii)the name or other particulars likely to lead to the identification of a witness or other person participating in the inquiry (other than counsel):

(iv)any rulings of the inquiry:

(b)restrict public access to any part or aspect of the inquiry:

(c)hold the inquiry, or any part of it, in private.

Right. And by what reasoning, pray tell, might the inquiry determine whether the public actually might have a legitimate interest in the evidentiary basis for an inquiry report that it paid for, and that are about events that left a serious and lasting impact on the community ? Or that raised doubts about the adequacy of the actions– before, during and after – that were taken by the state agencies it usually looks to for protection from such threats? Section (15(2) sets out the basis for keeping all that under wraps :

Before making an order under subsection (1), an inquiry must take into account the following criteria:

(a)the benefits of observing the principle of open justice; and

(b)the risk of prejudice to public confidence in the proceedings of the inquiry; and

(c)the need for the inquiry to ascertain the facts properly; and

(d)the extent to which public proceedings may prejudice the security, defence, or economic interests of New Zealand; and

(f)whether it would interfere with the administration of justice, including any person’s right to a fair trial, if an order were not made under subsection (1); and

(g) any other countervailing interests.

Feeling sufficiently patronised yet? Under (b) above for instance, you can be forbidden access to any evidence that might demonstrate the failings of say, the SIS, if knowledge of that information and how it was handled might “ undermine your confidence in the proceedings of the inquiry.” Or presumably, your confidence in the SIS or Police, in case you beg to differ from the Royal Commission with respect to the esteem in which those agencies should be held. Also. if evidence and how events relevant to the mosque shootings were managed should be deemed to undermine “the security, defence or economic interests of New Zealand” then such evidence will be kept from your prying eyes. And if all that’s not enough “ any other countervailing interests” can over-ride the public’s right to know the evidence on which the Royal Commission based its findings, and thereby the ability to assess how it arrived at its conclusions, and whether those conclusions are valid. Come the end of July when the Royal Commission releases its report, it seems we will largely have to take the findings – and the pathways taken to reach them – on trust. Feeling re-assured, in anticipation ?

There Was Another Way….

As mentioned, the Operation Burnham inquiry that has been conducted in parallel with the mosque shootings inquiry has been more open. To build public trust and to explore the apparent contradictions in the evidence before it, the Burnham inquiry required key defence personnel to make themselves available (with lawyers on hand) to be cross-examined at hearings made open to the media and to the public. Those public hearings exposed serious shortcomings in Defence practice, including in the rationalisations offered in the past by NZDF about the events in question. By doing so, the Burnham inquiry helped dispel some of the cynicism – for now at least – that the final Burnham report would inevitably be a whitewash. Openness generates trust. It is not the enemy of trust.

and the cross-examination of some NZDF personnel – in public is fascinating,.

The reason [for holding some inquiry hearings in public] is that NZDF personnel have made firm statements publicly that no civilian casualties occurred during Operation Burnham and have supported ministers to make similar public statements. These actions were taken despite the repeated allegations of civilian casualties in the media and elsewhere from immediately after the Operation until the present. Given that the statements of NZDF and ministers were made publicly, the Inquiry considers that they should be explained publicly. The basic questions of what NZDF personnel knew, what they reported and what was said publicly should, in the Inquiry’s view, be addressed in a public forum.

Good thinking. If prior public statements – and /or the omissions in them – are to be taken as a compelling reason for transparency, then this approach should also guide how the Royal Commission handles access to its own documentation. ( Sadly, it is too late now to hold any of the Commission hearings in public.) Obviously, the Christchurch shooter has made some prior public statements – both in his “manifesto” and when entering a “guilty “plea in court proceedings. At least some of the victims’ family members have told RNZ they want and need to read what the shooter said during his interview with the Commission. This should be virtually a knock-down argument in favour of transparency.

As signalled above though, what isn’t said and done by state agencies can be just as compelling as what they’ve actually said on the public record. In that respect, he SIS annual public reports over the past decade had contained no mention at all of the threat posed by right wing extremism and white nationalism. Instead, the SIS publicly exhibited an exclusive focus on Islamic radicalism, and on the recruitment efforts of Islamic State. The only public reference to white nationalism from the SIS over the past 10 years came in a one-line aside made publicly to Parliament by SIS director Rebecca Kitteridge in mid February, 2019, a month before the mosque shootings : “Internationally the slow, but concerning rise of right wing extremism also continues.”

That was it. It was slow, it was rising, it was of concern, but it was happening “internationally” and not here. If the public, which was so comprehensively misled by the SIS in this fashion in its public utterances for the past decade is to have its trust in the security services restored, it needs something more than the say/so of the Royal Commission that all is now ship-shape and in tip top working order down at SIS HQ. The documentation of what the SIS was asked, and what the SIS said in reply should be released. Fat chance.

Obviously, the provisions of the Inquiries Act allow the Commission to drop a blanket of secrecy over its proceedings. Yet that Act belongs to a bygone era. It assumes any revelations of SIS, Police or Royal Commission cock-ups would cause the public to lose all faith in their official guardians, and to fall into a swoon upon the chaise-lounge in the public parlour. That’s just not so. The public are adults, and deserve to be treated as such. With good reason, many people have developed a healthy scepticism about the Police, the SIS, officialdom, and their assurances. We owe it to the victims and to their families that the evidentiary basis for the Commission findings are made accessible to public scrutiny.

The priority here should not be to “preserve” public faith in the SIS and in the Police, or to accept on faith their assurances that they aim to do better in future. We need to know what they did – and didn’t do – to protect the community before, during and after the mosque shootings. Only by knowing what procedures are to be changed (and why) can the public have any faith that the risks to their safety will be better anticipated, and better managed in future.