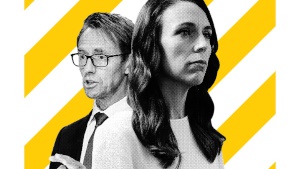 For most of the past week, any consumer of this country’s management of Covid-19 would think New Zealand was actually Brazil, or Texas. The media language has been full of claims of “botches” at the border, and laxness and inexcusable errors that amounted to a “national disgrace.” Amidst all this talk of “fiascos” and ”chaos” anyone could be forgiven for failing to grasp that as yet, not a single person has become ill, let alone died as a result of these allegedly calamitous lapses in border security and quarantine testing. For weeks, no community transmission of the virus has occurred, anywhere, in New Zealand.

This discrepancy is puzzling. Normally, the New Zealand media is proud to inform us if a Kiwi wins an OK dinghy contest in Scandinavia, or creates something that goes viral on social media. Why are we not celebrating the fact that New Zealand is the safest place on the planet to be right now, in the midst of the worst global pandemic in a century? After all, it hasn’t been by accident that this country has become a safe haven in a world of carnage. It has been the direct result of the actions taken by the same people now being denigrated – ie. everyone from the political leadership to the health and border security staff on the front lines. It has been their hard work that has delivered this high level of security now being enjoyed by all New Zealanders. Unlike the citizens of other countries, New Zealanders do not feel they are taking a deadly risk every time they go out beyond the front gate. Politically though, that’s always the risk with managing public health – when it goes well, it is as if nothing has happened.

I’m not suggesting that border lapses should not be reported. Some of the past mistakes – probably born of complacency about our early success – have been identified and rectified. Yet on the current evidence they have been corrected so far, without any serious consequence for anyone. Again, why has the media – presumably through naivete rather than complicity – been so willing to piggy back on the Opposition attack lines in lieu of doing its own reporting on and evaluation of our response to the pandemic? Sure, good news tends to be boring, but the readiness to blow some of the lapses that have occurred right out of proportion has been inexcusable, and is of advantage to only one side of the political debate.

As things stand, National cannot win the election in September if the response to Covid-19 is seen by voters to have been a success. National has a vested interest in diminishing that success. The media surely, has to retain a healthy skepticism and a semblance of distance from this entirely sectarian political effort – rather than being such an avid accomplice of it.

The claims of laxness at the border are particularly rich coming from a National Party that has been enabled to cry crocodile tears unchallenged in news bulletins about the alleged carelessness and subsequent risk to public health created by how we’ve been treating returnees, and the entry of skilled migrants. Whaat? From the outset of this pandemic, National has criticized the government for going in hard and early and putting public health goals ahead of economic goals. It has made bogus claims that Australia has suffered lesser economic harm than we have, through being more sensitive to the needs of commerce. It has also alleged that Australia has achieved better public health outcomes at the same time by doing so. None of this is true. The alternative management approach to Covid-19 that National has been promoting has no credibility, yet it has not been held to account on that score.
This is deeply unfortunate in the light of Election 2020. We can safely assume that a National-led government would have followed the example of Australia. Thank goodness we dodged that bullet. We have 13 active cases, but Australia recorded nearly three times that number of new cases on Wednesday alone, and has 494 active cases in all. On Wednesday the state of Victoria called in the military to help it handle the 141 active cases in Victoria alone.

Comparing New Zealand with the outcomes in Victoria is a useful exercise. Victoria has a population of 6.3 million, half of it concentrated in Melbourne. It has had 1,884 cases of Covid-19 to date, and in 241 of those cases the infection occurred somewhere else in Australia, but where and how the infection was contracted in those 241 cases is not known. (No-one is calling that failure of tracing a fiasco, or a scandal) Victoria has community transmission. We do not. As of Wednesday, the reported transmission rate in Victoria was a frightening 1: 2.5 people. Meanwhile and on the economic front… Qantas has been described this week as the kangaroo in the coalmine when it comes to the economic impact of the virus on Australia overall. On Wednesday, Qantas sacked 6,000 of its staff, and indicated that the airline’s recovery plan might require the standing down of a further 15,000 staff.

In sum, and on the evidence, Australia has done no better than us in economic outcomes, is doing worse than us in public health outcomes and is headed in the wrong direction in controlling the disease. Yet this failed model is what the National Party has been promoting all along, and is what would have adopted had a National government been in power here. Perhaps the media could begin to raise this credibility problem, now that we’re on the verge of an election campaign where National’s main pitch to voters is that it is a safer pair of hands in a crisis, and is a better manager of the economy. In its dreams. For the past three decades there is absolutely no evidence that has been the case, beyond its provision of an occasional sugar hit to the economy in the shape of tax cuts and asset part-sales. Sure, you can always keep warm for a while by burning the furniture, but this isn’t a sustainable way of running the economy.

There’s more. The last time around, even the hallowed Key/English administration ignored glaring social problems and serious infrastructural needs, while also hiding its head in the sand about the looming challenges posed by climate change. Even so, the media has not held National to account for its years of neglect to anything like the same degree, and with nothing like the same accusatory tone we’re seeing today. IMO, it was the social deficits that the coalition government has had to grapple with that constitute the genuine “National disgrace. ”

Footnote:
Chances are, no budding young Kiwi politician is ever going to say “ It was Phil Twyford who inspired me to get into politics.” Even so, the past week’s
rash of Twyford bashing stories in the media seem particularly unfair, given that the news peg for them has been the shelving of the light rail project in Auckland, apparently because of New Zealand First’s refusal to support it. Blaming Twyford for not being able to force NZF into compliance is lazy journalism, given that Nelson Mandela himself would have struggled to get Winston Peters to support light rail in Auckland.

Apparently, some in the media remain unable to acknowledge MMP realities, even nearly 25 years down the track. They still pine for the FPP strongmen able to dictate the political outcomes, and appear willing to accept nothing less. A more accurate framing of that story would have been : Twyford postpones light rain until a Labour/Greens government is elected in September than can pass it – and with New Zealand First flatlining behind the Act Party at only 2 % in the polls, that outcome looks entirely possible. If so, can we expect to see a rash of “Twyford’s Triumph” headlines sometime in future ?

Good Old Alma Mater
In the wake of the George Floyd protests and Black Lives Matter rallies, actions have been taken to topple monuments to (a) Confederate generals across the United States and (b) statues of slave traders in the city of Bristol in the United Kingdom. The incongruity of naming US military bases after traitors who took up arms against the Union in defence of slavery is finally receiving due attention. But whether renaming Fort (Braxton) Bragg, or mothballing the statue of arch-coloniser Cecil Rhodes at Oxford University, there is one example that has so far, escaped much attention : the Ivy League university of Yale. That would be good old Yale, the palace of learning immortalised by Cole Porter in the Yale fight song “Bulldog”:

Bulldog! Bulldog!
Bow, wow, wow
Eli Yale
Bulldog! Bulldog!
Bow, wow, wow
Our team can never fail
When the sons of Eli
Break through the line
That is the sign we hail
Bulldog! Bulldog!
Bow, wow, wow
Eli Yale!
So who was this university founder, Eli Yale? Alas, he was not one of the good guys:
In 1718, Cotton Mather [infamous for his role in the Salem witch trials] contacted the successful Boston born businessman Elihu Yale to ask him for financial help in constructing a new building for [Collegiate] College. Through the persuasion of Jeremiah Dummer, Elihu “Eli” Yale, who had made a fortune while working for the East India Company overseeing its’ slave trading activities[20] while living in Madras, donated nine bales of goods, which were sold for more than £560, a substantial sum at the time. Cotton Mather suggested that the school change its name to “Yale College”.

So good old Yale owes its genesis and its name to a guy who made his fortune in the slave trade. Somehow….and for reasons of pure class snobbery, you can bet that the name of Yale will not be an easy victory for the forces of change.