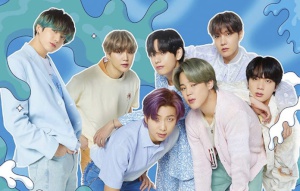 After all, as Woodhouse went on to say, even the fact the government is checking his claim lends credibility to his allegation. Or as he put it : “In any case, the fact that they have gone to such lengths to verify [ I think the right word here is “discredit”] the story, they certainly acknowledge by those actions that it could have happened.” Too right. So from now on, nothing that Michael Woodhouse says should be taken seriously. It only encourages him.

Woodhouse may have jumped the shark with his allegations about the quarantine process, but it fits with National’s desperate attempt to paint New Zealand’s global success story against Covid-19 as a “ shambles” – to quote National leader Todd Muller. My dictionary defines a shambles as “a state of total disarray” and/or as a slaughterhouse. Neither definition fits the Covid-19 situation in New Zealand. Get a grip. Almost every other country in the world would love to be enjoying the situation the coalition government has delivered here : whereby currently, we do not have any cases of community transmission, and the ten active coronavirus cases are all sitting isolated in quarantine. To call that achievement a “shambles” and a “ national disgrace” is idiotic.

Yes, there had been lapses at the operational level in how we have managed border control, testing and quarantine. Rules were not followed in some cases. Errors were made, and they appear to have been corrected in time. Yet – and again, it helps to keep in mind the daily death tolls being racked up in many other developed countries – there is no evidence that those lapses have as yet, resulted in community transmission, much less in communicable illness, much less in death. Meaning : we may well survive the human errors made. Those mistakes seem to have been a product of complacency about our success to date.

In the meantime, the wild language that National is tossing about is doing a disservice to the people on the front lines, whose ongoing hard work has succeeded regardless in making New Zealand the safest place in the world to be during this pandemic. Criticism is important and has helped to improve the systems now in place. Yet by using apocryphal stories and extreme language for political advantage, National is eroding our ability to cope with community transmission if and when it does return. If operational lapses – now apparently fixed, so far without major consequence – qualify as a ‘shambles” there’s an obvious risk of being seen to be crying wolf when and if something worse happens. The reality is that National cannot win the next election if the team of five million is still seen as a success story. Right now, National must be yearning for a case of community transmission, so that they can make political capital from it.

Everyone likes a good news story and it has been the best one this week….how highly organised armies of Korean pop fans have successfully weaponised their online power and thrown it in behind the Black Lives Matter movement. First, the fans raided the Dallas police protest surveillance app and filled it with K-pop idol chat and videos. Then they raided and occupied the racist White Lives Matter website and similarly flooded it with memes and videos of favourite K-pop idols. Then – famously – some of the estimated 90 million K-pop fans worldwide flooded the website for Donald Trump’s campaign rally in Tulsa with fake registration requests that lulled Team Trump into bragging that there’d been a million requests for tickets from people clamouring to hear the President, before reality struck in the shape of a half empty arena. Reportedly, an angry Trump and his hapless deputy Mike Pence had to cancel their appearance on the (hah) “overflow” stage.

Yep, fan-driven social activism evidently works. Online clicks can have real life positive consequences. It isn’t the first time either. K-pop fandom has previously shown its capacity to make social altruism part of the very notion of being a music fan. As mentioned in this column a while ago, some fans of the band BTS, the Korean pop industry’s colossus, have organised themselves to buy BTS merchandise and give it away, while the An Album For Every Army sub-unit buys BTS albums and distributes them it to their less fortunate fellow fans who love the band just as much, but who can’t afford the price tab. The BTS fan machine is well described here and even better, here.

And yet…and yet… As in many other cultural industries, the stories of misogyny, anti-black and anti-queer practices are also common in K-pop. The gruelling process of grooming and training K-pop idols in music and dance make the youth involved ripe for all forms of exploitation. Inevitably, this legacy has served to complicate K-pop’s relationship with Black Lives Matter. Initial point being – a lot of K-pop imitates, borrows, or steals outright from r&b, and from hip hop. In that sense, the online activism could be seen as a belated form of payback, for K-pop’s ongoing acts of cultural larceny. Even a casual glance at the videos shows that K-pop is full of hoodie cosplay, plus the fade cuts, the corn-rows, the chains, the dollar sticks, the gangsta content, the faux black voices and….how exactly is this to be read ? Is it sincere mimicry/adaptation, or rankly offensive daylight robbery. ? Even that judgement isn’t a straightforward matter.

What this excellent podcast does is to explore these contradictions, and while doing so it makes a useful distinction between (a) appropriation, whereby someone sees or hears something and thinks “I’m going to steal that” and (b) mis-appropriation, whereby a musical and cultural style has become so prevalent in global culture as to make any claims to original ownership all but – given how the content is now seen to comprise signifiers of cool for entire generations, worldwide. BTS and a lot of other K-pop acts have done types of appropriation/misappropriation over time. So did a lot of ‘Pacific reggae’ musicians before them with regard to a musical culture created in Jamaica, and much of New Zealand hip hop continues to treat south Auckland as virtually synonymous with South Central. (Arguably, being a member of an indigenous culture doesn’t convey an automatic licence to ‘mis-appropriate’ – in the sense above – the music and the cultural stylings of another indigenous culture.)

The early BTS’ flirtations with blackness had been seen as cringe-worthy :

Early audience reactions included a lot of eye-rolling at what was viewed as a superimposed gangster image that the band hadn’t earned….A K-pop commentator who goes by the mononym Stephen ran a weekly podcast, This Week in K-Pop, from 2013 to 2017, which chronicled new releases in K-pop and inevitably documented the rise of BTS. But Stephen and his co-hosts were initially sceptical of the band. “Now K-pop has faux hip-hop undertones everywhere,” he said. “But in 2013 there wasn’t really that much, other than Big Bang. So when [BTS] came out with this very in-your-face, ‘We’re hip-hop’ image, it felt a little silly.”Stephen pointed out that K-pop in general suffers from this problem. “K-pop really likes the look and attitude of hip-hop, but not too much. It’s very surface-level: hip-hop as a culture rather than as a musical genre.”

BTS have added their own elements to the mix : such as their confessional sincerity and professions of vulnerability. In that respect their social activism is seen to be just another dimension of the same confessional communication they share with their fans. Arguably, the Black Lives Matter activism of K-pop fans is consistent with BTS’ own lyric commentary on domestic South Korean society.

At this point and 40 years after hip hop first entered the mainstream of global culture, it is hard to see that hip hop and its cultural signifiers are the exclusive property of any one community. All praise to the originators, and homage always has had an element of robbery wrapped up in it. Yet K-pop – like Elvis Presley did and as David Bowie did via his collaborations with the guys from Chic – has created a feedback loop with an era of black music that the members (and managers) of BTS and other K-pop stars plainly love. Nicki Minaj for instance, was on the lead single from the last BTS album, and if some K-pop does sounds a lot like 90s r&b male groups such as Boyz II Men and Blackstreet (and to girl groups like TLC) there’s a good reason for that : Teddy Riley, Russell Simmons and other US music producers associated with an earlier era (of new jack swing) are now working directly for the K-pop music factories.

Finally, it needs to be stressed that K-pop fandom isn’t monolithic. Different groups have different kinds of fans, and K-pop fandom in Japan for instance, has its own array of cultural shadings So yes, it is a good news story that some of the K-pop fan armies have been swinging in behind Black Lives Matter and true, some aspects of that commitment are probably on the shallow side, and are rife with contradictions. Yet to see Trump humiliated in the way he was in Tulsa, one can forgive K-pop for quite a few of its cultural sins.

Footnote : Talking about the fiasco in Tulsa, you may not have seen this tweet by former Attorney General Jeff Sessions, who was regularly humiliated by Trump, and eventually fired by him – but is now plainly begging for more .

A Life that Matters

In his own way, Brother Theotis Taylor is living proof of a life of black talent, gone largely unrecognised. At 92, this gospel singer from Georgia has never made money out of his music. He’s worked for decades as a turpentine farmer, like his father and grandfather before him. That work finally gave him RSI and has stopped his piano playing – although he’ll still doing some singing in church, when he can find a suitable accompanist.

Good luck with that. Because in the live recording below of “ If I Can Just Hold Out Until Tomorrow Comes” his falsetto voice sets up some tricky tensions with the rhythms he’s playing on the piano, not to mention the way he uses the high notes on the piano as a form of percussion. It is amazing stuff…Come mid July, Mississippi Records will be releasing an album of his home recordings. You can pre-order

Here’s Taylor at the piano during the late 1970s :

Also, here’s a lovely five minute documentary about him, his life and attitude to music: