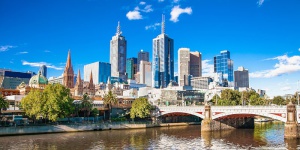 If anything the Covid-19 outbreaks occurring this week in and around Melbourne are a timely reminder of the bullet we dodged by not having a National government in power here. Ever since the onset of the pandemic, National has urged the Ardern government to ease the restrictions on business, and to follow the lead set by Australia, since this approach would – allegedly – limit the damage to our economy, and to the firms in the front line.

Well, try telling that to the state of Victoria which on June 1st eased its lockdown restrictions on how many people could legally gather at home ( five) and in public gatherings ( ten). There was an expectation that further, pre-announced easings would kick in today, and this led café and restaurant owners in Victoria to take orders and bring in supplies….only to find that a sharp uptick in Covid-19 cases has now caused the state government to backtrack, re-impose the June 1st lockdown restrictions, and postpone the further easing that everyone had been planning on.

It was precisely this outcome – the zigzagging in and out of lockdown – that the NZ government has avoided by going in hard and early, an approach that has consistently been criticised by National. For good measure, the strict conditions imposed for compassionate exceptions to the rules on funeral attendance were decried by National as being “inhumane” – only for the party to then do a 180 and decry the subsequent operational laxness on compassionate entry as a “fiasco.” For the Goldilocks opportunists in National, government policy on Covid-19 is always too lax or always too strict, or always both at once.

At present though, the contrast with Australia is striking. If this was happening on a rugby field, we wouldn’t be hearing the end of it – because frankly, we’re kicking their butts. While we still wait to see what cases (if any) may arise from the recently-detected operational failings at New Zealand’s borders, the fact remains that we do not currently have any active cases of community transmission. All of our current cases originated from offshore, and have been detected and isolated in quarantine. By contrast, ten of the 19 new cases detected only yesterday in Victoria alone, have been deemed to be community transmission, and at last count Victoria had 121 active cases of infection. Across Australia, 25 new cases were detected yesterday. New Zealand currently has 7 active cases in all, and to repeat – all of them are currently in quarantine where they are now (albeit belatedly) being tested on day three and on day 12 of their stay.

We should be expecting to record an increase in detected cases. It has nothing to do with domestic health policy. It is because of late, the numbers of people coming into New Zealand from global hot spots have been sharply increasing, with 4,000 recent arrivals and another 1,000 due this week. Not only will it (obviously) be crucial to manage this influx into a sufficient number of adequate quarantine sites. It will also be essential to ensure that the staff and contractors working on those sites are sufficiently trained and equipped (iewith PPE gear) to avoid transmission. As mentioned in this column last week, one of the significant recent infection clusters in Melbourne has been among the security guards employed at the Stamford Plaza quarantine hotel. This outbreak will do nothing to lessen the fears of the circa 300 Aucklanders who live in apartments atop the Stamford Plaza in central Auckland, reportedly under consideration

as a possible quarantine site.

In sum, Australia would probably give its right arm to be in the fortunate position that the coalition government’s approach has created for New Zealand. Of late, National Finance spokeperson Paul Goldsmith has been consistently contradictory in (a) criticising the operational laxness at the border while simultaneously calling for fewer restrictions on entry from offshore. In similar vein, Goldsmith has also (b) lamented the government’s hardline approach as damaging to the economy and consistently called for fewer restrictions on business operations…even though Victoria right now is demonstrating that such an approach is even more damaging to the economy, because it is tipping firms in and out of lockdown in unpredictable fashion.

If this is what National means when it claims to be a superior manager of the economy, voters should consider themselves well warned. Talk about finding flies in your chardonnay. Ultimately….how many lives would National consider to be an acceptable sacrifice to the gods of business, in the interests of opening up the economy faster and wider, to the inroads of global commerce ?

On Thursday 25 June, there, will be a Supreme Court hearing on the possible bearing of tikanga on whether the appeal against conviction by the late Peter Ellis should proceed any further, given that Ellis is now deceased. As the Supreme Court puts it in its backgrounder:

a) whether tikanga is relevant to any aspect of the Court’s decision on whether the appeal should continue;

(b) if so, which aspects of tikanga; and

(c) if relevant, how tikanga should be taken into account.

…… The purpose of the further hearing on 25 June 2020 is for the Court to hear submissions from the parties and the intervener on the tikanga questions set out above. The Court will consider those submissions, along with the submissions it has already heard, in order to decide whether or not the appeal should proceed.

Normally, an appeal will continue after the death of the appellant only if the practices that generated the alleged injustice persist, thereby enabling a new precedent to correct, guide and inform future practice. In November, the Crown argued that this was not the case here, since the rules and practices for obtaining and presenting the evidence of child witnesses has changed substantially since the Ellis case in the early 1990s. This is not the only relevant factor though, since one of the justices on the bench on Thursday – Susan Glazebrook – has written extensively about the problems that contradictory expert witnesses continue to pose for juries, and for judges. Glazebrook would presumably have a keen interest in whether the Ellis case can shine some useful light on just how the courts should handle expert testimony in future.

The tikanga aspect of the argument for the continuance of the appeal will presumably consider whether, even in death, the reputation of the deceased merits and demands ongoing protection. If after Thursday’s hearing, the Supreme Court agrees with that proposition then the Ellis appeal would presumably continue. In which case, it will be interesting to see how the Court proposes to define the scope and mechanisms for its third condition cited above, and manage the access to appeals based on the tikanga precedent.

Presumably, this ground would be open to both Maori and non-Maori alike. Theoretically, there is a risk that the Court could open the floodgates to people wishing to revisit past cases in the light of current practices, in the interest of wiping away the blot on the family good name. Presumably, the Supreme Court will want to give weight to Maori values about protecting the mana of the ancestors….but without in the process, inadvertently creating the judicial equivalent of retrospective Mormon baptisms of the departed.