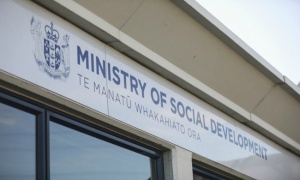 Ever since Victorian times, the unemployed have been a problem for those more fortunate, wealthy and powerful. Down the ages, society has been torn between providing for them as victims of misfortune, or dealing to them as the shiftless agents of their own condition. Either way, the poor are commonly regarded as The Other – as a group of outsiders gathered pitifully, reproachfully, or (depending on your POV) threateningly at the gates of polite society.

This week, people on welfare have once again been a political football. Covid-19 has thrown tens of thousands of people out of paid work and onto benefits, thereby exposing many of them virtually overnight (and for the first time) to the harshness and anxieties of genuine poverty. Among other things, the virus has blurred the implicit division between the deserving and undeserving poor on which the whole edifice of welfare targeting has been built. Essentially, the modern welfare system has been set up to reward the innocent and punish the negligent, while also policing the boundary line between those reliant on benefits and those people still in paid employment, no matter how meagre those pay cheques may be.

Covid-19 has scrambled tat set of distinctions. Because the virus has thrown so many people out of work so suddenly – and so close to an election – the government has cynically chosen to ease them into poverty on a timeframe that’s likely to postpone the full flowering of their anger and desperation until after election day, September 19. The new Covid dole calls for a different form of track and trace. People who can trace their redundancy back in a straight line to Covid-19 on or after March 1st will qualify for a special Whopper-sized serving of the dole. Yes, the good news is that this dole will be paid out at more than double the usual level of the unemployment benefit. The bad news is that this gold-plated welfare innovation will evaporate after only three months :

The Government is promising to pay workers who lose their jobs due to the coronavirus crisis more than double the unemployment benefit, in a newly announced $1.2 billion scheme. The weekly “income relief” payments, set at $490 a week for full-time workers and $250 a week for part-time workers, will be given to workers instead of the unemployment benefit, if they lost their job due to Covid-19 after March 1.

Amazing, If you were made redundant before March 1 (or subsequently for reasons other than Covid-19) then tough luck : your dole payment will be less than half that of the people rendered jobless by Covid-19. Similarly, if you’ve been on a benefit for longer, but are now watching your avenues to paid employment being destroyed by the virus, then hey, tough luck. Unlucky beneficiaries will have to be satisfied with the $25 week pittance added recently to benefit levels that were already deemed to be grossly inadequate by the government’s own Welfare Expert Advisory Group report, last year.

And yet….this exercise in rank electioneering is being sold as an exercise in compassion :

.Finance Minister Grant Robertson, announcing the scheme on Monday, said the payments were needed to help workers during a “1-in-100” year recession.

“”People who have been in work have suffered a very sharp income drop, and that obviously that’s very unexpected because of Covid-19 … It’s a recognition that we need to cushion the blow for people,” he said.

Yes, the blow needs to be cushioned for those people – or their friends and extended families – who will probably include some of the 15% of soft centre-right voters who have recently deserted National, and gone over to Labour – largely because of the competent way the public health dimension of the Covid-19 crisis has been handled. The sensibilities have been made paramount.

In some ways, this battle for the allegiance of the soft and floating centre-right segment of the electorate looks like turning into one of those messy divorce proceedings that end up in Family Court. Who’s going to get the kids? Will it be National, who have had custody for most of their voting lives, or will it be Labour, who can afford to offer them more creature comforts ( however temporarily) and better options in the immediate future ?

One thing is clear : what Labour is doing isn’t welfare reform. The inflated Covid-19 dole and the increased Winter Energy payments are Band-Aids on poverty, not a solution to. They’re handouts with a built-in expiry date, before the status quo is allowed to kick in once again.

This week, the Greens parted ways with the government over this failure to carry out genuine welfare reform – as Labour had promised the Greens it would do, back when the coalition was being formed in 2017. Interesting that a social justice issue like welfare reform should have been the breaking point. Until now, the Greens had seemed happy enough to serve as Labour’s junior auxiliary force of climate change first responders. Sir, reporting for duty, sir !

However, nothing serves to focus the mind quite like the prospect of imminent execution. With the polls indicating their political survival may be too close to call, the interesting thing is that the Greens have turned (for a lifeline) back towards the social justice part of their kaupapa. The one silver lining with Covid-19 is that it has cast a spotlight on the inadequacy of the current benefit levels, and on the threadbare state of the welfare safety net in general. Sadly for the Greens, environment issues are just not getting much cut through in the current climate. Right now, the socio-economics of Covid-19 survival are the ground on which any party to the left of Labour needs to stand, heading into Election 2020.

That’s partly because Labour is barely a centre-left party at all on welfare issues. From its inception, the Labour Party has tended to treat welfare recipients as a palpable threat to the working poor, in that beneficiaries are seen to comprise a pool of desperate competitors liable to drive down wages and conditions.

For that reason, Labour has always tried to maintain a clear bright line between even the minimum wage and benefit levels. Since the early 1990s.there’s been a tacit bi-partisan consensus between the major parties on keeping beneficiaries locked away in the income basement. Over the same period, successive governments have put a whole lot of their time and energy into creating and maintaining a low wage economy in New Zealand.

Essentially, that’s why National’s benefit cuts of the early 1990s have never been reversed, even by the Clark and Ardern.governments. So yes, there is plenty of political room on the left for the Greens on this welfare reform issue – but only if they have the heart for a sustained battle.

Footnote One: Predictably, newly National leader Todd Muller has criticised the two tier system created by the government’s super-sized Covid-19 unemployment payments. Not a word from him however, on the adequacy of the current benefit levels. Or on whether – in the wake of the biggest economic shock delivered to the global economic system in nine decades – the welfare system might be in need of some extra attention and a funding top-up. Apparently not. . All the available funds, in his view, should be directed to business. No surprises there. The National party that brought us benefit cuts is still evidently running on the same policy settings as it was 30 years ago.

Footnote Two: The fact that only white people occupy the first dozen places in the new National Party line-up shouldn’t come as a gob-smacking surprise. It is a conservative party after all, and proud of it. In particular, it is a party of white men run primarily for the benefit of other white men and with policies targeted in tone and content mainly at white male voters. Nikki Kaye is there mainly to provide the sparkle factor, if not to fetch the coffee. Even a bit of tokenism towards the Treaty partner wouldn’t have altered these basic settings.

Where tokenism has been deployed – beyond Nikki Kaye – has been in the elevation of those two young’ uns, Chris Bishop and Nicola Willis, clearly destined to be the Thing One and Thing Two of the youth vote. Talented though this pair may be, they’ve been selected because they’re deferential to their elders and betters, and have been reliably programmed not to stray beyond the party’s message points. Edgy, they’re not.