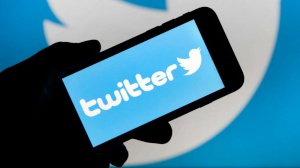 Whatever the failings of our own politicians, spare a kind thought for the majority of Americans who did not vote for Donald Trump. Sure, it was depressing this week to watch Todd Muller clinging for dear life to his talking points on Q&A, lest he be carried away in the slavering jaws of Jack Tame…. but this was mere incompetence, not malice. At the same time the President of the United States was (a) falsely accusing one of his media critics of murder, and (b) threatening to shut down Twitter for attaching a warning label to Trump’s attempt at poisoning the electoral process by falsely claiming that postal voting has led to extensive voter fraud.

Just another normal day in the land of the free. Twitter’s somewhat feeble attempt at stemming the flow of online disinformation has underlined just how little has been achieved on this front – including by our own Christchurch Call. Twitter’s warning sign on the Trump tweet was the only logical outcome of its recent promiseto “limit the spread of potentially harmful or misleading content” online, by attaching labels to content that’s blatantly false and damaging.

Facebook has also weighed into the dispute – but on Fox News, and on the side of the President. Here’s a good rake on that backstabbing move, by Mike Masnick of Techdirt.

As the Columbia Journalism Review (CJR)pointed out last night, Twitter’s gesture at online curation contains two major flaws. One, it suggests via “ the implied truth fallacy” that the tweets that don’t carry warning labels are true. With Trump’s tweets, that’s clearly not the case. The man is a daily geyser of lies, disinformation and baseless attacks on people and institutions he sees as irritants or obstacles.

Moreover, Twitter’s labelling efforts( could easily be misread as an endorsement of the “ if you want more information, go here” variety. Regardless, Trump is threatening to shut Twitter down, which is something that – supposedly – he cannot do.

This morning however, Trump signed an executive order to initiate legislation targeting section 230 of the Communications Decency Act which (a) exempts social media companies from legal liability for the content they carry and (b) by doing so, provides the basis for a free and open Internet. That’s the irony. In the name of stopping Twitter from “censoring” his lies, Trump is trying to open the door to sweeping political censorship of online comment.

The man is consistent. Over the course of his administration, Trump has systematically sought to dismantle the international alliances that constrain American power. Domestically, he has set about gutting the nation’s internal regulatory bodies. Over the past six weeks alone,, Trump has removed from office five inspectors-general, the independent watchdogs against corruption and the abuse of power.

Twitter and those other social media giants like Youtube and Facebook have been walking a tightrope for some time. Obviously, curation of online content is not an easy task. ( The columnist Kate Komick once described it as being like trying to retrofit a skeletal system onto a jellyfish.) Facebook in particular, has made an art form out of promising a tactical amount of self-regulation – but only just enough to stave off legislation, and without interfering with core business. CJR’s column “Facebook’s Oversight Board : Supreme Court or Figleaf” is a useful starting point on these efforts.

There are no easy options. Sure, the techniques of online radicalisation are alarming, but so are the over-reaching attempts by politicians to control them. So far, these attempts have either been innocuous ( the Christchurch Call) or in the case of Trump’s latest gambit, a blatant attempt to turn the Internet into a mirror image of Fox News.

Footnote : For a fascinating microcosm of the issues involved in online curation, I recommend the Rabbit Hole podcast on theNew York Times site. It traces the journey made by a young guy called Caleb who got recruited to far right causes by the likes of Lauren Southern on Youtube, and then got de-programmed by left wing Youtube hosts like Destiny (whose classic 2017 debate with Southern and dissection of her anti-immigrant rhetoric is available here )

Rabbit Hole also cites the influentai work of Contrapoints, aka Natalie Wynne who has been a star of lefttube commentary since 2018. The hilarious takedown of Jordan Peterson is here and last year’s segment on “ Men” is also well worth checking out. Contrapoints offers serious, longform analysis of the John Oliver sort, but is more cerebral, and funnier.

But I disgress. By taking one concrete example, Rabbit Hole is able to show – in parallel – exactly how the algorithms push Youtube users further and further down the rabbit hole ,and into the seriously bad stuff, like neo-Nazism and white naltionalism. More of a call to do stuff as per Christchurch, rather than the Christchurch Call. .

A Week Is Forever

Thank goodness for the Queens Birthday weekend break huh, Todd ? So…what have we all learned in the eons since Simon Bridges was removed from his position of impotence ?

Well…and to put it mildly, Todd Muller and Nikki Kaye both appear to be gaffe prone, and alas once politicians go down that slippery slope it is pretty hard to climb back up to credibility again. While certainly hilarious – in a David Brent comedy of embarrassment kind of way – this week’s litany of pratfalls have been an especially bad look for National, whose whole political schtick is based on its claim to be the only competent adult in the room.

The damage has been self-inflicted too. Muller still doesn’t seem to grasp that his MAGA hat is actually a toxic emblem, and not merely a cute holiday souvenir. Then came the unveiling of the “ new” line-up in whiteface, and it took TV3’s Tova O’Brien to point out to Muller and Kaye ( great comedy routine name BTW) that this monocolour look might be culturally and politically problematic. Famously, Kaye then compounded Tovagate by claiming that Paul Goldsmith was ‘obviously” Ngati Porou, which Goldsmith twice had to correct her about, on camera. Zut alors.

But there was even more. Party dinosaur Judith Collins playing the victim card by saying in Parliament that she, for one, was “sick of being demonised for her ethnicity.” Shock : the Crusher is a snowflake ! Even by Collins’ standards, this came across as a pretty clumsy pitch for the redneck vote. At this rate, the National caucus might have handled the Bridges coup better last week by sending out an invitation to Winston Peters to please come back home, as party leader.

Sure, maybe none of this matters outside the Beltway. Maybe middle New Zealand will embrace the underdog, and give Muller points for trying, Maybe but unlikely. Because the really chilling thing for the National faithful this week wasn’t this litany of beginners’ errors, but Muller’s repeated demonstration of his inability to think on his feet in (a) that terrible interview he did with Jack Tame on Q&A and even worse, in the morning TV interview with John Campbell. It can be good to stay on message. Agreed. But not if you look like a jammed robot when you’re doing so.

But again, some would argue… maybe even that will not matter. Don Brash after all, was a gaffe machine who struck terror into the hearts of his advisers whenever he rambled off message yet he still almost got himself elected Prime Minister. Funny, but Brash launched that bid with a Maori-bashing speech at Orewa. Is there a theme – or an ancient curse – that’s detectable here ?

Brash was a luxury the centre-right could afford back in 2005, if only to get rid of the albatross of the Bill; English leadership., and besides, we were all nearing the end of an economic boom period. Affability could be allowed to trump basic competence. We could afford to take chances back then. Now however, we’re being asked to reward Muller for his naivete when we’re facing the economic havoc caused by a global pandemic. Chances are, most voters will conclude that the same crew who handled the virus so well might also be the best bet to steer them through the economic aftermath, too.

Footnote One.: Under fire, Muller praised Dr Shane Reti’s abilities to the skies, without quite explaining why a person of such stellar talents should be ranked at only No 17. But then Muller knows first hand what that feels like. If you go back to Muller’s July 2019 Q& A interview, Jack Tame begins by asking the then climate change spokesperaon why, if National took climate change seriously, Muller was ranked at only number 31 in a caucus of 55. Nope, Muller claimed, that meant nothing. Who knew that National believed so firmly in egalitarianism?

Footnote Two : One of the difficulties Simon Bridges faced was that the more the public saw of him, the less they seemed to like him. Muller may go the same way, Late last year Muller launched a strange attack on Te Papa for holding an exhibition that – among a myriad of other interactive components – contained a slide that raise a rhetorical question as to whether one cure for cutting our greenhouse gas emissions might be to reduce the size of our dairy herds. The very suggestion, Muller claimed was “a kick in the guts” to the dairy farming community. A clearly incredulous Corin Dann interviewed Muller about it here. Few listeners to that interview would hear in it, a future leader of the nation.

Music for the Long Weekend

Guitar based indie rock is a vanishing species, but the Canadian band Wares is keeping it alive. Their terrific second album Survival is a heady, confidently spacious collection of anthemic tracks built on a bedrock of leader Cassia Hardy’s very modern anxieties. There’s nary a dud track on the entire album, but here’s one of its finer moments, which builds and builds as it goes along :