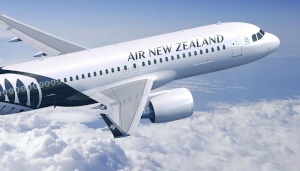 As the epidemiologists keep on saying, a trans-Tasman bubble will require having in place beforehand a robust form of contact tracing, of tourists and locals alike – aided by some kind of phone app along the lines of Singapore’s TraceTogether app. Nominally the Australians are ahead of us in making such an app available, but as the Australian Broadcasting Corporation has reported, the app is still not operational despite having been downloaded four million times by hopeful Australians.

The ABC has confirmed that if a person tests positive to coronavirus today, the information on their app will not be passed on to contact tracers, because states and territories are still working out how the system will operate. “The rules on privacy are being finalised, along with final IT testing,” a Department of Health spokesman said.

In other words, the rush to create a transTasman bubble is taking place – and is being driven by an increasingly desperate business sector – before some of the most basic public health issues have been satisfactorily resolved. . Today, PM Jacinda Ardern will be discussing the bubble with the Australian Cabinet….and this happening before the Aussies have even got their app-driven contact tracing up and running in sync with the various health authorities in their states and territories. And that remains a work in progress well before the app and other tracing systems have been tested and found fit for purpose when it comes to the even bigger task of tracking the route of infections among travellers moving to and fro across the Tasman.

It isn’t only that the two countries don’t have compatible app tracing systems. The current reality is that New Zealand doesn’t have any form of that technology in place, and the Australian version still isn’t up and running either. Economic pressures – and opposition politicians intent on exploiting business anxieties – seem to be pushing New Zealand into behaviours that will put the lives and health of ordinary citizens at risk.

As Ardern discusses the bubble, we can only hope the government won’t be railroaded into undermining what has been achieved in the past four weeks. In the short term, the bubble debate will partially serve to defuse the politics of whether the government is doing enough for business. Even though…the working out of the details of any meaningful trans-Tasman co-operation will surely take weeks and weeks to finesse.

Footnote : One of the few side benefits of the premature talk of a trans- Tasman bubble is that it is bringing back into play the question of whether we should be wearing masks in public. On RNZ this morning, the Otago University epidemiologist/professor Michael Baker indicated that any trans-Tasman bubble should entail mandatory mask wearing by the public congregating at crowded venues like airline terminals.

Good point. New Zealand’s conservative stance against the need for the public to wear masks is increasingly making us look like an outlier on the world stage. Aa Germany emerges from lockdown for example, masks are compulsory in some regions on public transport and in shops. In New York, New Jersey and Maryland, the wearing of masks in public is compulsory. Part of the rationale for wearing masks has had to do with concerns that Covid-19 transmission may be occurring via aerosols expelled by breathing and talking, and not merely by the droplets expelled by coughing and sneezing. As yet, our Health Ministry has never stated a clear position on the question of aerosol transmission. A shame, given that as winter approaches, aerosols are going to be hanging in the air for longer.

Initially, New Zealand seemed to be trying to conserve (for its frontline health workers) our inadequate stock of masks, but that’s no longer a valid excuse. Nor is the implied suggestion from some of our health experts that – unlike people in other countries – New Zealanders are just too stupid to wear masks safely, in that we’d be inclined to fiddle with them in unsafe ways such that this would outweigh any health benefits that the masks might deliver. If we’re really heading into Level Two next week, there should be some updated signalling from the MoH on the advisability of wearing masks.

Airlines used to be a glamour business. But hey…it feels like this is now a bad time to be inviting people to spend their money on being jammed together for hours in tightly packed rows of seats inside of a metal cylinder, while breathing recycled air. Budget airlines (Ryanair, Sprint, Jetstar etc) base their business model on packing in as many people as possible to make their ‘no frills’ service profitable. That business model won’t work with fewer seats, and with good practices of social distancing at 35,000 feet.

Famed investors like Warren Buffett have decided to dump their stock in airlines. In a memo to staff entitled “The Survival of British Airways”, the airline’s chief executive officer Alex Cruz, has spoken of “a crisis of global proportions like no other we have known. ”And if airlines are in deep trouble, what about plane-makers like Boeing – whose core business involves designing, building and selling very big planes meant to carry very large numbers of people ? Boeing’s current problems began well before Covid-19. They really kicked into play with the prone-to-crash Boeing 737 Max – arguably a direct by-product of Boeing’s penchant in recent years for skimping on safety in order to funnel money into share buybacks that were designed to enrich its investors, and its top management.

Last week, Boeing embarked on a massive $25 billion bond offering to tide it through its current problems. It chose this route instead of accepting a federal bailout that had potential fish-hooks like the US government taking an equity stake in the company – which carries out significant defence and security work, in addition to its commercial activities. Ironically though, the backup of having a federal bailout waiting in the wings (as a last resort) does seem to have been crucial in giving investors the confidence to buy into the Boeing bond issue at all. Meaning : the popularity of the bond issue wasn’t so much a vote of confidence in the planemaker’s future, but more a case of the federal government guaranteeing a risk-free investment.

Back to the airlines. With the (temporary?) demise of international tourism, airlines are looking a bit like the Zeppelin industry, on the morning after the Hindenburg disaster. Talk of trans-Tasman bubbles aside, the rest of 2020 looks like being a write-off –

If we make a miraculous (and not very likely) fourth-quarter recovery, the International Air Transport Association says demand this year will fall 48 percent worldwide from 2019. As of this writing, it’s down about 95 percent, according to the Transportation Security Administration.

There is an industry convention that airlines should not compete against each other on the basis of their health and safety records. So… it may become necessary to find some extremely subtle ways of implying that flying Airline X gives you more space to stretch out, or that flying business class gives you a bit of re-assuring social distance from the herd conditions back in economy. Which still doesn’t the fears about the recycled air that everyone is breathing up there…but perhaps Airline Y can subtly hint that it has deployed a super re-assuring remedial air filtration system for while you’re aloft, and that it does very, very frequent cleansings of its cabins ?

In reality, many of the safety measures against Covid-19 may need to be put in place well before travellers even reach the terminal. Since few people are flying right now, it has been argued that airport parking lots should be used to install medical checkpoints for Covid-19 symptoms :

Incorporate virus testing into the airport security process. Push the “perimeter” for virus safety outside the airport terminals….. Before entering the terminal proper, passengers must be screened and pass the test. You could have your hand stamped, be given a chit or be shunted into a line for “cleared passengers” only. Then you go on to ticketing…[baggage drops] and the aircraft.

Given the problems posed by asymptomatic carriers of the virus, such a vetting system at airline terminals would work only if a speedier test for Covid-19 was commonplace – such as for instance, the one being touted by Abbott Labs.

And as for Air New Zealand….

In the meantime, airlines worldwide have been laying off staff, big time. This includes Air New Zealand, which has announced plans to lay off nearly a third of its staff, despite already receiving a $900 million temporary loan from government to tide it over, although some industry commentators have been predicting that the bailout package required will eventually have to reach the $3 billion mark. The government has already flagged that if it pumps in more money, it may well increase the public’s stake in Air New Zealand above its current 52% level. Just one more link in the chain of the NZ government’s periodically bailing out the national airline, whenever its private sector managers run into trouble that they can’t handle by themselves.

The one bright spot on the horizon is that the price of aviation fuel has crashed in line with the general fall in oil prices. Fuel costs are a big factor in airline operating expenses.

Fuel costs represent one of the most important expenses for the aerospace and airline industries. On average, fuel costs account for approximately 25% of all airline expenses, which translates to approximately 20% of operating revenues.

And, in similar vein :

According to IATA, airlines around the world spent 23.7% of their expenses on jet fuel on average, totaling $188bn in 2019.

Reportedly, the price of aviation fuel is looking to fall by as much as one third. This good news is something that NZF leader Winston Peters should be asking Air New Zealand to take into account, as he presses them to maintain their services to provincial New Zealand. Sure, the demand for tickets is tanking, but at least the cost to the airline of fuelling and flying the planes is coming down. Just in time maybe, for all those tourists that the optimists –and the truly desperate – are hoping will come rushing to take advantage of any trans-Tasman bubble that our government agrees to endorse.