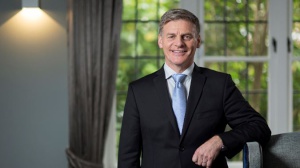 More than once in the past few days Finance Minister Grant Robertson has been at pains to thank both his predecessors – Michael Cullen and Bill English – for the way they paid down government debt. As a result of the Cullen/English double act, New Zealand is unusually well placed to cope with the borrowing that will be required for us to rebuild in the wake of Covid-19. If only the UK, the US and Japan had been blessed with Finance Ministers one half as prudent!

Fine. The politics of Labour’s Finance Minister thanking good old Bill (almost as much as the sainted Michael Cullen) were also keenly strategic. In essence, it was a “welcome on board” call to National voters who – according to those leaked internal party polls – have supported PM Jacinda Ardern and her team in the way they’ve met the challenges of the Covid-19 crisis.

Almost anything that might have frightened away those new centre-right fellow travellers – such as raising welfare benefits or changing the tax thresholds – were carefully excluded from Budget 2020. Fulsomely thanking Bill English looked (a) like a generous example of the bi-partisanship that Kiwis always appreciate (b) a re-assuring bridge between the policies of the current government and the recent National past and also (c) delivered a useful backhander to the current National Party. Because every time Labour praises Bill English it reminds centre-right voters that good old Bill isn’t at the helm any more, and that the dreadful guy who no-one likes is there in his place.

In the US in the mid-1990s, they called this tactic “triangulation.” It (temporarily) enabled the supposedly centre-left Democratic party to poach centre-right voters by stealing the Republican Party’s traditional ground, as the capable and conservative managers of the economy. In 1996, Democratic President Bill Clinton did so mainly by enacting harsh policies of welfare reform. Last week, Labour just carefully dropped welfare reform behind the sofa, at least until Election Day has been won.

Will this attempt at locking in the soft centre right vote –as much as 10 to 15% of the National’s former support – be likely to succeed until September? Even though this is an election year, the cash-strapped media industry can’t afford to do much political polling. Post Budget though, we should see some political polls this week and they will signal whether National’s loss of support is a myth, or a reality.

National does look worried though about losing a chunk of its base. In his response to Budget 2020, party leader Simon Bridges pushed all the old centre-right panic buttons – so much borrowing, so much extra debt, and in the end (gasp) won’t the government have to raise taxes? Calling the five year $20 billion contingency fund a “slush fund” also looked desperate. For all his sins, Grant Robertson isn’t Shane Jones, and holding $4 billion a year in reserve for what challenges these uncertain times may pose looks like wise, conservative management. Surely, its what Bill would have done.

These days National seems more engaged with holding onto its core support than seeking to win new recruits to its cause. In that respect, this year is starting to look like election year 2011, when not even Labour’s best friends and relations thought it had much chance of victory. All the same, the virus makes past comparisons and forward projections difficult. September is a long way away in Covid time, and Treasury is predicting the economic pain and the unemployment levels could well be peaking around election time.

By then, the gratitude for the handling of the lockdown will have faded, and there will be loud calls for a “plan” to somehow transform the unpleasant realities of a deep recession. Even then, it seems highly unlikely that in its time of trial, the nation would turn to Simon Bridges for deliverance. Yet for now, that faint hope is all National has got.

Footnote: Triangulation may seem like good short term politics but in the process, the Clintons did lasting damage to grassroots support for the Democratic Party. The people and communities on the receiving end never forgave the Clintons’ for their embrace of the socio-economic policies of their opponents. As writers like Thomas Frank have argued, the cynical Clintonian triangulations of the mid 1990s ended up fuelling the populist backlash that eventually put Donald Trump in the White House.

As might be expected the highly efficient medical system in Cuba (it has lower infant mortality rates than in some parts of the United States) has served it extremely well in resisting Covid-19, with only 79 virus-related deaths to date among a population of over 11 million. This result has been achieved despite the US trade sanctions

that have significantly hindered Cuba’s access to essential testing materials. United Nations experts have called on the US to suspend the sanctions :

The joint statement by UN special rapporteurs, independent experts and working groups, calls on the US administration to withdraw measures aimed at establishing trade barriers, and ban tariffs, quotas, non-tariff measures, noting that they are obstructing humanitarian responses to help Cuba combat COVID-19. They said the US has ignored repeated calls to waive sanctions that undermine the capacity of Cuba and other countries to respond effectively to the crisis and save lives.

In the face of US diplomatic opposition, Cuba has also sent doctors abroad to Africa and to parts of Europe to help in the fight against Covid-19. The part payments made by recipient countries are a key source of foreign exchange for Cuba, after the Trump administration re-imposed bans on American tourists visiting Cuba. Those travel bans had been lifted by Barack Obama, and Trump’s actions had severely damaged the tourism industry in Cuba, even before the virus arrived.

Elsewhere…and without suggesting there is any positive link between socialism and Covid-19 responses…the communist-ruled state of Kerala in India has also waged a highly effective fight against the virus, and more so than in other parts of India. In eight of Kerala’s 14 districts, zero Covid-19 cases have occurred. Overall, and in a state of 35 million people, there have only been four deaths from Covid-19, and Kerala’s “rock star” Health Minister KK Shailaja has been given credit for this outcome.

How has Kerala done it ? Like Taiwan, it went in early, and hard.

Three days after reading about the new virus in China, and before Kerala had its first case of Covid-19, Shailaja held the first meeting of her rapid response team. The next day, 24 January, the team set up a control room and instructed the medical officers in Kerala’s 14 districts to do the same at their level. By the time the first case arrived, on 27 January, via a plane from Wuhan, the state had already adopted the World Health Organization’s protocol of test, trace, isolate and support.

As in Cuba, the health achievements evident in Kerala have been built on the back of deeper soci0-economic reforms :

The foundations of the [Kerala] model are land reform – enacted via legislation that capped how much land a family could own and increased land ownership among tenant farmers – a decentralised public health system and investment in public education. Every village has a primary health centre and there are hospitals at each level of its administration, as well as 10 medical colleges.

This is true of other states, too, says MP Cariappa, a public health expert based in Pune, Maharashtra state, but nowhere else are people so invested in their primary health system. Kerala enjoys the highest life expectancy and the lowest infant mortality of any state in India; it is also the most literate state. “With widespread access to education, there is a definite understanding of health being important to the wellbeing of people,” says Cariappa.

For fairly obvious ideological reasons, Taiwan’s success story against Covid-19 has been far more celebrated by Western media than what has been achieved – also against the odds – in Cuba, and in Kerala.