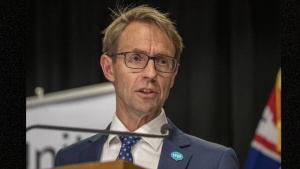 For many New Zealanders, the imminent shift to Level Two is going to be a momentous occasion. Here’s another looming landmark likely to be just as important : the moment when our 12 weeks of access to the wage subsidy scheme finally runs out. That scheme has been the bubble protecting many of us from the full blast of the Covid-19 economic crisis. Even next week, these concerns( about what life beyond the wage subsidy will feel like) seem bound to influence just how the Level Two freedoms play out. Only those people blessed with job and income security will be responding to Level Two with gay abandon.

Hey, I don’t mean to be a killjoy. During a national crisis, shopping is always a soothing remedy. (Shopping is capitalism’s default response to any major life challenge.) Unfortunately, the expiry of the wage subsidies will guarantee that any bounce in retail sales from Level Two is likely to be temporary. The virus will still be out there, and so will be the anxiety triggered by losing a job and a reliable cash flow. Besides…while “opening up” can be a terrific remedy for a supply side problem, it doesn’t do much good in situations where the major economic shocks are all hitting the demand side of the economy. Meaning : If you open up shop, will the customers come? And for how long ? Have to say there wasn’t a lot of non-essential shopping done during the Great Depression.

In this seesawing between elation and trepidation about going to Level Two …the balance of power that this will involve remains unclear. Personally, I wish one tenth of the energy that’s been put into refereeing-by-hindsight whether the authorities might have exceeded their lockdown powers was being put into forward thinking. About for instance, whether in workplaces at Level Two, will employers have the legal right to forbid their staff from wearing masks, or conversely – will they be able to require them to do so ?

The usual legal frameworks for arbitrating those kind of conflicts ( via say the personal grievance process) are too general and too laboriously slow to be of much use. Victoria University employment law expert Gordon Andersen is probably right when he says that during the current crisis, employers are probably going to be given a bit more slack to vary workplace terms and conditions according to what they see as being necessary.

At the risk of flogging a dead horse, this issue of masks-in -public spaces ( and workplaces) would have benefitted from some clear guidance from the MoH. Instead, Dr Ashley Bloomfield and his colleagues have chosen to sit on the fence about this issue throughout, and have neglected to inform the public as to whether wearing cloth masks would – or wouldn’t – deliver health benefits in excess of the associated risks. Indeed, there is evidence both pro and con, as Bloomfield has regularly said.

Maybe so, but isn’t that why we have a Health Ministry ? On many health issues, the evidence-to-date can be contradictory or unclear. But health authorities are supposed to be able to weigh that evidence, and reach a conclusion – however provisional – about where the likely balance between risks and benefits is currently believed to lie. Its hard to believe that on the masks issue, the balance is still perfectly poised at exactly 50/50.

Regardless, the MoH has resolutely kicked for touch, every time. At one point, Bloomfield indicated that he was waiting for the verdict from the US Center for Disease Control. Then, when the CDC recommended the voluntary wearing of single use masks in indoor spaces ( pharmacies, grocery stories etc) where social distancing is inherently difficult, Bloomfield switched back instead to the position taken by the WHO – which holds that there is no current evidence to make a recommendation for, or against, the use of non-medical masks in the community. Clear as mud, in effect.

At which point, one might have reasonably expected that the precautionary principle would kick in, whereby action is taken in the interim, even in the absence of definitive research evidence. The argument being that perhaps even the limited protection afforded by mask-wearing might prevent some transmission of covid-19, and thereby save lives. Or provide some mental health benefits to the public, as it contemplates taking the risk of using public transport again at Level Two.

On that conditional basis, the precautionary argument goes, at least the voluntary wearing of single-use non-medical masks in public should be being given a greenlight by our health authorities. That is, provided advice is given simultaneously about (a) the necessity to wash those cloth masks after each use, (b) about the risks the masks may pose of moisture retention, and (c) about the need to avoid re-adjusting the mask and thereby touching the face etc etc…None of such advice of course, needs to negate the primacy given to regular handwashing and to social distancing.

But hey, we haven’t gone down that route. And in the absence of clear advice on mask-wearing, the public has– inevitably, intentionally ? – been left to make up its own mind. (Not only about mask wearing but about the related matter of the extent to which the virus is being transmitted by aerosols in enclosed public spaces, such as workplaces. )

Therefore when we hit Level Two, any workers who choose to wear a mask for their own safety in their enclosed workspace could well collide with employers who think this would be a bad look for the firm. (Or vice versa, if mask wearing is made compulsory over worker objections.) Unfortunately, neither the workers or employers will be able to turn to the Ministry of Health for any practical advice.