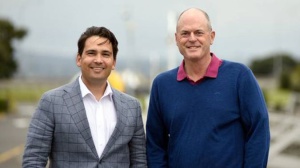 Congratulations. You are one of the 55 members of the National caucus being called together tomorrow to choose who will lead you to either (a) catastrophic or (b) honourable defeat on September 19, thereby saving some (but not all) of the jobs currently on the line. Good luck. Your decision process starts NOW.

1. You are Simon Bridges. You have no reverse gear and no ability to take a left turn at the end of the runway. Your vote is for yourself. No surprises there.

2. You are Todd Muller. You have been told for so long that you have leadership potential that one day, you just had to find out. That day is going to be Friday, May 22nd 2020. Count one vote for Todd, the Stealth candidate visible to some people within the Parliamentary complex but undetectable even when allegedly in full flight, by the general public.

3. You are Judith Collins. If you can’t have the top job no one should. Count one vote for Simon Bridges, if only to heighten the schadenfreude at the scale of his defeat on election night.

4. You are Nikki Kaye. Cripes, at this rate you could easily lose your Auckland Central seat (you have less than a 4% majority) if Bridges keeps his job. You’re said to be number two on the Todd Ticket and you need the visibility and besides…sucks to Paula. Count another vote for Todd.

5. You are Michael Woodhouse. You are a member of an endangered species : a National Party list MP. Sure, you were one of Bridges’ top team at the Epidemic Response Committee but if he stays on, then few (if any) list MPs will make it back. Todd Muller might attract just enough extra votes to get you – and Paul Goldsmith – back into Parliament. Sorry, Simon.

Beyond that, we’re in the realm of quantum physics where National MPs can be in two different places at once, depending on the POV of the observer. Still, we can safely assume there’s no-one in the entire National caucus who thinks Simon Bridges has done a good job. That’s a given, but it’s the only reality shared by everyone. It also means that even if Bridges wins on Friday, he loses – in that the challenge weakens him, regardless of the outcome. At best, Bridges will be going into the election campaign in a structurally unsound state.

Beyond that…is it a far, far better thing to have Bridges do his best and then resign after the election so that the caucus can do this all over again but with other options on the table? Such as perhaps, the by then newly-elected MP for Botany, Christopher Luxon. Meaning : if the caucus gets rid of Bridges now, and then Muller – who seems a decent guy – does a half way good job in very trying circumstances, won’t it then become very difficult to get rid of him before say, 2023? Former party talisman John Key has all but anointed Luxon as the future leader. Do we want to disrupt that game plan by electing Todd Muller?

Some MPs may think the wait-for-Luxon gambit to be a convincing argument, and will vote for Bridges accordingly. It will mean turning Bridges into even more of a placemat than he is already, and accepting the likelihood of defeat in September…but one must think of the future, and JK has said the future is Luxon. How much weight should/will that endorsement carry ?

On the other hand, keeping Bridges in place will mean there will be collateral damage for quite a few MPs this year, while National awaits the coming of the Messiah from Botany. In addition, one has to consider the tension that has always existed in National’s ranks since time immemorial between the party’s small business/rural factions and its Auckland-based wing of major corporates, bankers and currency traders. When Key was King those ancient rifts didn’t matter. Everyone got in behind.

Obviously, Simon Bridges isn’t Key – or even Bill English – and Todd Muller isn’t Jacinda Ardern, either. Anyone who thinks that a solid/stolid bloke like Todd Muller can do a Jacinda on National’s poll numbers is probably in need of counselling. He’s the damage limitation option, and nothing much more.

So…quite a dilemma is facing the members of National’s caucus. Should they virtually kiss off Election 2020 and vote again for the man from Tauranga that no-one likes, partly in order to pin all hopes – eventually – on a relatively unknown political quantity like Luxon? Or do you vote for Muller because (a) in the here and now he’ll probably save the bacon of a few more caucus members and (b) will be a popular choice among the farming sector on which the country will increasingly depend, and because (c) he’ll block the ascent to power of Luxon long enough for everyone in caucus (and the entire country) to find out if he’s the real deal, and not simply a twinkle in John Key’s fading eye.

Whatever happens tomorrow, caucus unity and a sense of common purpose will remain as elusive as ever.

Footnote : Historical precedents are risky, but …Bridges is looking remarkably like Phil Goff circa 2011 : a middleweight battler following in the wake of former party heavyweights and facing a charismatic Prime Minister at the outset of their reign. Goff was replaced by a decent bloke (David Shearer = Todd Muller) out of his depth. In turn the decent bloke got rolled by someone who then failed abjectly to live up to party expectations and to his own hype. Yes, if history repeats, Christopher Luxon could turn out to be the centre-right’s equivalent of David Cunliffe. Yikes. Worth keeping in mind. Muller could be a safer bet. Too bad that currently, only his friends and relations have ever heard of him.

But maybe….that could be Muller’s big selling point. Vote for the blank slate guy who can be whatever the centre-right wants him to be. Jim Bolger likes him.

Vaccine Diplomacy
US President Donald Trump recently announced an “ Operation Warp Speed” programme aimed at ensuring that the US wins the race to a Covid-19 vaccine ahead of China. Incredibly, given Trump’s record of racial and religious bigotry against migrants from Muslim countries, the man that Trump has hired to head Operation Warp Speed happens to be…Moncef Slaoui, a Muslim immigrant. Slaoui is the Moroccan born, Belgian-American former head of GlaxoSmithKline’s vaccines department.

Slaoui brings a ton of experience to the role. Unfortunately, he also brings a very Trumpian conflict of interest. Right now, the first US firm out of the blocks with a promising (although very small) trial of a Covid-19 vaccine is a pharmaceutical company called Moderna – in which Moncef Slaoui has a $10 million personal stake. Moderna’s share price has also recently been boosted by an investment from the US government, of which Slaoui is now a part.

In other news : Sanofi, the French pharmaceutical giant that makes hydroxychloroquine ( a firm in which Donald Trump has a very small personal investment) has just backed off from its controversial original commitment to make the US the first recipient of any Covid-19 vaccine that it manages to develop. Moreover, finding a vaccine that can be proven to work against Covid-19 is only one of the hurdles. Access and storage also seem likely to be problematic :

Translate Bio Inc a 100-person company based outside Boston, has joined forces with French drug giant Sanofi to develop a vaccine based on similar technology being used by Moderna Inc. in its highly anticipated shot. This so-called messenger RNA platform has been lauded as a possible solution for the coronavirus pandemic, but it comes with one significant drawback: The vaccine must be stored at minus-112 degrees Fahrenheit… millions of shots will require specific transportation and storage facilities, a key hurdle in getting it to the masses — a challenge shared by other developers from Moderna to Pfizer Inc.

Currently, China is at the forefront of research on a Covid-19 vaccine, which Beijing sees as being vital to the recovery of its economy. Beyond that, China is treating the vaccine as a way of taking the heat out of international criticism of China’s early handling of the virus, which originated in Wuhan. Within many developing countries, a Chinese-made vaccine also has the potential to underwrite China’s Belt and Road Initiative :

Zuoyue Wang, a professor of history at California State Polytechnic University, Pomona, says a Chinese-made vaccine could help undercut some of the criticism.”If a Chinese scientist could come up with a workable vaccine, I think it will help to defuse that kind of blaming or call for, you know, even reparation,” he says. “There is pressure, enormous pressure, I think, for Chinese scientists to come up with an efficient or workable vaccine for the coronavirus pandemic.”

And if China won the race to develop the first COVID-19 vaccine, the propaganda value would be huge. Officials in Beijing have disparaged Western responses to the disease and have tried to make the case that China’s authoritarian political system is superior — especially in the face of a crisis like this one. Xi on Monday pledged to share any vaccine with the rest of the world. William Lee, chief economist at the Milken Institute, which is tracking global vaccine projects, says Beijing is targeting developing countries and territories linked to the Belt and Road Initiative, China’s signature global infrastructure drive.

Laura Marling, Home Together
Every Wednesday and Sunday on her Instagram account,
Laura Marling has been giving guitar tutorials during lockdown that include inviting participants to send in clips for her to critique. In addition, Marling’s recent ten minute home concert on NPR offered some great, stripped back versions of three tracks from her recent album – a collection of songs loosely about (and for) her imaginary daughter :