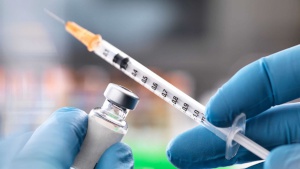 As David Foster Wallace famously pointed out, each of us regard our own precious selves as the realest, most vivid and important persons in the universe :

We rarely talk about this sort of natural, basic self-centeredness, because it’s so socially repulsive, but it’s pretty much the same for all of us, deep down. It is our default-setting, hard-wired into our boards at birth. Think about it: There is no experience you’ve had that you were not at the absolute centre of. The world as you experience it is right there in front of you, or behind you, to the left or right of you, on your TV, or your monitor, or whatever. Other people’s thoughts and feelings have to be communicated to you somehow, but your own are so immediate, urgent, real – you get the idea. But please don’t worry that I’m getting ready to preach to you about compassion or other-directedness or the so-called “virtues.” This is not a matter of virtue. It’s a matter of my choosing to do the work of somehow altering or getting free of my natural, hard-wired default-setting, which is to be deeply and literally self-centred, and to see and interpret everything through this lens of self.

Wallace’s speech came to mind this morning while listening to the travel business asking for – demanding even – the latitude to operate more freely during the later stages of the Covid-19 pandemic. Apparently, unless the government grant them the freedom to open up domestic tourism when we reach Level Two – which may be less than two weeks ago – some of these tourism operations will not survive.

One can feel compassion for the plight of the tourism industry, and for the people who work in it. International travel has been extinguished overnight, and there’s no guarantee that a significant number of New Zealanders are willing – or able – to take winter holidays elsewhere in the country in the middle of a pandemic. One would feel even more compassion for tourism operators if they were not asking (almost as of right) for the community to take serious risks on their behalf. That is what they’re doing, though. We are all being expected to take on trust the willingness and ability of tourism operators to do contact tracing of a calibre sufficient to eliminate the risk of community transmission. That’s really quite a big ask.

Leading the charge on RNZ this morning was Tourism Industry Aotearoa chief executive Chris Roberts, who has something of a credibility problem. In early March, Roberts called on the government to minimise the economic impact on tourism and end the travel ban on China immediately. This was Roberts back then, pre-lockdown :
“There is no real justification anymore to have the travel ban. If we were to lift that, it’s a really strong signal to China. It would allow the airlines to schedule flights, get freight moving into China again, and get passengers moving into China again.”

Right. This is the same guy assuring us that tourism operators can be trusted to still put community safety ahead of economic gain, at Level Two. Oh really ? Can tourism operators truly be trusted to go to the time and expense of carrying out contract tracing on the visitors coming and going in their region, from all around the country ? Sure, some of them would – but chances are, some of them would not. Relax the rules on non-essential travel at Level Two, and there would be a greater risk of community transmission, and quite possibly to no good purpose. After all, there would be no guarantee that a surge in demand for domestic travel would eventuate, sufficient to save the firms in question.

Unfortunately, what we’re seeing here is a tourism industry that’s blaming the government in effect, for the economic harm they’re suffering in the course of the pandemic. Hey, its a global pandemic. The irony is that if we’d followed the previous advice of Tourism Industry Aotearoa, there would have been no travel bans, and open borders with China and every other country and – almost certainly – widespread Covid-19 community transmission and a higher toll in death and sickness. Given this track record of its leadership putting economics ahead of public health, the tourism industry simply cannot be trusted.

In any case, it is not a slam dunk that after May 11, we will be shifting to Level Two. Ten days remain for New Zealand to test whether the Level Three opening has resulted in a significant rise in infections. This careful gradualism saves lives, and is best for the economy and jobs in the long run. If all goes well, we can shift cautiously to Level Two, which will – and should – continue to rule out non-essential travel. Ultimately, it comes down to a matter of priorities. Most of the public – ie. the ones who can’t afford a skiing vacation in Queenstown right now – will be OK with restricting domestic travel in the meantime, until we can be certain we’ve cemented in the public health gains we’ve made thus far. Its just not a good time right now to go bungee jumping.

China vs Australia
Remember how Foreign Affairs minister Winston Peters gaily told us yesterday that no worries, there was no possible risk to New Zealand trade interests, from his decision to support the Australian call for a probe into China’s role in the origins and transmission of Covid-19 ? Well, the Australian are now not only under threat of serious trade retaliations by China, but they also seem to be bungling the diplomatic attempts to resolve the dispute :

On Tuesday, the Chinese embassy in Canberra disclosed purported details of a phone call between Cheng and Department of Foreign Affairs and Trade (DFAT) Secretary Frances Adamson, during which the Australian diplomat was said to have “tried her best to defend” the proposed inquiry but “admitted it is not the time to commence the review” and Australia had “no details” of how it would work.

Yep, the details are lacking alright. But regardless, lets all join Peters’ call for a probe into the events in Wuhan conducted by someone, somehow, sometime. Trade Minister David Parker is still keeping his head down about the damage Peters may well be doing to our most important trade relationship. Right now, this country can’t afford to indulge in a gratuitous bit of China-bashing, just so that Peters can attract a few more redneck votes for New Zealand First before Election 2020.

The Vaccines Taxi Rank
The call for New Zealand to develop its own Covid-19 vaccine lest it be at the back of the queue when a vaccine eventuates looks – superficially – like a good idea. It assumes though, that we could find a Big Pharma multinational willing to buddy up with us. The University of Queensland is already partnering up with GlaxoSmith Kline, with human trials due to begin in July on a “clamp” vaccine that will simulate the virus with a synthetic protein that’s being developed from the Covid-19 genome sequence released by Chinese scientists earlier this year. Reportedly, the hope is that this protein will clamp the protein in place long enough for antibodies to be created. If Queensland can do it, why not us ? Could we at least join in on the Queensland/GSK effort?

Wanting to jump the queue on accessing the vaccine does seem like a dodgy motive, though. By WHO standards, those countries at most risk – by dint of having say, inadequate healthcare systems – will be at the front of any Covid-19 vaccine queue, and so they should be. That aside…obviously, vaccines against the virus of course are not the same thing as anti-viral treatments for the infection itself. Of all the rival treatments pouring onto the market, Gilead’s remdesivir is currently the most promising drug, although the results so far indicate that it is no magic bullet. A less than one third saving in hospitalisation time and an 8% fatality rate compared to 11% with placebo clearly isn’t a ringing endorsement for the drug. But it might be a useful initial platform, maybe qwhen taken in unison with subsequent treatments.

For obvious reasons, vaccines take a long time to go through the three phases normally required when human trials are embarked upon. In the Phase One trials, only small numbers of people are used to test the vaccine’s safety and effectiveness, gradually moving up at Phase Two involving larger groups. If all goes well there and significant positive results do eventuate, the drug companies then move to Phase Three trials, that commonly involve thousands or even tens of thousands of people – and this stage will (hopefully) detect any side effects that only a very large test population can reveal.

In the rush to develop a Covid-19 vaccine, some of thes3 normal processes are being leapfrogged. Animal testing is still being done on the likes of ferrets and macaques, but at an accelerated rate and in unison with human trials. Even so – according to the latest summary of the situation at GAVI’ s Vaccine Alliance website – none of the 70 + vaccine candidates are yet at Phase Three. Only one (the Cansino Biologics vaccine being trialled on 108 people in Tianjin, China) has reportedly entered Phase Two trials, and only five have entered, or are about to enter, Phase One. However, the speed at which this landscape is evolving – the leading players seem to change on a weekly basis – means that these attempted overviews need to be constantly revised.

Here for example, and from about 15 hours ago, is a good overview by the FiercePharma website of how Big Pharma is summarising the current state of play with Covid-19 vaccines. It puts at the forefront the Astra Zeneca pairing with Oxford University – which began Phase One trials of its viral vector vaccine only last week, and is looking for early results later this month. Phase Two results are being promised by mid-year. Obviously, that’s a highly ambitious timetable. To repeat : none of these vaccine efforts are yet close to the Phase Three trialling normally seen as essential for detecting any potential side effects.

Finally, the quest for a vaccine is using all kinds of approaches derived from our prior encounters with these kind of viruses. Many of the current attempts to find a vaccine involve importing synthetic approximations of all (or part) of the virus code to trick the body into producing a significant flood of antibodies. To that end, many of these efforts are re-deploying earlier attempts to develop vaccines for HIV, SARS and Ebola.

Going back to the initial suggestion that the coalition government should bankroll a separate quest here for a vaccine ….only in China are governments shouldering the cost of that burden, alone. Maybe the local scientists calling for New Zealand to mount our own research effort should be indicating which Big Pharma company they have in mind as a suitable partner. This isn’t entirely impossible. The Oxford University partnership with Astra Zeneca grew out of an initial development phase between the university and the Jenner Institute.

But with over 70 candidates already in the field, you can’t help feeling that New Zealand scientists may have already missed the bus on this one.