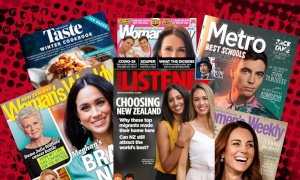 Various levels of across the board wage cuts – 10%? 15% ?- are being mooted for workers in some of our larger firms, in order to help the likes of Fletchers, Mediaworks etc survive the Covid-19 crisis. It is extraordinary that unions should be having to explain to employers (and to the public) just how unfairly the burden of such a response would fall. Basically, if you’re on a salary in six figures, a 10-15% haircut can still be worn fairly lightly. If you’re employed at or below the median wage, losing 10% of your income can be a hammer blow.

Arguably, the top executives in our major corporates should be leading from the front. If top executives could agree that say, $100,000 – $150,000 was the maximum remuneration affordable for the duration of the Covid-19 crisis, their work forces might be more willing to accept a reduction in their own wages. Leadership surely, involves the shielding of the more vulnerable from pain, not the inflicting of it from above.

At a time when calls are being made for wage cuts and for the taxpayer to bail out the mainstream media and other major companies…surely a few more gestures of genuine sacrifice need to be made first, by top management.

No one should be surprised to see Bauer Media use the Covid-19 crisis as its excuse to quit New Zealand. Nor should they be surprised that Bauer spurned the government’s offers of help as it grabbed its hat and headed for the door. Sadly though, many of the goodbyes for some of the best-known magazines in the Bauer stable (the Listener, North and South, NZ Woman’s Weekly) have been eulogies for an era of journalism that had virtually exhausted itself, even before Bauer came on board. Arguably, many of those titles ceased being “essential” reading a decade before Covid-10 precautions made the fact official. This doesn’t diminish the sympathy due for the 300 or so people who are actually losing their jobs.

As essential parts of our media environment though, I felt more sorry yesterday about the demise of Metro, which has recently been publishing work by young journalists (eg Tess Nichol) whose work has shown more vitality and relevance than much of what the Listener has provided over the past 15 years. In case that sounds like sour grapes…yes, 2006 is about when the Listener and I parted company. Other former colleagues – hi there, Joseph Romanos! – who shared the same fate at the same time would probably agree that with hindsight, getting fired from what the Listener chose to become almost seems now like a badge of honour.

Bauer were never interested in the fabled Listener tradition, or in the wellbeing of the staff the German media empire employed. Rejecting the wage subsidy is pretty typical of them. As the Sydney Morning Herald article linked to below pointed out back in 2012, Bauer’s disdain for its staff is legendary, even by the normal standards of the cut-throat media industry. Its top executives made it clear they had no interest in owning magazines that sought to be a forum for ideas.

Or, as the empire’s patriarch Heinz Bauer once famously put it in 2009: “We don’t want to educate our readers, but distract them.” Listener management did its best to oblige. If any future historian wants to identify the social anxieties and lifestyle choices of the baby boomer generation as it entered old age, the Listener cover stories of the past 15 years will be a treasure trove.

To be fair, it hasn’t all been dross over that period. Rebecca Macfie’s reporting, especially on Pike River, was exceptional, in more ways than one. Lets not kid ourselves that we’ve just lost a taonga, though. We did, but it was around the time Finlay Macdonald walked out of the editor’s office. It was that long lost magazine that gave me the chance to write about rock music and get into journalism, and I’ll always be grateful to it. In its recent incarnation, it had dwindled into an irrelevance.

Footnote One. My previous defence of the old Listener tradition can be found here.

Footnote Two : Weirdly, one news outlet has sought to blame the government for Bauer’s decision to close down its titles, and scarper. According to Newshub, after Bauer had refused the wage subsidy, it then asked the government to buy its magazine titles. The government refused to be held to ransom and in Newshub’s view at least, it was wrong not to do so. Really? One can only imagine the screams of outrage if the government began picking and choosing among the losers, and nationalising them at taxpayer expense. Imagine the jibes if PM Jacinda Ardern had ended up owning the NZ Woman’s Weekly. In reality, this outcome is Bauer’s fault alone.

The more valid criticism is that successive governments had felt few qualms about letting one foreign firm gain control of such a large swathe of our magazine market. However, general interest magazines have been dying all around the world, and Bauer was welcomed in as providing a lifeline. Keep in mind that The Bulletin, Australia’s equivalent to the Listener, had folded in 2008. Unfortunately, we’ll never know if around that time, an alternative direction for the Listener had been taken : something more like Macdonald’s, but an even more fearless magazine of ideas. By taking that course, the Listener might have carved out a new and younger audience for itself.