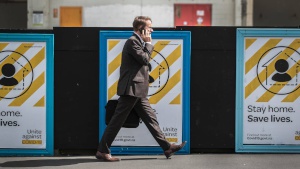 As New Zealand passes the half-way mark towards moving out of Level Four lockdown, the trade-offs involved in life-after-lockdown are starting to come into view. All very well for National’s finance spokesperson Paul Goldsmith to claim that “The number one priority we have is to get out of the lockdown as soon as we can”…Yet as PM Jacinda Ardern pointed out a few days ago, any crude trade-off between public health and economic well-being would be a false choice. Among other things, it minimises how closely the two are entwined. If we come out of lockdown too soon in order to restart the economy and a large spike in infections ensues, the economic damage would actually be far more severe than patiently pursuing the Covid-19 elimination policies for a bit longer.

Virus economics up-end the trade-offs that normally govern the functioning of a modern economy. As the New York Times put it a few weeks ago, lockdowns make the best economic sense during a pandemic :

“The most important thing of all is how do you slow the spread of the virus,” Austan Goolsbee, a University of Chicago economist who worked in the Obama administration, told me yesterday. “Anything that slows the rate of the virus is the best thing you can do for the economy, even if by conventional measures it’s bad for the economy.” Goolsbee’s point is that human activity, and thus economic activity, will be severely constrained until the virus is under control and people no longer fear for their lives. Getting the virus under control isn’t only the best thing for humanity; it’s also the best thing for restarting the economy.

The historical evidence also backs up the argument that lockdowns have a sound economic logic behind them as well.

US research into the aftermath of the 1918 Spanish influenza pandemic has shown that cities that intervened earlier and more aggressively did not perform worse and if anything, they grew faster after the pandemic was over. Non-pharmaceutical interventions by the state not only lowered the deaths caused by the Spanish flu – they also mitigated the adverse economic consequences of the pandemic. Including… the speed at which the generational consequences of taking on additional debt could be reduced.

Transacting out of lockdown

It is worth keeping in mind that when the lockdown does eventually lift, the virus will still be out there, inhibiting any return to previous patterns of normality. Only a few people will be eating out in restaurants or taking holidays away from home for the foreseeable. A few days ago, some public health academics at Otago Medical School suggested a transitional “social contract” whereby those needing to remain in quarantine could choose that option and be paid for doing so, given that their continued self-isolation would reduce the costs and burdens on public health. Everyone else wishing to opt out would be allowed to do so.

Those most at risk of hospitalisation and death should be protected, whilst others should be allowed to return to ‘normal’ life (if they prefer to). Those at relatively high risk would be offered payment to commit to home quarantine…The aim is to improve the effectiveness of intervention to reduce health related harms caused by COVID-19, whilst also reducing the various costs associated with isolation (social, economic and foregone population immunity costs), and to do so recognising that individuals will have different preferences in relation to the individual costs and benefits of isolation.

Clearly, this approach doesn’t address a key issue whereby within the same bubble, some people would be going out into the world to work, shop and socialise and would then be raising the infection risks (when they return home) for the vulnerable people still in isolation. Unfortunately, it is likely that the lockdown will be gradually lifted before there is widespread availability of a blood testing tool able to identify – via the presence of antibodies – who has already been infected and developed immunity, and is therefore able to move safely around the community.

As the Otago Medical School blog entry also points out, some modelling indicates that 89% of the deaths from Covid-19 will occur among the 60+ age group. Moreover, the younger age groups at lower risk of catching a serious bout of Covid 19 also stand to be affected more seriously from the economic damage associated with the lockdown :

….. ‘Lock-down’ type responses involve a disproportionately heavy impact on younger generations in terms of welfare, education, employment and future income (due to disruption of education and labour market entry). This is problematic, particularly following the adverse distributional impact of the financial crisis and the potential for COVID-19 to trigger a sharp contraction in GDP and employment….

However, while the risk to younger age groups is lower, those age groups are not risk free. As they openly socialise within their age group after the lockdown lifts, many will become infected, recover and become immune – but a significant and unpredictable minority of them will proceed to get very sick indeed. In an earlier blog entry, the Otago Medical School academics floated the need to consider a different form of social contract :

If we wrap protection around [vulnerable people below 60] as well as those over 60, the death rate will fall further – but again this will rely on other young healthy people having high infection rates and becoming immune……If young (and healthy) people are expected to keep working and experience higher infections rates, the small proportion of those young people unfortunate enough to get very sick deserve prioritisation of critical care facilities over the elderly and people of all ages with chronic conditions.

That would be a very difficult trade-off. It would assume that making room for those freely socialising young people who suddenly require ICU care, would be at the expense of pulling the plug on older patients receiving such care, and who may have done their best to avoid infection. Compared to that situation, the morality involved in the lockdown looks refreshingly simple : it protects the vulnerable, and it saves lives. As we emerge from lockdown, the trade-offs ( and ethical challenges ) are going to become more complex, and difficult to negotiate.

To ease the moral burden on those making the decisions on how our finite pandemic medical resources are allocated, the value assigned to the treatment of individuals is apparently going to be measured against a standardised Covid-19 scoring system. Already, there are signs that the software has been developed and is ready to go :

Doctors are planning to use special software to score coronavirus patients and help decide who gets an intensive-care bed if there aren’t enough. The New Zealand-developed “1000minds” tool is already used to guide clinicians dealing with a surge in cases in Italy, and will be rolled out across intensive-care units here within a week.

Dr Andrew Stapleton of the Australian and New Zealand Intensive Care Society stressed [that]…. “It is a diagnostic aid. It is absolutely not a computer making the decision between life and death,” he told the Herald. “You have one bed and four patients – who are you going to give the bed to? The tool will aid that decision, it will not make that decision.”

Yeah, right… Pre-pandemic of course, medical professionals were routinely forced by funding realities to make vital allocation decisions about who got certain forms of treatment, and for how long. At some point, the question will arise as to why so many costs have been incurred to protect and to save Covid-19 patients when – for the last ten years – the public health system has been systematically underfunded, and required sometimes to ration the care available to those suffering from other kinds of serious conditions.

One of the strange aspects of the daily MoH briefing sessions has been the disjunct between the bland assurances that no worries, the crucial medical supplies ( PPE gowns, goggles, masks, reagent swabs, ventilators etc) have been ordered in bulk from overseas, and the media will be told when they’ve arrived….and the Wild West reality that prevails at the moment in the global market for this precious stuff. It is getting like modern piracy out there. Consignments promised, paid for and packaged for some countries ( eg France, Germany) are being hijacked on the tarmac by other countries waving bigger cheque books, such as the United States.

Here’s a good example of how Covid 19 business for PPE gear is being done : frantically, in a McDonald’s parking lot :

About two weeks ago, Illinois officials tracked down a supply of 1.5 million potentially life-saving N95 respirator masks in China through a middleman in the Chicago area and negotiated a deal to buy them. One day before they were expecting to complete the purchase, they got a call in the morning from the supplier informing them he had to get a check to the bank by 2 p.m. that day, or the deal was off. Other bidders had surfaced.

Realizing there was no way the supplier could get to Springfield and back by the deadline, Illinois assistant comptroller Ellen Andres jumped in her car and raced north on I-55 with a check for $3,469,600. From the other end, Jeffrey Polen, president of The Moving Concierge in Lemont, drove south. Polen isn’t in the medical supply business, but he “knows a guy,” an old friend who specializes in working with China’s factories. As they drove, Andres and Polen arranged to meet in the parking lot of a McDonald’s restaurant just off the interstate in Dwight. They made the handoff there. Polen made it back to his bank with 20 minutes to spare. Illinois already has received part of the mask shipment. There’s more on the way.

If parking lot meetings by the state highway underpass sounds like a cartel drug deal, that’s exactly what it is like. Countries, states and hospital middlemen are competing brutally to secure Covid 19 medical gear. Are our MoH officials really up to playing this kind of hardball? Lets all hope so.