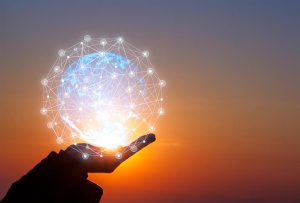 Will life (and the economy) ever be the same again after the Covid-19 crisis is over? Obviously not, even leaving aside the impact on people who may lose family members and friends to the virus. Amongst the small socio-economic changes – yep, more people will probably continue to cut their hair at home – history tells us that pandemics cause significant shifts in the balance of economic power. Over the long haul, organised labour tends to gain power at the expense of capital. In the process, shareholders will need to buckle up for lower rates of return than they previously expected.

Real wages have tended to rise in the wake of pandemics, from the Black Death to the 1918 Spanish influenza. So do some forms of tax (see below) while other taxes like GST that depend on consumption inevitably generate less revenue than they did before. People become chronically less ready to spend on very much beyond the essentials of life. Though the battle against Covid-19 has been likened to a war, that’s not how things will pan out.

Meaning: in the wake of wars, interest rates normally rise as a consequence of the increased economic growth generated by war-time production. In the wake of pandemics however, interest rates remain low, because economic activity remains sluggish for a very long period afterwards. Wars generate recoveries – WW2 sped up the global bounceback from the Great Depression – but pandemics postpone them. Wars destroy things that need to be rebuilt. In pandemics, only people (and their sources of income) getodestroyed.

The evidence for some of these assertions? For the Black Death aftermath, Barbara Tuchman’s classic history A Distant Mirror is the go-to source. As John Authers noted recently on Bloomberg News, citing Tuchman :

As the Black Death scythed through Europe in 1348 and 1349, workers across the continent discovered that they had power for the first time in their lives. Textile workers in St. Omer in northern France asked for and received three successive wage rises within a year of the Great Plague’s passing. Many workers’ guilds struck for higher pay and shorter hours. When the French government tried to cap these demands in 1351, it still allowed pay rises of as much as a third more than their pre-plague level. By 1352, the English Parliament — which in 1349 had passed a law limiting pay to no more than its pre-plague level — was taking action against employers who had instead doubled or tripled workers’ pay.

Earlier this year, the San Francisco Federal Reserve reviewed the longer run economic consequences of pandemics from the Black Death to the Spanish flu to the H1N1 outbreak of 2009, and some of the same patterns noted by Tuchman still seem relevant to this modern era as well :

The significant macroeconomic after-effects of the pandemics persist for about 40 years, with real rates of return substantially depressed. In contrast, we find that wars have no such effect, indeed the opposite. This is consistent with the destruction of capital that happens in wars, but not in pandemics. Using more sparse data, we find real wages somewhat elevated following pandemics. The findings are consistent with pandemics inducing labour scarcity and/or a shift to greater precautionary savings…

So…. if our economy doesn’t bounce back to normal anytime soon, it won’t just be because government didn’t pull this or that economic lever soon enough. Chances are, the survivors of Covid-19 will be struggling to make ends meet for the next decade or more.

The likely job losses caused by Covid-19 are already staggering. According to the UN, Covid-19 could destroy 195 million jobs worldwide by the end of the second quarter 2020. In the short and medium term this huge pool of spare labour will put downwards pressure on wages, even as those still in jobs gravitate to trade unions for protection. Longer term -as mentioned – history tells us that this mobilisation will eventually push wages back upwards, and above the pre-pandemic levels.

On Spinoff, Terry Baucher has a good piece on how Covid-19 is likely to change the tax system in New Zealand : For starters, the GST tax take will go down as spending drops, so there’s no point in flogging a dying horse by raising the rate of GST. Instead, the taxes on capital and the income taxes higher earners will have to rise, alongside adjustment of the tax thresholds to put more money into the pockets of low and middle income earners. They at least, will spend it on essentials. Despite the hopes of the tourism and hospitality industries, not many people are going to be treating a holiday around New Zealand as their top priority, any time soon.

As Baucher says, we’ll get the first signs in the May Budget of how New Zealand aims to cope with the new realities. Any thorough review of the options will have to involve revisiting the relative merits of wealth, land and environmental taxes. It will also require looking again at the means testing of eligibility for National Superannuation, and surcharges on any extra income earned by pensioners. No doubt, the Act Party will continue to worship the old time religion of cutting taxes to create economic growth. That didn’t work for Ronald Reagan or for anyone else since, and it won’t get us out of this hole.

A few tentative observations. Risk avoidance is likely to colour our socio- economic patterns of behaviour for years to come. The retail activities that involve close human contact are going to struggle as consumers shift to doing more for themselves, and more commonly within in the safety bubble of home. Hair salons, restaurant dining, public transport, taxis/Uber rides and the real estate business will all suffer. Residential house prices and commercial rents are going to fall as spending contracts and cash flow dries up. As this article argues, rent strikes in New Zealand are likely to increase, as tenants fight for survival, and a right to shelter. On the upside, the home delivery of everything is going to ramp up.

On a permanent basis, universities and teaching institutions will need to shift more of their activities to long distance learning. Instead of workers being required to make a case for working for home, the reverse will become the norm – why can’t you work from home? As cash flow becomes more of a problem, employers will struggle with the fact that rent is their next biggest cost besides labour, such that many firms will conclude that offices are a luxury, and not a necessity. Hiring a room on a once-a-week basis for collective decision-making will seem an entirely viable option.

Back on the upside…the crisis has shown that major shifts in economic priorities are possible, and can be implemented virtually overnight. If we believe in being grateful for the heroism being shown by public health workers, we will need to show it afterwards – by ensuring that politicians can never again get away with the systematic underfunding, understaffing and under-resourcing of our public health system. Similar rewards will also need to be given to the minimum wage workers in our supermarkets. They made the lockdown possible by maintaining our access to food and other essentials, even while many of them were subjected to intense personal pressure by panicked customers.

Much of the supermarket work has been done by unskilled workers, many from migrant communities. In this crisis, it turns out that we need relatively unskilled migrants far more than we have needed middle managers, consultants and software developers.

Footnote One. Does the steep rise in unemployment caused by Covid-19 make a case for implementing a Universal Basic Income ? Spain is considering a UBI. The aim is to make it permanent :

On Sunday night (5 April) minister for economic affairs and deputy prime minister Nadia Calviño told Spanish broadcaster La Sexta that rolling out a universal basic income (UBI) would help families during the pandemic. She then added that her government wanted to make UBI permanent, saying it was something that “stays forever, that becomes a structural instrument, a permanent instrument”.

The country’s social security minister, Jose Luis Escriva, planned to put some sort of basic income “in place as soon as possible,” with the main focus on assisting families, Calviño added. Details such as the rate of pay and specific dates had not so far been established.

Right. That question about the rate at which a UBI pitched is crucial, especially if – as often mooted – a UBI goes hand in hand with the scrapping of almost every other form of benefit support. On the evidence, a UBI pitched at a genuine living wage would be unaffordable.

As the Closing the Gaps lobby group has argued in this informative press release, there is an existing delivery mechanism – ie, the benefit system – that’s fit and ready to respond to the increased needs for income support during and after this crisis. Doubling the existing rates of benefit would be as quick and easy to implement as IRD’s wage subsidy scheme has proved to be. It would also be more affordable, even – or especially – in the light of the rise in beneficiary claims that we are soon likely to be seeing. Again, the May Budget will offer the first place concrete signs about how the government plans to manage the pressing needs of a beneficiary population now set to rise, substantially.

In coming weeks, Werewolf will be offering a number of music playlists from different genres – deep soul, rap, country, rockabilly, gospel, country blues etc – but for starters here’s a link

to some of the recent music that’s been on high rotate here at home, during the lockdown.