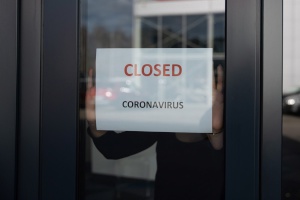 It is hardly business as usual, but this week is shaping up to be all about business and its needs, how the economy will emerge from lockdown on April 23, and what kind of challenges business will face when we do. Today, Treasury has released seven “ scenarios” of the likely impact of Covid-19 on the economy and employment. These are not forecasts, but something somewhat more nebulous. Essentially, Treasury has modelled a wide range of the theoretical alternative realities the country now faces, in terms of GDP and unemployment – and who knows ? It seems we could be in for something between a light sprinkling of rain on jobs and GDP, and a howling blizzard :

Annual average GDP growth is shown to fall by as little as 0.5 percent or as much as 23.5 percent in the fiscal year ending 30 June 2021, and estimates of the unemployment rate in the June 2021 quarter range from 5.5 percent to 22 percent.

Good to know. Tomorrow, Finance Minister Grant Robertson will hopefully offer a clearer picture of the length of those pieces of string. He’s also expected to announce further measures of business assistance, along with some inklings about how Covid-19 is going to affect the form and content of the May Budget. Old school Budget “lockdowns” may be a thing of the past.

On Thursday, PM Jacinda Ardern will provide a description of what life in Level Three will look like if – as expected – the country shifts there on April 24. All of this is assuming there won’t be a sudden spike in infections over the next week, which would be likely to induce the government to follow the example of say, France – and extend the lockdown. Amidst the busy planning and speculation – will schools re-open at Level Three, and which businesses will be deemed to be “essential” this time around ? – the risks to public health that the ending of the lockdown will create could well be overlooked in the rush.

Basically…after our apparent success in suppressing the virus, New Zealand will be moving into trying to mitigate its spread. It will be doing its best to facilitate a gradual opening up of business activity without this expansion of socio-economic activity undoing the gains of the past few weeks. This will require increased efforts in testing and tracing to contain the rise in infections that Level Three will bring in its wake. As the epidemiological modelling has already told us, eliminating the virus would require persisting with the lockdown for longer :

We find that relaxing strong population-wide controls after four weeks will most likely lead to a further outbreak, although the speed of growth of this outbreak can be reduced by fast case isolation, by tracing, testing, or otherwise. We find that elimination is only likely if case isolation is combined with strong population-wide controls that are maintained for longer than four weeks.

Supposedly, Level Three will still mean that the most vulnerable – the elderly, and those with serious pre-existing conditions – will continue to remain safely in lockdown. Clearly though, the risk to those groups will increase under Level Three, given that other members of their household bubble may well be exposed to the virus as they venture out to work and to socialise, and thus bring the virus back on home.

If and when the virus picks up pace after the Level Four lockdown ends, our public health system is likely to face many of the outcomes observed overseas, with severe pressure on frontline medical staff and scarce resources. As yet it is unclear whether – as we near the end of the lockdown – we have got any more ventilators in our ICU units now than we did at the start of the lockdown. We still appear to have only 523 ventilators nationwide, remarkably low on a per capita basis compared to other developed countries (We’re only just ahead of China.) Our stock of ventilators is likely to be inadequate if even a modest spike in serious infections occurs. The problems still being reported with respect to PPE access for frontline medical staff also suggest that our PPE supplies are still being rationed, given the prospect of worse to come.

Typically in the past, officials had identified the problem, but previous governments failed to fund the solutions. This is why – to repeat – in its global study of pandemic preparedness last year, Johns Hopkins University ranked New Zealand only 77th out of 195 countries in terms of infection control practices and the availability of necessary equipment : .

Since then, there have been frantic attempts by New Zealand to secure more PPE gear within a competitive global market.

False options
Already, we’re hearing variations on the argument that New Zealand faces a choice between “lives vs livelihoods.” In fact, a successful economy requires a reliable public health system. The two sectors are complementary, not rivals in competition with each other. Keep in mind that much of the calls for this country to emerge from lockdown ASAP – for the good of the economy – are coming from the same politicians who when last in office, ensured our health professionals had to go into this pandemic, under-equipped. Should we be surprised that once again, the needs of the economy are being prioritised by them over the needs of the individuals who rely on the public health system of care?

In fact, as New York governor Andrew Cuomo pointed out again this morning, it is false logic to frame the options as a choice between public health and the needs of the economy. Re-opening the economy before public safety has been adequately met is, as Cuomo indicated, a recipe for failure on both fronts. A premature re-start to business-as-usual is bound to create a spike of infections likely to further erode public confidence and the ability/readiness to spend – and the last thing the economy could sustain right now would be moving back and forth between lockdown amid spasmodic bursts of business activity. Business may crave certainty, but consumers need to relatively free from anxiety, if business is to have any chance of prospering.

Fixing the Demand Side
What this reality reflects is that any recommencement of economic activity will have to find fresh solutions for the demand side of the economy. Recovery isn’t just about ensuring the supply chains are up and running again, important though that be. Demand is going to be seriously suppressed, well into next year. Yes, there will be a short, sharp retail bounce when the lockdown lifts, but it won’t last. Subsequently, only a few areas of retail trade – those dealing with the essentials – are going to prosper. Those consumers who still have jobs are bound to be skittish about spending, wages will flat-line or go into reverse, and many imported items will be less available, and more expensive to boot. A tourism industry hoping to subsist on domestic tourism will struggle to find the locals willing, or able, to afford holidays away from home.

The demise of tourism will go hand in hand with a massive contraction in New Zealand as a destination for international education, which until Covid-19 struck, was our fifth biggest export industry. Even our most reliable export sector – farming – will have to deal with the world’s reduced demand for that part of our dairy exports that meets the retail needs in our foreign markets. Not only will the closures of cafes and restaurants overseas mean reduced demand, but the decline in international trade will see foreign supermarkets prioritising the outputs from their own dairy producers. In addition, global supply chains will become more expensive, raising the cost to foreign consumers of our farm exports, and further suppressing the demand for them.

If we are headed for a contraction in international trade akin to that seen during the Depression of the 1930s, attention will necessarily have to shift, as Grant Robertson has already suggested, to what we can make here, from the essential raw materials we can manage to import. Among other things, the era of uncomplicated reliance on cheap imports from China is coming to an end, and business for the Warehouse – and its usual customers – will never be quite the same again.

Convention Centres ?
Finally, one of the bizarre ways that business and local councils) are deciding to live in denial is that the convention centres in Christchurch and Wellington are going ahead as if Covid-19 has not happened. It is as if local government firmly believes that foreign and local convention goers will still come flocking to large business gatherings in New Zealand, as previously planned.

One of the justifications on offer for staying on course with building the convention centres is that the construction work involved will create jobs – but surely, so would a re-purposing of these edifices in order to create outcomes ( eg more public housing, library services) that serve a practical purpose for the communities that are paying to build them, and to maintain them. In the post Covid-19 world, building a convention centre is about as sensible as trying to construct a stairway to Heaven.

Footnote One:. Obviously, there is a steep economic cost to maintaining the lockdown. Any persistence with it would need to demonstrate that the time the lockdown has bought us has been spent wisely, and has enabled the public health system to shore up its defences. Unfortunately, the problems with (a) access to PPE gear, (b) public access to testing, (c) the lack of any increase in ventilator capacity or (d) the lack of notable advances in digital tracing have not (cumulatively) been very re-assuring. To repeat : we need to know a lot more about whether New Zealand can cope with moving from a suppression to a mitigation response to the virus.

Footnote Two : Maybe the politicians and employers feeling very gung -ho about returning ASAP to business-as- normal, should be being asked to nominate which members of their own families they regard as being expendable, for the greater economic good. And in case you were wondering how on earth the value of a human life is calculated, here’s how it is done across the Tasman.

Footnote Three. One of the problems with the proposed timetable for shifting out of lockdown is that there is still no clear scientific consensus on how the virus is being transmitted. The WHO say it is by the droplets coughed and sneezed by carriers – some of whom will be asymptomatic – onto those in close contact, or onto surfaces that other people touch, and then touch their faces. The whole two metres of social distancing has been based on droplets being the main means of transmission.

By contrast, the US Center for Disease Control has been more willing to allocate a significant role to aerosols, the smaller “ airborne” particles expelled and exhaled when people breathe, talk, or laugh and which can travel considerably further than two metres and persist in the air for some considerable time.
The aerosol clouds created seem to be considerably larger around joggers and cyclists,– who to date, seem to be blissfully ignoring the higher risk they may pose, and the need for them to initiate a higher amount of social distancing.
On the (slight) upside, the Covid-19 virus does not appear to be as communicable through aerosols as -for example – measles.