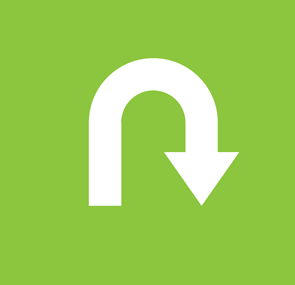 So many U-turns, in such a short period of time. Pity poor old Fox News, which had been dutifully pushing the Trumpian line that the coronavirus is an overblown media hoax that will blow away with the warm winds of Spring – only to have to pivot suddenly this week to crisis mode, in tandem with the White House. He may treat other Americans as expendable but hey, Donald Trump has evidently decided that his own political survival now depends on him looking like he’s on top of this thing. This clip is essential history.

Similar screeching U-turns are being heard at home, too. Can it be only two weeks ago that Simon Bridges was calling jauntily for a ‘bonfire of regulations?’ Well, the same giants of the corporate sector who –for decades ! – had been keen advocates of de-regulation and small government, are now lining up for big government bailouts to save them, given how the pandemic is ravaging their normal business models. Reality, as Stephen Colbert said so long ago, has a well-known liberal bias.

Best U-turn yet ? Hat tip to the Standard, for noting that even the libertarian corporate mouthpiece aka the Taxpayers Union, has joined the call for socialism in our time. None of us ever thought we’d see the day when the Taxpayers Union would be saying “taxation-is-not-theft” stuff like this :

A market-led approach in these times would be an extraordinary mistake. The extremely tight timeframe, matched with significant information deficiencies on the part of consumers and firms, plus massive externalities of individual behaviour all characterise market failure. As fiscal conservatives it does not come naturally to call for a dramatic expansion of the size of state spending. But a core of role of Government, and why we pay taxes, is to protect the citizenry at times of national systematic shock such as war or pandemic.

Liked the bit about consumers and firms lacking the ability to make informed decisions. (Free market zealots usually assume that every market participant is omniscient.) Ultimately, the Taxpayers Union is calling for something that sounds a lot like partial – or total! – nationalisation of our essential industries :

Taxpayer funds paid to companies must be in return for the Crown taking a significant/majority or total shareholding.

Also good to see them going to bat for the progressive idea that raising the income of the poor gives you more bang for the stimulatory buck when you’re trying to keep an economy ticking over :

Finally – low income households tend to spend a greater proportion of any marginal income, so boosting their income is likely to have a disproportionately large stimulative effect.

Yep, as yesterday’s Werewolf column argued, it is the left that has all the good ideas on how to respond effectively to an economic crisis. Maybe Simon Bridges needs to self-isolate, until he can find something constructive to add to the nation’s response to the coronavirus crisis.

IMO, the health sector should have been treated this week as a far more pressing priority than the small business sector. In this week’s $12.1 billion stimulus package, only $500 million was allocated to the heath sector – and as yet the expansion of testing centres is still only at the planning stage. New Zealand’s capacity for coronavirus testing remains alarmingly low:

For her part, PM Jacinda Ardern has put the capacity we’re working towards only a little higher, at 1,500 a day. There has been no official explanation as to why that dangerously low figure should be our maximum, given that South Korea, Singapore and Taiwan (smallish countries that we keep on citing as models) have been managing 10,000 to 15,000 tests a day, with drive-through testing centres being a feature of their response. Also, and even though we are reportedly only two weeks away from community transmission, our criteria for getting testing – or a testing referral from a GP – remains very restrictive :

Current criteria for the tests are clinical symptoms in people who have travelled overseas or had close or casual contact with a suspected, probable or confirmed case of coronavirus within 14 days of the onset of symptoms. Health workers with moderate or severe pneumonia were eligible for testing, irrespective of any international travel. Clinical criteria included a temperature (38 degrees Celsius or over), or any acute respiratory infection with at least one of the following: shortness of breath, cough or sore throat, with or without fever.

If we truly are on the brink of community transmission, these criteria need to be expanded NOW. People need to be clearly given a far more expansive basis for how they can get a test, where they can get a test, and what will happen to them if and when their test result is positive. So far, Health Minister David Clark has been an almost invisible, mainly reactive figure in this crisis. He needs to step up. Also, have there been any recent sightings of Civil Defence Minister and Associate Health Minister Peeni Henare?

Covid 19 is primarily a respiratory disease, and ventilators are the most essential tool in assisting breathing functions so that serious sickness doesn’t become fatal. As this column pointed out yesterday, Johns Hopkins University research shows that Australia and New Zealand have one of the lowest rates of ICU beds/ventilators per capita in the developed world. There have been some local reports of boosting those numbers by adapting anaesthetic equipment for use as ventilators.

One other route of expanding the supply would be to take a simple design and – as Italy has done – set our Defence Forces to work on a crash course of building them. There’s a good overview article here as to what the rest of the world is doing to expand its ventilator capacity. If – as reported this morning – the pandemic will not peak here until August, a production line of ventilators built by the armed forces would still be useful before then, and subsequently.

What we have not yet seen from government is a co-ordinated plan to urgently expand the health system’s resources in personnel, treatment and resourcing. The call-up of retired GPs is welcome, but all frontline medical personnel will need to have at their disposal a massive expansion of the materials required for effective treatment. This involves everything from more ventilators, more ICU beds, and the stockpiling of existing drugs to counter the ‘cytokine storm’ phase of the illness raised by Werewolf in a column last Monday. In that respect, the news that dentistry may need to shut down in a few weeks for lack of protective masks is hardly re-assuring.

Right now, airlines, plane-makers and airport companies around the world are looking for government bail-outs. Boeing’s plaintive press release call for help can be found here. There is evidence that Boeing skimped on the safety measures for the 737 Max, and used the savings – and its years of profit – to finance share buybacks designed to drive up Boeing’s share price, and thus richly reward its top managers. Understandably, Boeing has not been getting a lot of sympathy. Commenters are suggesting help for Boeing in finding its own bootstraps, and – in lieu of a taxpayer bailout – maybe it save the money it requires by putting less avocado on the toast at its power lunches ?

Air New Zealand was not included in our recent bailout package for the airline/airport industry, but is now being lined up for special assistance rumoured to be in the region of $2-3 billion. Hopefully, and despite its recent enthusiasm for socialism, the Taxpayers Union will be poring over the full details, and at the duration of the assistance on offer. As a small trading nation, we obviously need to be able to rely on a national airline willing and able to work in tandem with the needs of business and of the wider community. To that end, logic would suggest that any major bailout should ensure that the airline returns to 100 % state ownership, from the current 52% level.

In the meantime, we can look back fondly at the back pages of Air New Zealand’s gravy days here and also here – and wonder whether any of those booming profits were set aside for a rainy day.