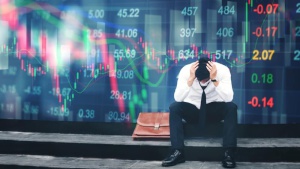 Yesterday, US President Donald Trump gave Americans and Europeans a lot of good reasons to panic and/or bristle with outrage. Instead of providing leadership and unveiling a practical stimulus package for the US economy, Trump used his Oval Office address to exempt himself from blame by creating a new scapegoat : namely Europe, which he is subjecting to a ridiculous 30 day travel embargo that will (a) exempts Americans coming home from Europe and (b) also exempts anyone coming from the UK or Northern Ireland.

Unfortunately though, the Covid-19 coronavirus doesn’t read the passports of the people it chooses to infect. As the New York Times politely pointed out, Europe hasn’t been the main source of US infections. Not that Trump was the only person behaving foolishly yesterday. Here at home, our tourism leaders were prematurely urging the government to lift its travel ban on China :

This seems totally irresponsible. In the past, the Chinese leadership has a track record of under-reporting the disease. Right now, Beijing has an obvious self interest in promoting good news about its alleged success in controlling the virus, and it has already taken steps to control any independent negative reporting on the progress of the disease. At this point there is no way of telling whether the good news is accurate, and whether – even at best – China’s draconian quarantine measures have just artificially suppressed the disease. Until Chinese workers get back on the production lines and Chinese consumers get back on the streets and into the shops, we have no way of knowing whether re-infection will occur. In the meantime, our China travel ban should stay in place. If anything, there’s a good case for extending it to other countries.

The New Zealand government can hardly be accused of hair-trigger reactions to the crisis. It will be next week before the government finally rolls out and clicks into place its combat-the-coronavirus plan. Supposedly, acting any sooner would have been a surrender to the “kneejerk reactions” that Reserve Bank governor Adrian Orr and Finance Minister Grant Robertson have both warned us against. After all, this country hasn’t got “ community level” rates of infection yet, right?

Hmmm. But surely, if you’re going to prepare for a disaster, its usually advisable not to wait until the disaster is in full bloom before you announce what you aim to do about it. Yesterday, Australia unveiled its $A17.6 billion dollar combat-the-coronavirus programme. Here’s the gist of it :

Key points: The Government will pump $11 billion into the economy between now and July…[and] The Government concedes it will not deliver its forecast surplus for this financial year

Prime Minister Scott Morrison said the package would provide an immediate stimulus to the economy amid fears Australia could slip into a recession. The package includes tax relief for small businesses, one-off cash payments for welfare recipients and money to help keep apprentices in work. More than 6 million welfare recipients, including pensioners, carers, veterans, families, young people and jobseekers will get a one-off cash payment of $750 from March 31.

The New Zealand package due next week is likely to proceed along similar lines, targeted at (a) providing wage subsidies, tax relief and banking assistance to New Zealand firms to help them keep people in jobs over the next few months and (b) providing cash assistance to those people who will inevitably lose their jobs.

One thing’s for sure. Tax cuts alone will not do it, although National Party leader Simon Bridges has made tax cuts his top priority, in much the same way that Trump has made a payroll tax cut central to his administration’s policy response to coronavirus. Neither Republicans nor Democrats in the House seem to like the White House’s fixation with a payroll tax cut. Such tax cuts, they argue, deliver a disproportionate amount of the relief to those people likely to be the least affected by the crisis.

Finally though there’s a problem with any form of stimulus package. Sure, putting more money in peoples’ pockets will help them to pay their basic bills, and that’s great. But that won’t induce many of them to take trips, to buy household appliances, to go out for expensive meals and to do all the other things that keep an economy ticking over. Until the threat from coronavirus really does subside, next week’s stimulus package will offer a lifeline to the economy, but it will not offer a magical cure.

Having swiped right on Joe Biden, the Democratic Party is about to have its first champagne bucket, fancy menu date by candlelight with its chosen one on Monday (NZ time) when the former vice-President will be debating one-on-one with Bernie Sanders. (To add to the intimacy there will be no studio audience present, thanks to the coronavirus.) That debate should indicate how well Biden can stand up to a sustained period of hostile scrutiny. It should also identify the policies and personal foibles likely to define Biden during his future encounters with Donald Trump.

In getting to this point, it is surprising that the Biden campaign has broken every supposed rule of modern electioneering. Barring accidents, Biden has prevailed (a) while spending next to nothing on television advertising (b) without a strong organisation on the ground in most of the states he won and (c) without chalking up even one memorable debate performance before becoming the all-but-anointed choice for the Democratic nomination. Name recognition, free media coverage and hope has triumphed over all the other stuff. Oh, and there was that other job that Biden once had. Reportedly, of the 2,700 ads that Biden did run in Missouri, more than 2,300 of them featured praise from former President Barack Obama.

Instead of taking the Democratic Party by storm, Bernie Sanders succeeded in uniting it against him. Fleetingly, Sanders achieved frontrunner status, but only while an array of other candidates were splitting the vote. Once the moderates coalesced behind Biden, Sanders was toast. You could still see a ghost of that process at work in Tuesday’s primary result in Washington state, where achieving only 32.7% of the vote still enabled Sanders to pull just ahead of Biden because (thanks to early voting by mail) fully one third of all the votes cast were for the dropouts : Elizabeth Warren, Michael Bloomberg, Pete Buttigieg, Amy Klobuchar etc.

In Michigan, the white working class voters who had delivered Sanders a famous victory in 2016 became Biden voters this time around, presumably out of gratitude to the Obama administration for bailing out the auto industry in the wake of the Global Financial Crisis. Overall, a lot of white working class Democratic voters seem to have hated Hillary Clinton far more than they were ever willing to embrace democratic socialism.

Even if Sanders now has no viable path to the nomination, there’s still some point in him continuing to champion the party’s progressive wing – if only in the hope of winning some policy concessions from the Biden camp, as the price of party unity. Yet realistically, what concessions would possibly convince the true Bernie believers NOT to stay sulking at home in November? That’s very hard to imagine. In the fine old tradition of left wing factionalism, the choosing of Elizabeth Warren as VP would merely inflame the Bernie diehards. Matthew Yglesias of Vox has sarcastically suggested that Biden could offer the Sanders crowd these concessions : (a) a large minimum wage increase (b) a major expansion of government run health programs (c) a multi-trillion investment in zero carbon energy and (d) a ban on [union-busting] right-to-work laws.

The joke being that these are all Biden positions, already. No doubt, Biden is a deeply flawed candidate, and his success to date has been premised entirely on him being the best shot at defeating Trump in November. The high turnout and coalition of voters he has managed to attract go some way to supporting that claim. (Voters aged below 45 are the glaring gap in his support base, and his ability to attract Latino voters will be tested in the Florida primary results on March 17.) As mentioned, Monday’s debate will reveal just how robust Biden can be under sustained fire. Maybe we’ll discover then just how well- founded the “electability” hopes placed in him really are.

Footnote : As we prepare to say a long goodbye to Bernie Sanders, it is still worth asking – wouldn’t any female candidate who yelled at red-faced volumes as often as Sanders does, have been written off right at the starting gate? Elizabeth Warren got stereotyped as a nagging scold for far, far less. It would seem that earnest vehemence in a man is to be taken as a sign of his honest virtue. But in a woman… sheesh.