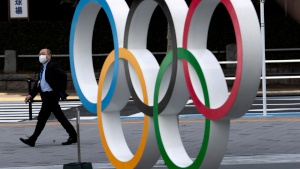 Sure, there’s a logic to having four stages of response to Covid-19, flexible enough to vary region by region. The idea being…. The stepped response will slow down the spread of the virus, minimise social panic and avoid the health system being overwhelmed by a simultaneous Level Four across the entire country. Unfortunately, the result is that New Zealand is starting to look more like the Covid-19 failed states – Italy and the United States – than like those relatively successful small states (Taiwan, South Korea, Singapore) that acted more aggressively right from the outset.

Those more successful states imposed total lockdowns early, and carried out widespread test and tracing practices. Currently, New Zealand’s daily rate of completing 1,200 – to 1,500 tests is still falling far, far below the early Taiwan/South Korea levels, and access to testing remains based on the same narrow set of criteria with which we began our response – ie, a direct line of connection with someone from an infected country, plus overt symptoms of Covid-19. At present, there is no indication of how New Zealand plans to manage the transition from its currently limited test-and-trace system to the testing regime that community transmission will require.

In addition, Australia and New Zealand are entering the pandemic with a significantly lower level of ICU beds/ventilators pe 100,000 citizens than most other developed regions the US, Canada). Ventilators are crucial tools for treating seriously ill patients. The low incidence of ventilators– incredible in a country that has such a high incidence of respiratory diseases – has been a legacy of the way that decades of free market reforms systematically ran down the health system in the name of fiscal “ efficiency.” Last October, the Johns Hopkins University Study of global security systems in the event of a pandemic showed just how badly prepared New Zealand continues to be, in several key respects. The numbers for “infection control practices and availability of equipment” are particularly bad for a developed country, and rank us 77th out of 195 countries.

Regardless, the coalition government is still showing no sign of mounting a crash programme to build more ventilators ASAP. Those ventilator-building emergency programmes are being enacted and called for elsewhere. In the US, much of the criticism of Donald Trump’s refusal to invoke the Defence Production Act has been over this issue of mass ventilator production thereby being stalled. In New Zealand, we could be actively co-ordinating the efforts of industry and the armed forces to build more ventilators. Obviously, more trained frontline nursing staff would also be required in order to deploy them usefully.

In sum, the four level system may be offering only false res-assurance. By ensuring the health system isn’t being overwhelmed now we could only be ensuring that it WILL be overwhelmed by a higher number of patients further down the track. That’s the lesson Italy has given the world. Gradualism ends in disaster. Early and total lockdowns and widespread test-and- tracing methods tend to be rewarded.

If Covid-19 is the equivalent of war, then perhaps PM Jacinda Ardern should be inviting Opposition leader Simon Bridges and his deputy Paula Bennett to join the Cabinet, so that a bi-partisan approach can be taken to formulating policies in the national interest. There is precedent for Ardern doing so. During WW2, Labour PM Peter Fraser persuaded Opposition figures Gordon Coates and Adam Hamilton to join the War Cabinet.

Bridges would be wise to accept such an invitation, given that his nit-picking over the initial stimulus package was so widely seen as counter-productive. Ordinary New Zealanders have always had a low tolerance for the adversarial to and fro common within the Parliamentary bearpit. In this climate, such attempts at petty point scoring seem toxically irrelevant.

As mass gatherings are being cancelled around the world, the International Olympic Committee continues to live in denial about the Summer Olympics due to place in Japan in August. Under the terms of the host contract for the Tokyo Games the IOC has the sole discretion to decide whether “ the safety of participants in the Games would be seriously threatened or jeopardised for any reason.”

Logically, the IOC has only a few options. It can (a) cancel ( (b) postpone (c) re-locate (d) proceed with the competition as normal or finally, proceed with the competition as normal but in front of empty stadiums. Re-location is obviously not a real option, given this is a global pandemic. Moreover, the IOC also has to consider the added potential threats faced by Paralympians, who could be at greater risk from a communicable disease. The tightly packed Olympic villages in which athletes reside could become potential transmission sites.

Besides the safety issue for the athletes, spectators and host communities, the two additional factors weighing on the IOC will be the economic impact on Japan, and on the billions that commercial sponsors have poured into this event. Most notably NBC, which has some $US3-4 billion tied up in the broadcast rights. NBC has already flexed its muscle. The last time that Tokyo hosted the Games it was during autumn, in October 1964. The reason why these Olympics are being held in Tokyo at the height of summer is because this was the only suitable slot available that wouldn’t clash badly with NBC’s coverage of other fixtures on the US sporting schedule.

Similarly, NBC’s always tight annual programme schedule will be complicating any attempt at postponing the Games, even though baseball, basketball and American football are all facing similar disruption from the Covid-19 threat. Moreover, the athletes have been training for four years in order to peak in August 2020. Postponing the Games to some vague future date would have major implications for their training, and performance.

Some indication of NBC’s clout with the IOC can be gauged by how the timing of the swimming coverage got settled. Since swimming is a popular sport in Japan, the Japanese Olympic Committee lobbied for it to be scheduled and shown in Japanese prime time, but NBC pushed for it to be shown in US prime time, which would be early morning off-peak in Japan. Guess who won that battle with the IOC?

NBC’s needs – and those of the other major sponsors – will be causing the IOC to give more weight than might otherwise be expected to holding the Games competition in front of empty stadiums. To NBC, it doesn’t matter all that much if there isn’t a crowd present watching the competition. If this option was embraced, there could even be a job opportunity for Weta Digital in offering NBC a package that would create a virtual audience atmosphere within the stadiums.

As things currently stand, postponement seems the likeliest option being talked about. The host contract says that the IOC has to give local organizers, the city, and the national Olympic committee 60 days’ notice of any decision to terminate. Therefore the IOC has until the end of April to make its final decision. Whatever happens, the IOC will be just fine. Reportedly, it has $2 billion in its reserves, and has also taken out a circa $14-20 million insurance policy to protect itself against the cancellation of the Tokyo Games.

Its latest annual report shows it has almost $2 billion in reserve that could cover running costs until the 2022 Winter Olympics in Beijing. The IOC’s annual reports show it paid almost $14.4 million in an insurance premium to protect against canceling the 2016 Rio Olympics and $12.8 million for a policy to cover the 2018 Winter Olympics in Pyeongchang, South Korea IOC President Thomas Bach was asked last week after an executive board meeting if the insurance premium has risen to as much as $20 million for a Tokyo policy.

The real losers will be (a) the Japanese government which has gambled heavily on the financial/tourist/cultural image benefits of staging the Games and (b) the athletes themselves, who as mentioned, have devoted years of their lives to excelling at this point in time. No country however, can currently take the risks that an Olympian scale influx of athletes and crowds might involve, assuming even that many foreign tourists would be willing or able to make the journey to Tokyo.

Songs for the times (a series)

Back in 2006, the US emo-indie band Rainer Maria released this ”Catastrophe Keeps Us Together” track…seems pretty apt right now.