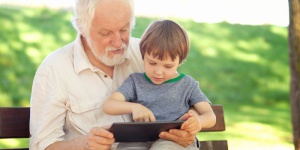 Reportedly, there are some 650,000 New Zealanders living in Australia. Many will lose their jobs in the economic crash caused by Covid-19, and none of them will be eligible for income support from the Australian government, despite having lived there and paid their taxes for years – or decades, in some cases. So far in vain, PM Jacinda Ardern and Foreign Minister Winston Peters have appealed to their counterparts in Canberra for an exemption of limited duration for New Zealanders, so that the people affected can endure this crisis and pursue social isolation while still having the basic means of existence.

[Ardern] : “I have raised this issue with prime minister Morrison. I have specifically sought … a short-term exemption, just for these exceptional circumstances for New Zealanders to be supported, not least because it will encourage compliance at a time when we need everyone to be self-isolating if they had to, for instance,” Ardern said. “That is not something that has happened at this time, but it is something that has been raised by both the deputy prime minister and myself with our counterparts.”

So far, Australia has refused us, even while it looks to ‘tweak’ its visa system to re-categorise back-packers and seasonal migrant workers to ensure the essential supply of labour to the agriculture sector. New Zealanders, it seems, are disposable :

According to the most recent figures from the Department of Immigration, there are 2.4 million temporary visa holders in Australia….A large cohort of these visa holders are New Zealanders – more than 600,000 – who are on special category visas. While [Australian PM Scott]Morrison said yesterday that the travel ban would not apply to New Zealand residents, those who remain in the country are not eligible for social security payments in the event that they lose their job.

In the recent past, Australia has turned a deaf ear to our pleas not to deport Kiwis who had lived all – or almost all – their lives in Australia, married Australians, and who have no ties or support systems back here. The Covid-19 crisis ratchets that injustice up a few more notches. In desperate times, in times of war, Australians and New Zealanders are – according to Anzac legend – supposed to stand together, and to look after each other. On this side of the Tasman, we are looking after Australians, and offering them income support. Currently, Australians are pocketing that favour, and are not doing the same for us.

Sure, there are more of us over there, than there are Aussies over here. But we’re talking about temporary income support for New Zealanders who have been tax paying, contributing members of Australian society, and who are now being laid off work through no fault of their own. In the circumstances, returning home isn’t an option for many ; they would be coming back to a country where they would have no jobs, no housing and where moving in with elderly parents would put lives at risk. All Australia has to do is extend its existing “ special benefit payments” to include New Zealanders, and on a strictly temporary basis with a sunset clause set down in writing. See then through this crisis, and they’ll being valuable contributors to Australia’s economy.

According to the (paywalled) Australian newspaper yesterday, the Morrison government is looking at new welfare options for non-citizens. The ABC has also been reporting on the crisis facing non-citizens, such as international students, and those on ‘temporary skills shortage’ work visas.

Undoubtedly, large numbers of people (and several different categories of non-citizens) in Australia are potentially in need of help. Even so, New Zealand can lay claim to a special status, based on our shared history with Australia and our current joint interests in the Asia-Pacific region. It is in times of crisis you supposedly learn who your real friends are. Yet in recent years, Australia has been acting more like an abusive partner : careful diplomacy has to be exercised by MFAT not to make Australia angry, so New Zealand dutifully swallows its rebuffs and pursues defence and security goals in the Pacific in unison with Canberra in the hope that this compliance will be rewarded, and that the relationship will stay intact.

Yet as things currently stand, Australia seems willing to let the Kiwis in their midst to be made destitute by Covid-19, and to deny them even temporary relief. Some friend.

Reportedly, Covid 19 poses a more serious threat to the elderly and to those with pre-existent health conditions. Italy has had the highest rate of fatalities per capita to this disease than any other country, and it also has the world’s second oldest population. Furthermore :

The country is famous for the central role of extended families in people’s daily lives. But this intergenerational mixing may have played a part in spreading the infection.

If so, that means the disease is likely to be particularly dangerous for those New Zealand households where – for a variety of economic reasons and cultural values –several generations live under the same roof. On average, young people may be at less risk to themselves from Covid-19, but they can be ready carriers to the older people with whom they live, and have regular contact.

This is one reason for school closures – to limit the spread of the disease horizontally among youth, but also to limit the extent of vertical transmission, to the elderly. Hopefully, very few of the kids now being sent home will have been pre-loaded with germs. That’s been a key argument for the early closures of schools. It is also a caution against an over-reliance on grandparents for childcare, while parents continue to work.

There are some households where generational mixing is utterly unavoidable. Roughly speaking, census figures indicate that there are nearly 10,000 grandparents who are filling the role as parents in New Zealand, many of them because the parents are unable or unfit for the task. Those reasons can range from physical or mental ill health, to poverty, to various forms of addiction.

According to the Grandparents Raising Grandchildren (GPG) charitable trust, 65% of the grandparents on their books in 2017 were co-parenting, but 35% of them were doing it on their own, with access to Working For Families. Very few of the 70% of such families who were entitled to the Unsupported Child Benefit had been pro-actively advised by WINZ about the existence of this support. A 2016 survey of 1,100 such carers by GPG found that the median net household income for grandparents raising grandchildren was $40 -50,000 but 40% of sole grandparents had household incomes of less than $30,000.

In other words, these families tend to be low income households where a high level of intergenerational mixing is inevitable. It is also a situation where the consequences of losing what is – in over a third of such cases – the sole responsible carer in these children’s lives would be devastating.

The point I’m getting at is that the social distancing the disease requires may be a lifestyle option that’s more readily available to middle income and upper income nuclear families. Cultural values, economic need and the scarcity of affordable housing will put other communities at greater risk. As in Italy, the same caring and inclusive values that welcome several generations into the daily life of the family are also likely to take a disproportionate toll.

Songs For the Crisis (a series)

And here’s Sting and the rest of the Police from 30 years ago, with a prescient message. Don’t stand, don’t stand, so close to me…