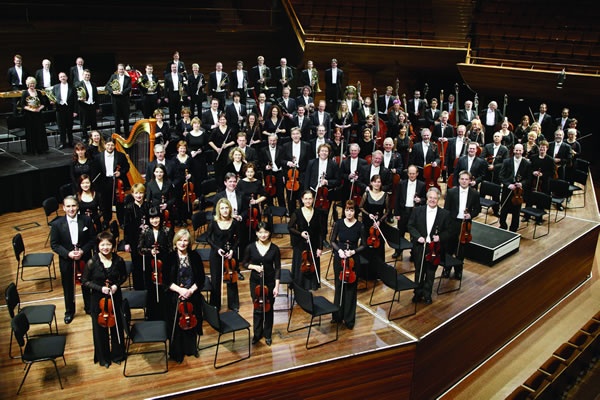 Come July and under current plans, RNZ Concert as we now know it will have ceased to exist.

Instead, it seems that Concert is being planned to have a radio presence only on poor quality AM radio that’s better suited to the broadcasting of sports events. It will also lose the presenters and creative staff that currently provide the station with its New Zealand identity. As a high quality stereo experience, Concert will be available only online.

In Concert’s place on the FM dial, RNZ will be offering a new station that’s intended to cater primarily to a 18-35 age group already well served by private radio, and which RNZ has conspicuously failed to attract with its own youth-oriented efforts in the past. Despite the attempts by CEO Paul Thompson to present this as a good news story – RNZ (cross fingers) reaching more New Zealanders – it signals a further surrender by state broadcasting to commercial pressures. New Zealand is the only developed country without a non-commercial television channel. This country is now planning to jettison its FM radio commitment to classical music ; an art form that’s always been a vital part of Western culture, and of this country’s own artistic traditions.

This move may not yet be a fait accompli, since powerful voices (current and former PMs included) are being raised in the defence of RNZ Concert. The short time frame for the transition – announced in February, in place by mid-year – indicates that RNZ management have decided on a blitzkrieg approach that’s meant to limit the time available for public dissent to mobilise. Yet to enable full and democratic input from the public, surely RNZ needs to publicly table the comparative business cases – staff costs included – for the alternative format being envisaged for the frequency in question. To put that point another way….the public has not yet been told what amount of money would be required to retain the FM frequency in its current Concert format. That would be a useful figure to have on hand, if and when a public fund-raising drive is mounted to save RNZ Concert on FM.

There are, of course, financial realities involved. But there is no good reason why a wide-ranging debate on the retention of RNZ Concert on FM should not be expanded to include a public discussion of the potential role in future for a limited form of corporate sponsorship. In the US and in many other countries, a limited, non-intrusive form of corporate and private foundation sponsorship – supported by tax relief for the donations involved – is seen to be normal. For many years, exactly that kind of sponsorship has supported New Zealand’s international film festival (another vital art event that’s patronised mainly by an older pakeha audience) which probably could not survive without its commercial backing. Its hard to see why a restrained form of sponsorship should be quite OK for elite film, but not possible for elite music.

To ensure that this process does not turn into a government vs RNZ bout of arm wrestling that could well endanger RNZ’s independence, a small independent panel should be appointed immediately to negotiate with RNZ over the possible futures of Concert. There are credible people around who have experience in public broadcasting, management of the arts and corporate fund-raising. ( I can think of one former TVNZ chief executive who fits the bill.) What should be entirely non-negotiable from the outset though, is the retention of Concert as a quality audio experience, and not merely as a format that’s available only online.

Footnote : If RNZ management continue to be muleheaded about going down the path it has flagged, there would be little reason for any New Zealander with a passion for classical music to persevere with it. Other high quality classical music radio stations are readily available online. In Australia, for instance, ABC Classical can be readily streamed from this site. Berlin, as you’d expect, has several classical music radio options including this excellent one

While also in Berlin, rbbKultur has a whole family of stations offering classical music options available at this link.

In the US, Chicago FM radio station WFMT offers very high quality classical programming that has long been a favoured option by the Chinese authorities for re-broadcast through Shanghai as well : while from New York, classical radio station WQXR can be streamed from this site.

These and other classical music stations around the world can also be accessed via what is for my money, one of the Internet’s most magical websites. Radio Garden offers a single map of the world and one click access to most – if not all – of the radio stations on the planet. Want to know what they’re playing right now on Best FM in Ulan Bator? Or on JumpRadio in Lagos, Nigeria? Or how about Universite Radio in the city of Kara, northern Togo? Or how about RNE-Radio 4 in Barcelona which – as I’m typing this – is playing Beethoven’s Fifth Symphony? All of this and an infinity of great music, comment and diversity beyond your wildest dreams is available through the map on Radio Garden, available here.

As the contest for the Democratic Party nomination shifts tomorrow (US time) to New Hampshire, the jostling among the activists who participated in the Iowa caucuses has seen Bernie Sanders and Pete Buttigieg emerge as the front-runners. True, the field of who is to be The Great Unifier able to bring the party and nation back together still includes Elizabeth Warren, Joe Biden and Amy Klobuchar – but time is running out for all of them. Biden is already downplaying expectations for New Hampshire and is merely hanging on until South Carolina on February 29, when the black electorate that supported Barack Obama will (Biden hopes) come out and save his bacon. Or at least keep him viable until Super Tuesday on March 3, when 15 states will hold their primaries simultaneously.

Maybe. One problem looming for the other leading Democratic contenders in November – Sanders, Buttigieg and Warren – is that they all poll badly among black and Hispanic voters. Reportedly, the population of voting age African-Americans is at or near or above the national average (of 12.5%) in perennial swing states such as Florida, Michigan, North Carolina, Ohio and Pennsylvania. Clearly, Democrats will need a large black turnout in those states if they are to defeat Trump. Yet if the general election campaign language does shift to messages of moderation and unification (in order to attract the key white swing voters who were pro-Trump/anti-Hillary in 2016) the more likely it would be that black voters would simply stay home, rather than turn out in enthusiastic droves to support the status quo. Obama was unique in that respect.

As Slate’s Jordan Weissman pointed out a few days ago, Buttigieg is currently doing Sanders a huge favour and making it more likely that Sanders will win the nomination.

Mayor Pete seems to be clearing Sanders’ path to the Democratic nomination by crippling their common rivals without actually carving out a clear route to win himself. Sanders’ campaign has always faced two key questions. First, could he consolidate the party’s left wing behind him, or would he and Sen. Elizabeth Warren undermine each other by splitting that vote? Second, even if Sanders could win the battle for the party’s progressives, would that be enough to overcome Joe Biden, who seemed to have a lock on moderate and minority voters? Buttigieg has helped on both fronts by sapping support from both Warren and Biden, whom his backers consistently list as their second choice candidates.

As Buttigieg continues to prevail over Warren, Weissman says, progressives will turn to Sanders as the leftish candidate more likely to prevail. In the moderate lane, Biden can’t get a clear run. He is being crowded by the surge for Buttigieg, and by the late entry of Michael Bloomberg, who is staking his all on a strong showing on Super Tuesday. Basically, Biden is surrounded by spoilers who are eroding his main pitch for the nomination : that he is the only guy who can reach across the aisle, mobilise black voters and beat Donald Trump. (On February 29, South Carolina will put Biden’s claim to be a ‘black voter magnet’ to the test.)

The Bernie Believers of course, think that Sanders is really the guy who can reach the masses of disenchanted proletarians who supported Trump in 2016. Arguably, this belief reflects an ideological romanticism about the working class. This year, that romantic belief seems about to be given its first serious test since George McGovern won the Democratic nomination in 1972, and went on to suffer a massive defeat. Certainly, there are plenty of conservatives who would love to fight Election 2020 against Sanders :

Sen. Martha McSally of Arizona, one of the most vulnerable Republicans in 2020, [was] asked about how she would thread the needle, running in a state where many independents have turned against Trump. She argued that once the general election came, the campaign would turn into a referendum on socialism or freedom. That argument is obviously easier to make with Sanders on top of the ticket.

Yet in the same article, the conservative Washington Examiner warned the faithful against treating Sanders as a pushover who would be the easiest of all the Democratic candidates to beat in November. Given Trump’s bad poll ratings, the newspaper says, it might take only one foreign policy disaster to turn this year into a repeat of 2016, but at the other end of the political spectrum – with the candidate widely written off as unelectable succeeding against the odds, regardless.