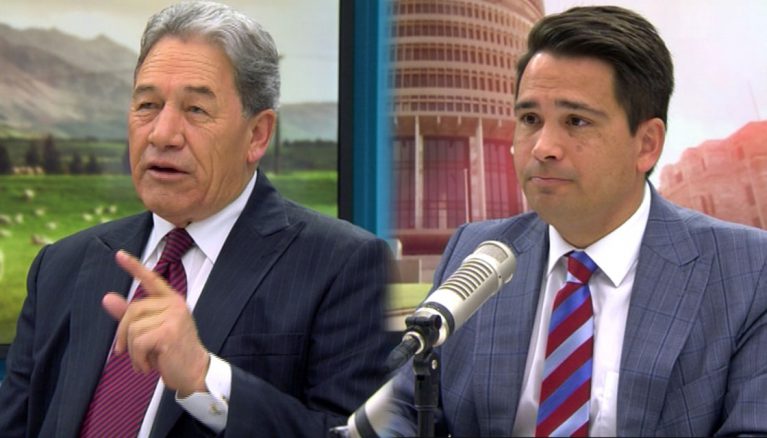 Even paranoids have real enemies. While there has been something delusionary about the way New Zealand First has been living in denial about its donations scandal, one can sympathise with its indignation about Paula Bennett and Simon Bridges being among its chief accusers. Given that the National Party is enmeshed in a donation scandal of its own that shares the same core features, it is a bit like Al Capone being accused of wrongdoing by Bonnie and Clyde.

Unfortunately, the entire country seems to be living in denial about the existence of these sort of shenanigans. According to Transparency International, New Zealand is tied for first place with Denmark as the least corrupt country on earth, based on the perceived lack of corruption within our public sector and judiciary. Such perceptions exist despite the fact that New Zealand is entering election year 2020 with major corruption scandals hanging over two of our main political parties, as regards the handling of donations from their wealthy supporters.

Last month, the Serious Fraud Office announced it had filed criminal charges against four people “in relation to donations paid into a National Party electorate bank account” and those as-yet unidentified accused will appear in court on February 25. According to Bridges, no National MPs, staff or office holders were involved in the two payments of $100,000 each – one before the 2017 election, and one after it – into a party bank account. Meanwhile, the SFO has also just launched an investigation into the handling of donations paid to New Zealand First via the New Zealand First Foundation.

While details are scarce, both investigations involve allegations that large political donations may have been deliberately split up into smaller amounts and/or made under different names, so as not to exceed the $15,000 legal threshold that triggers public disclosure. Problem being…if such loopholes exist in the law, it can be extremely hard to prove that they have been exploited on orders issued from further up the political food chain, and in order to deliberately frustrate the intention of the disclosure rules. In January, Otago law professor Andrew Geddis pointed out just how difficult it can be to hold the likes of Simon Bridges legally liable for such schemes :

For Bridges to be charged, he pretty much would have to had explicitly told donors something like, “I want you to give my party this money in this illegal way.” Now, much as I know that plenty of inner-city, kombucha drinking liberal types like to hate on our Simon, no political party leader would be that stupid. Not even Simon Bridges.

And the National Party secretary’s legal responsibility really amounts to little more than receiving and recording donations, before passing on limited information about those donations to the Electoral Commission. When doing so, he’s entitled to simply rely on what he’s told by donors to the party without having to try and independently verify that it is the truth. Having met those minimal requirements under the law, he’s then in the clear.

Clearly, there’s a wider systemic problem here. For now though, those accused in relation to the two National Party donations are being charged with offences under the Crimes Act, not the Electoral Act. Charges of criminal fraud – and in one case, of deliberately misleading the SFO – are involved. However, if those accused are (currently) not National MPs, staff, or party office holders then logically, the fraud that’s being alleged must be located more among the donors than among the recipients. In which case, the alleged motive would be to maintain the privacy of the donors, rather than to conceal the financial gain to the recipients. If the fraud is a piece of string, the SFO seems to be interested in only one end of it.

Ironically, Bridges has been accusing PM Jacinda Ardern of taking a ‘see no evil’ position with regard to the NZF donations. Yet this is the same stance that Bridges himself has been taking towards the allegedly fraudulent donations to National. Money comes in, but from who knows where. He’s not asking. No-one, in turn, appears to have asked Bridges whether any of the accused were former National MPs, and whether he had ever discussed political donations with any of those accused in the past. For obvious reasons of plausible deniability, leaders of all political parties routinely keep their distance from such messy details. Until and unless Peters is named as an active party to an illegal transaction, there is no more case for him to answer than there is for Bridges. There is valid reason for him to stand down in the interim, anuy more than there was for Bridges.

Obviously though, the distinctions being made are politically significant. If National can credibly claim innocence of how a fraud was committed (twice) from which it directly benefitted…. then surely, so can the parliamentary wing of New Zealand First. If most of the accused being pursued by the SFO are at the donor end of the transactions to National then – to be consistent – any subsequent decision by the SFO to launch prosecutions off the back of its investigation of NZF should follow the same path, unless explicit evidence of collusion gets found to the contrary. To repeat : just as Bridges is currently doing, Peters may well be able to legitimately claim his distance from – and honest ignorance of – what others did, to the ultimate benefit of the parties they lead.

Perceptions do matter, though. As in 2008 – NZF was finally exonerated, but only after it had been driven out of Parliament – the legal outcome will be far less decisive than the smoke and heat and spin that the scandals can be made to generate in the months before Election 2020. In recent months, the media’s sense of outrage does seem to have been far more excited by the New Zealand First donations scandal than by the National Party donations scandal.

Needless to say, any such difference in treatment suits National right down to the ground. Its only route back to power in Election 2020 depends on NZF failing to meet the 5% MMP threshold, and the mainstream media do seem to be obliging it. One shonky donations affair is being treated as a natural by-product of NZF’s political culture, while National’s own shonky donations scandal is being treated as the product of a rogue operation at arms distance from the party that benefitted from it. This palpably different treatment is consistent with the media stereotypes about the two leaders in question : Peters is routinely treated as cunning and dodgy, and Bridges as dumb and earnest. IMO, those stereotypes have far more to do with the media’s class position within the elite than they do with the realities on the ground.

Footnote One. The surreal ‘pot calling kettle black’ aspects of the NZF donations scandal has been underlined by the media-generated rumpus over two journalists being photographed in a public place by someone in New Zealand First ! Egad. On RNZ this morning, Bridges expressed his disquiet at this photograph ending up (allegedly with the collusion of NZF) on a blog closely tied to Whale Oil. Really? Readers of the Dirty Politics allegations about the systematic leaks previously to that blogger by senior National MPs can only be amazed at the hypocrisy.

Footnote Two: The core problem with the donations scandals is the $15,000 legal threshold which, as Otago University law professor Andrew Geddis has argued on more than one occasion, is pitched far too high. The high figure readily enables the re-packaging of bigger donations into amounts that fit under the threshold, thereby defeating the transparency the threshold exists to promote. That $15,000 figure was the compromise figure arrived by Labour and National in 2010, in the wake of an earlier furore over funding and spending. Around Parliament, there seems to be no appetite for changing the threshold figure.

A couple of weeks ago, this column featured the terrific “Sweet” single by the Brighton UK band, Porridge Radio. At the time, I wasn’t aware of their earlier single “Lilac” that is the centrepiece of the band’s recent album Every Bad. Essentially, Porridge Radio functions as a vehicle for the band’s charismatic vocalist, songwriter and lead guitarist, Dana Margolin.

The video for “Lilac” builds to a chaotic, desperate conclusion based around the repeated lines “ “I don’t want to get bitter/ I want us to get better/ I want us to be kinder to ourselves and to each other…” The conclusion conveys the need to transcend depression and the impulses to do with control: “I was thinking about love and control and the things out of my control, and how fragile and incapable depression can make you feel,” Margolin has said. “I was thinking about the way you can feel so close to someone that it’s like their body is your body, like there’s no separation between you, but you can’t stop things from disintegrating.” Especially over its disturbing last two minutes, “Lilac” conveys that state of mind. This band is one to watch.