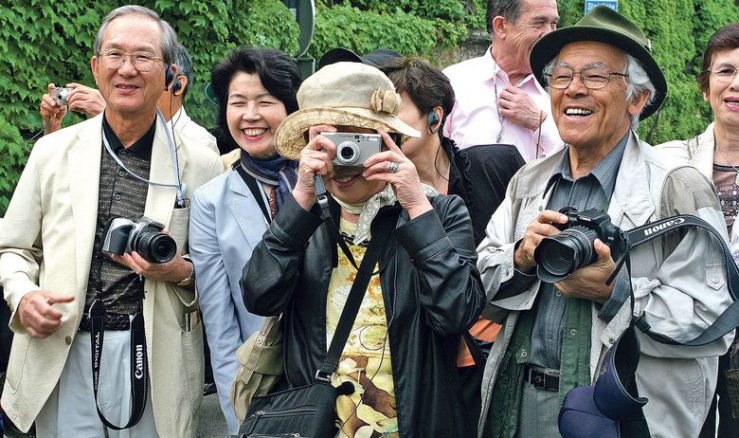 As Bloomberg says, the coronavirus shutdown is creating the world’s biggest work-from-home experiment. On the upside, the mortality rate with the current outbreak is lower than with SARS in 2003, but (for a number of reasons) the economic impact this time around is also likely to be more severe, and longer lasting.

Reason one being that China’s economy is now bigger, but more vulnerable. The economic impact of the virus on the spending habits of the Chinese public – including on imports and travel – will be more severe. Roughly 64% of China’s economic growth in 2019 was consumption-based, compared to only 47% at the peak of the SARS crisis in 2003. (In line with New Zealand and Australia becoming more and more reliant on China as an export market, China’s growth has become increasingly consumption-led.) Therefore, Beijing is going to need to pump more money into China’s economy to make up for (a) their consumers shutting their wallets, and (b) for firms cutting back in the face of this decline in demand.

The travel bans imposed by Beijing and foreign countries will not only affect the ability of Chinese citizens to go abroad. It will reduce the availability of the migrant labour on which China’s manufacturing firms heavily depend. Supply chains are going to be disrupted in unpredictable ways, everywhere from ports of entry to supermarket shelves. The ripple effects will be felt all the way to US high tech firms like Apple, that rely on China for the manufacture of components.

Unlike the situation in 2003 – when the Chinese economy was in a rapid expansion phase that could readily absorb the impact of SARS – this outbreak is occurring at a time when the Chinese economy was already slowing down to a 5.8 % annual rate, its lowest in 30 years. Beijing was already struggling to manage the socio-economic impacts of that slowdown, particularly on employment.

Geography also plays a key part. Wuhan and Hubei are still the epicentre of the coronavirus outbreak – at least 78% of the reported infections have occurred or originated in this area. Hubei is the ninth most populous province in China and its seventh biggest by GDP. As Moody’s rating agency has pointed out, Hubei’s central location and its role as a key manufacturing and transportation hub serves to link China’s eastern coastal area to the central and western regions along the Yangtze River Economic Belt, [thereby increasing] the contagion effect of both the region’s economic slowdown, and the spread of the virus.

Moreover, the knock-on effects of the bans on internal movement are spreading to ports – such as Wenzhou – that are important entry points for foreign goods, including those from New Zealand :

Within China, the outbreak and the government’s response—essentially firewalling off nearly 100 million people in central Hubei province, where the virus broke out—already have impacted a host of sectors, from hospitality and retail to airlines, insurance, and manufacturing. Numerous cities and towns have implemented their own quarantine measures. Among the most restrictive are those in Wenzhou, the city worst hit by the virus outside Hubei, and a major cog in China’s maritime trade.

If it is any consolation, the hit that New Zealand’s tourism sector – both nationally and regionally – is taking from the sudden loss of Chinese tourists is being felt even more heavily elsewhere, in the likes of Phuket, Thailand.

The beach resort of Phuket is Thailand’ssecond most visited destination after Bangkok and is usually a big draw for visitors from China, who accounted for 11 million visitors last year, particularly around the Lunar New Year holiday. Reduced travel from China alone could result in 50 billion baht (US$1.52 billion) of lost tourism revenue, the Thai Tourism Ministry estimated.

As for the impact on New Zealand, some estimates already put the immediate cost to this country of the coronavirus outbreak at $300 million by the end of the month. The enduring effect on big ticket items like log exports, Fonterra’s milk powder exports, the influx of fee-paying Chinese students to our schools and universities, and on Chinese tourism are all difficult to estimate, and will obviously depend on the duration and the severity of the outbreak. While there are some tentatively optimistic signs that the recovery rates from the virus are improving, it is expected to take nearly a year for a coronavirus vaccine to become available.

China also happens to be a major, major supplier of generic drugs to the rest of the world. Will the coronavirus outbreak eventually disrupt those supply chains, and – in addition – see China re-direct those drugs to meet the needs of its own population?

There’s no question that China is a major supplier of drug ingredients to the U.S., especially for widely used generics. For example, according to U.S. International Trade Commission data cited in a U.S.-China Economic and Security Review Commission report (PDF), China accounted for a 70.4% share of U.S. antibiotic imports in 2013. Today, that number may be even higher at a dominant 97%, according to Donald Trump’s former chief economic adviser Gary Cohn….

Back in August 2019, and well before the coronavirus outbreak was detected, Cohn had this killer quote to offer :

“If you’re the Chinese and you want to really just destroy us, just stop sending us antibiotics,” [Chon] said. Cohn’s words highlight a security concern associated with pharmaceuticals from China. As Rosemary Gibson noted in her testimony, centralization of the global supply chain of medicines in a single country makes it vulnerable to interruption, “whether by mistake or design.” If we are dependent on China for thousands of ingredients and raw materials to make our medicine, China could use this dependence as a weapon against us.

As if the US wasn’t paranoid enough about China…

Update on yesterday’s column : the Air New Zealand flight from Wuhan contains 193 passengers consisting of : 100 New Zealand citizens and permanent residents, 23 Australian citizens and 70 foreign nationals, predominantly from Pacific Island countries including Papua New Guinea, Samoa, Kiribati, Tonga, Fiji and the Federated States of Micronesia. As the Australian newsite Crikey noted, lets hope that the NZ Immigration Service treats the Aussies on board better than the Australian immigration authorities commonly treat the Kiwis they deal with.

Second Update : MFAT has now amended the info about the Wuhan flight. On the flight, there are 190 Assisted Passengers – i.e. a number that does not include the flight staff and MFAT staff. The MFAT breakdown is : 54 New Zealand citizens and 44 NZ Permanent Residents on Chinese passports, 23 Australian Citizens and 12 Australian Permanent Residents on Chinese passports, 8 British, 17 Timor Leste, 17 Papua New Guinea, 5 Samoa, 4 Tonga, 2 Fiji, 1 Kiribati, 1 Federated States of Micronesia,, 1 Uzbek and 1 Dutch.

MFAT also says that 60 people expected to be on the flight did not appear, and one person was stop[ed by Chinese authorities on health risk grounds.

The debacle of the Iowa caucus count has not only damaged Iowa’s bizarre curtain-raiser role in American politics but has also detracted from any image of competence that the Democratic Party might have been hoping to project.(Donald Trump’s approval ratings have already risen accordingly.) It was a disaster that some media outlets had accurately predicted. “ The Iowa Caucuses Are Going To be a F*cking Nightmare” was the headline a week ago, on this prophetic piece. Four different and imperfectly weighted outcomes were meant to be individually delivered by the more than 1600 separate Iowa gatherings of voters, and the counting had been entrusted to an app that had not been properly tested. The app duly failed, leading to kabuki like (length) stretches of desperate dead air on CNN and elsewhere, as anchors struggled to fill the void of actual results.

While final results are still not yet available, the tentative findings have put a dent in the candidacy of Joe Biden. Just about the only thing Biden’s campaign had going for it was his supposed electability, that this was the only guy who could beat Trump. Evidently not. In many of the Iowa caucuses Biden didn’t even manage to reach the threshold required to survive the first round of voting, before the bizarrely complex set of re-alignments and weightings kicked in. Bernie Sanders and Pete Buttigieg seem to have been the only candidates taking positives out of Iowa, and into New Hampshire – which will be another very white, relatively elderly and equally unrepresentative battleground. But if old white people won’t vote for Joe Biden, who will?

Here’s a song about Iowa for Biden to haunt himself with as he flees from the wreckage: