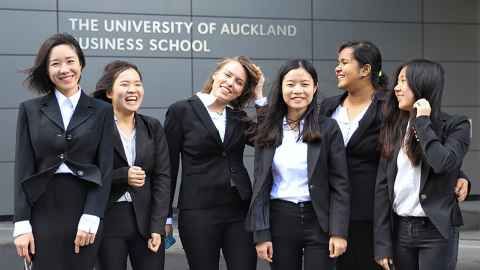 Last week, Australian PM Scott Morrison extended its ban on foreign visitors from or passing through from mainland China – including Chinese students – for a third week. New Zealand has dutifully followed suit, with our travel ban extending until next Monday at least, presumably dependent to some extent on what Morrison decides to do later this week.

Our universities are now asking for an exemption to the travel ban for their Chinese students, who would still, the universities assure us, be subjected to strict quarantine procedures upon arrival. Given how the inability of the university system to care for its own students on campus made world news last year, that promise may not do much to reduce the coronavirus fears among the wider New Zealand public. As things stand, the travel ban is exposing our tertiary educational system (and schools) to an immediate loss in fees. It also threatens to inflict a long term hit, given the likelihood that many fee-paying Chinese students will switch to universities and schools located elsewhere in the world. ( Canada and the UK have not imposed a travel ban.) Decades of marketing efforts put in to attract Chinese students to New Zealand are now in jeopardy.

Well….it isn’t as if universities and schools were not warned beforehand about their dependency on China. This addiction had been encouraged by local politicians and university administrators happy to rely on the fees paid by Chinese students to bridge the gaps caused by the systematic under-resourcing of our tertiary sector, by National and Labour governments alike.

Small consolation, but Australia’s universities are even more reliant on Chinese student fees. Yet the core problem is virtually identical to what we’re facing. In August 2019, a research paper by Associate Professor Salvatore Babones of the Centre for Independent Studies likened the Australian university sector’s over-reliance on Chinese students to the risk exposure of big banks just before the Global Financial Crisis of 2008. If those top tier universities were stock exchange listed companies, Babones warned, “ the regulators would be all over them to diversify their risk, or at least divulge the risk…But because they’re public entities they’re able to hide behind the shield of government and not let us know the risks they’re taking, and not responsibly work to reduce them….”

Since governments can’t allow major universities to go bankrupt, Babones pointed out seven months ago, universities are simply relying on their ‘ too big to fail’ status. “They are taking out loans and they’re making long-term commitments to staff and to students based on projected revenues that at a moment’s notice could disappear if there’s a macroeconomic event involving China and the Chinese currency.”

Babones’ prophetic warnings last August were echoed here at the time by Michael Gilchrist of the Tertiary Education Union.

Eighteen percent of university students last year were from overseas, up from 13 percent 10 years ago, and 47 percent were from China, up from 29 percent in 2009. The figures included full-fee international students as well as PhD students subsidised by the government and others on aid schemes. Tertiary Education Union president Michael Gilchrist said such a high level of foreign enrolment posed serious financial risks. “There’s the risk of shocks such as the Asian crisis or a financial crisis or bird flu or something like that.”

In the same article, the risks of reliance on foreign student fees at Auckland University were noted, but downplayed :

The University of Auckland was the single biggest enroller of foreign students last year with 6265 full-time equivalents – 19 percent of its student body. Vice-chancellor Stuart McCutcheon said enrolling from overseas did create financial risks but there were also risks from domestic enrolments. “They might be general shocks such as some kind of epidemic, they might be country-specific issues. But I think it’s worth remembering that you’re also susceptible to shocks in New Zealand,” he said.

The external shock from coronavirus has now begun rippling through Chinese student numbers, and the extent of our dependency on their fees is becoming apparent : the estimates of the likely revenue losses to our university system are ranging between $100 million and $170 million annually. The travel ban losses are coming on top of the significant costs inflicted on the New Zealand economy last year by Immigration NZ’s incompetence at processing visa applications within a reasonable time period.

In Australia, there has been a steady casualisation of the university work force – about one quarter of the academic work force are estimated to be casuals – so any contraction in fees/funding due to the coronavirus travel ban will be felt immediately in job losses and layoffs. Our universities have not yet been talking about job losses, but they are – as mentioned – asking for an exemption for Chinese students. Ultimately, that request will have to be measured against the political fallout if and when such an exemption caused the wider community to be exposed to the coronavirus infection.

Thank goodness that everyone involved in the RNZ Concert saga– including RNZ’s CEO, Paul Thompson – has now had time to cool down, take a stress pill and think things through in the calmness that begets wisdom. A ‘new strategy’ is reportedly being developed for RNZ Concert ‘aimed at improving its audience.’ Lets just hope this task has been entrusted to people not prone to ‘miscommunicate’ the fruits of their consulting and schedulising.

As things stand, the jobs of 17 or 18 people and the role of an important cultural asset still hang in the balance. It will not be much of a victory if RNZ Concert remains on the FM dial only as an automated shadow of its former self. For argument’s sake, lets assume for a moment that this isn’t simply a ‘robbing Concert to fund the youth station’ exercise. If RNZ management truly do want to increase Concert’s audience and enhance the role that the station currently plays, then agreed, there may need to be some changes to the format. It isn’t a surrender to cultural vandalism to concede that in 2020, there is something very odd about the state devoting an entire FM channel overwhelmingly to one form of art (i.e. music) and then mainly to just one category of music, however broadly ‘classical music’ is defined.

Can the format of RNZ Concert be expanded without killing the essential purpose it serves? Arguably, yes. For starters, “ Concert” is a self- limiting label suggestive of choral and instrumental recitals of a particular type, and history. If the station was called RNZ Culture instead, this would enable a format change whereby the FM frequency could support an arts station whereby developments in the best of multi-ethnic musics, dance, theatre, painting, sculpture, film and gaming could all be presented, and debated. The musics of China, Africa and India – all now part of the fabric of New Zealand culture in the 21st century – could co-exist alongside Western classical music. This content could generate podcasts and video material on the RNZ website, everywhere from National to the new youth channel.

A wider ambit could conceivably expand the audience, and dispel any notion that what we now call “Concert” is a watering hole reserved mainly for fans of the European classical music traditions of the previous millennium. As this column pointed out a few days ago, Concert listeners who want a classical music jukebox on demand (and good for them) are well catered for elsewhere on the Net. The additional roles that Concert serves could be incorporated within an RNZ Culture format.

In defending Concert in its current form, its supporters have stressed its diversity, and pointed out the many social and musical functions it serves, and supports. Fine. This schedule from last Friday shows however, that the European classical music traditions of the 17th to early 20th century still dominate Concert’s output. To repeat, if the station’s identity was more generously defined, other arts and other musics (e.g. jazz) would feel like they belonged there, and were not merely being allowed in at the table as a kindness, or as an occasional flirtation with inclusiveness.

Moreover, if the current identity of RNZ Concert was reconfigured as an arts station, it would obviously need all of those 17 or 18 current staff (and more) to cover the territory and generate the content. But hey, changing RNZ Concert was never supposed to be about (a) cost-cutting or (b) resource transfers, was it?

Footnote One: The charge of elitism has been levelled at RNZ Concert, as if the public is being taxed to fund a service consumed mainly by ageing white people. There is at least a grain of truth in that criticism, which is another argument for the station broadening its scope. Yet as many defenders of Concert have also pointed out, there are also a lot of young people who perform and enjoy what is commonly called ‘classical music.’ Great. As mentioned, an “RNZ Culture” format could build on those roles, and on that audience.

So far, less attention has been paid to the risk of elitism on the new youth station. Given the multi-tribalism of modern music, this promised Triple J soundalike could easily fall prey to the indie-music hipster elitism to which Music 101 is occasionally prone. Hopefully though, the promised Triple J-style focus on music made by New Zealand musicians in all their variety, will stop hierarchies from evolving, and will prevent any one genre from ruling the roost.

Footnote Two: Nick Bollinger has just updated (for Audio Culture) his lovely profile of Arthur Pearce, within whom a multitude of musical genres happily co-existed. Decades before anyone else was playing such music on New Zealand radio, Pearce was opening up worlds of r&b, country music, and alternative pop music that many of us never even knew existed. (Even if his refusal to back-announce anything meant that if you missed it beforehand, you missed it forever.) Here’s the Bob Wills/Tommy Duncan song that Pearce used as the theme of his weekly Big Beat Ball radio show on 2YD. Back then, this track sounded impossibly strange, as it wound its way in through the static :

Audio Culture this week also carries Chris Bourke’s article on the late Des Britten. As part of the audience at the time for the Coca Cola Hi Fi Club…. how can one explain why Britten’s frenetic attempts to get down with the kids always felt like a totally embarrassing shtick, while Pearce’s weird uncle fandom for the music felt completely genuine? It comes down to instinct, I guess. So…lets just hope that state broadcasting lives up to its promise to respect generational autonomy when it comes to who it hires for its new youth station, and what it presents on it.