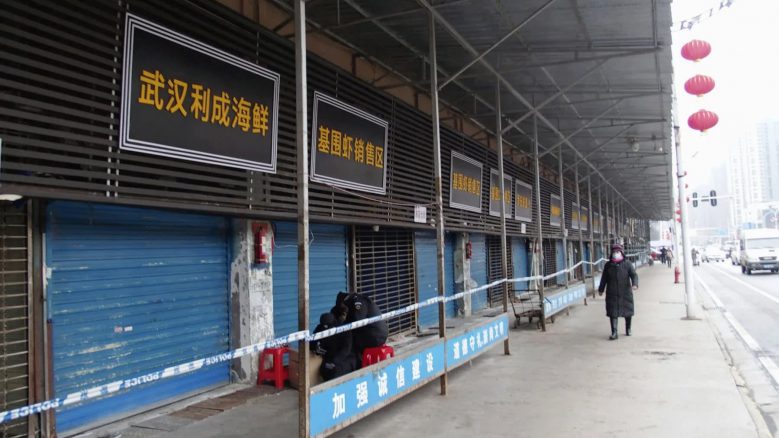 At this week’s Chinese New Year celebrations, PM Jacinda Ardern was resolutely upbeat that business with China would soon bounce back to normal – better than ever, even – once the coronavirus epidemic has been brought under control. To Ardern, the adversity has only accentuated just how close we are to Beijing :

“The virus has highlighted the breadth of connection between our countries. From Chinese students who study in New Zealand, to tourism, and commodity exports affected by the situation on the ground in China itself. The strength of the bilateral relationship means that while there has been much that has been affected in recent week, there is also a sound footing for us to restore, normalise and indeed advance our relationship once the current outbreak is over. “

This upbeat stance –dependency is strength !- has echoed Treasury advice from earlier this week, summarised by Ardern in these terms at Monday’s post-Cabinet press conference :

“While it’s clear that this will have an effect on the first and second quarter of 2020, Treasury expect economic activity to return to normal as global growth picks up and supply conditions normalise in the second half of 2020.” She said Treasury was now estimating that economic growth in 2020 will be between 2 and 2.5 percent.

Nothing wrong with being upbeat, if it can calm the nerves and turn business sentiment into a self-fulfilling prophecy. The problems begin when the optimism detaches itself from reality. What has been very odd so far about the coronavirus episode is that global share markets – normally spooked by mere sneezes or sniffles in the world’s major economies – have continued to be fairly positive, even as the epidemic has unfolded. To the point where disquiet is now being expressed about the disjunct evident between the relatively bullish markets and the bad news continuing to come in from China, and from the economies (from Germany to the Asia-Pacific region) that are dependent on it.

Investors have struggled to quantify the impact of the coronavirus on China’s economy, and the likely knock-on effect to supply chains around the world. So far, markets have stayed buoyant on hopes there will be limited spillover internationally, and that central banks stand ready to intervene if needed. “The optimism of the major equity markets sits uneasily with incoming real economic data,” said Neil MacKinnon, a strategist at VTB Capital.

A warning from Apple looks as though it might (finally) mark a turning point for the markets:

Global stocks fell as a sales warning from Apple rippled across markets in the latest sign of the mounting corporate and financial cost of the coronavirus outbreak…California-based Apple on Monday warned that “worldwide iPhone supply will be temporarily constrained” due to the coronavirus epidemic and that factories run by its suppliers in China were resuming work more slowly than expected.

The optimism ( thus far) that this would be only a short bad spell before normality resumes has been based on the assumption that central banks everywhere – but especially in China – will intervene to pour easy money into the system and re-ignite economic growth. That’s the paradox : the worse things get, the more likely it is that the central planners in Beijing will ramp up stimulus measures to reverse the slowdown. Here’s how this “worse is actually better” theory is expected to play out :

Moody’s has lowered its forecasts for global growth this year, warning that the coronavirus outbreak has “diminished optimism” about the world economy. “If the outbreak persists, the domestic and international supply chain disruptions are likely to become significant, amplifying the shock to the global economy,” said Madhavi Bokil, a Moody’s vice-president. The coronavirus outbreak has wreaked havoc on the Chinese economy by closing manufacturing plants and disrupting supply chains. That has prompted some economists to forecast that growth in gross domestic product could fall below the important 6 per cent mark in 2020. But President Xi Jinping said in a commentary published in an influential Chinese Communist party journal over the weekend that the country’s leaders “still need to deliver this year’s economic and social targets”. That has fuelled market expectations Beijing could ramp up stimulus in order to ensure targets are met.

Here’s the worrisome factor, though : would the stimulus be enough to restore normality in China? That would seem highly unlikely. The problem is not simply that the infection rates continue to exceed expectations, amid fears that China is under-reporting the figures – but both these factors will extend the period for which a Chinese manufacturing sector that’s dependent on migrant labour will struggle to revive, with knock-on effects for the appetite that Chinese consumers will have for imports, let alone for trips abroad. Here are some of the people who think the stimulus measures will not avert a hard landing for the Chinese economy, with ripple effects continuing far beyond it :

This will eventually end badly. I have never in my career seen anything as crazy as what’s going on right now,” Scott Minerd, global CIO of Guggenheim Investments, “The cognitive dissonance in the credit market is stunning ……Even if the virus does not turn into a pandemic, to think it isn’t going to impact what’s going on in the world is irrational. The impact of all this on corporate profits and free cash flow will be dramatic. The effect on oil and energy prices could be even more extreme. Right now, excess oil production in the world is an estimated one million barrels per day, so as demand dries up from repercussions, oil could plunge to $25 a barrel unless OPEC or other producers decide to cut production..”

No doubt, a stimulus-driven revival will be needed, and it will be welcomed – but it will also take considerable time to kick in, partly because of the fears of re-infection : “The ramp up in China will take much longer than many expect because of the need to prevent a secondary flare up in contagion”, [ says] Diane Swonk, chief economist at Grant Thornton.

“As much as I hate saying this, I strongly suspect that these estimates of the CoronaVirus-induced hit to GDP may well prove too optimistic — across the board.”

In the light of this gloomier outlook, the $11 million tourism assistance package announced this week by the coalition government looks like being merely a drop in the bucket. Like many other countries, New Zealand is being given a sharp lesson about the dangers of dependency on China. Not only are there credible reasons for thinking that the coronavirus impact will be deeper and last longer than Treasury is forecasting – but it seems foolhardy for our leaders to be promising to renew and extend that dependency, once the current crisis has abated.

What further motivation do we need to re-evaluate our relationship with China, and diversify our exports? While we’re doing so, the socio-economic pains of our withdrawal look like being nasty, for much of 2020.

During the past decade Katie Crutchfield – who records as Waxahatchee -has been a consistently intelligent voice in indie music, and on the eve of her fifth album Saint Cloud, she’s released a single called “ Lilacs” that contains many of the melodic and lyrical gifts that she brings so regularly to the table. In other hands, these lyrics could falter into sentimentality, but she hits a near-perfect balance between the integrity of independence, and the human need for others…

If I’m a broken record, write it in the dust, babe
I’ll fill myself back up like I used to do
And if my bones are made of delicate sugar
I won’t end up anywhere good without you…
I need your love too

On the other hand, the dancer that Crutchfield has brought in to illustrate the video is likely to sharply divide the troops. One commenter called the song great and the video “aggressively horrible” …The video is pretty distracting, and not in a good way. Close your eyes.