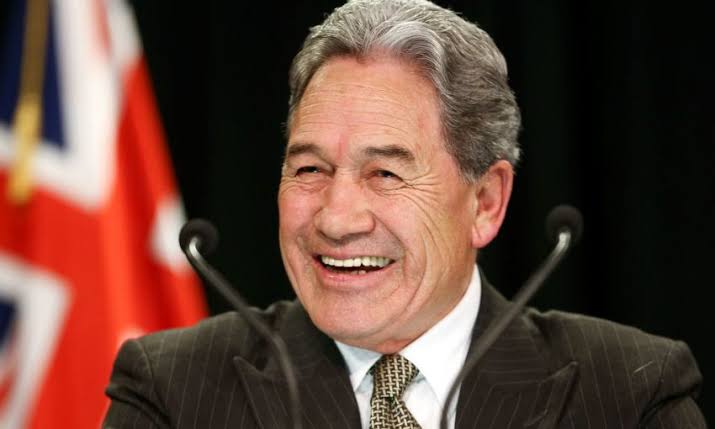 For months, National’s best (and only?) hope of winning Election 2020 has involved keeping New Zealand First down below the 5% MMP threshold, and out of Parliament altogether. Getting to that point would require National to win very close to 45-46% of the total vote and for David Seymour’s Act Party to win two MPs (or more)…. in order to get National into a position where it could hope to form a minority government.

Towards the end of 2019 that series of dominoes began to fall into place. National has been polling steadily at 46% and Act at around 2%, while – on the other side of the fence – the combined Labour/Greens vote is only about 46%, and NZF is sitting at 4%, just below the MMP threshold. However, that balance seems unlikely to endure. Traditionally, NZF has increased its support during the election campaign proper – although those former campaign boosts in support have come when it has been competing for the protest vote against the incumbent government. (In 2020, it is the Establishment.) Still, Peters will be a formidable campaigner. Conversely, National’s weak point on the hustings will continue to be the palpable lack of enthusiasm among the population at large for National’s current leader. During 2020, will more intense and prolonged exposure to Simon Bridges be likely to make voters love him, or leave him?

Unfortunately, National’s need to demonise Winston Peters would also suggest that voters in Election 2020 are likely to be subjected to a very negative election campaign. The last time that New Zealand First got driven out of government (and out of Parliament in 2008) was in the wake of the Owen Glenn donations scandal – so presumably, National has already been stockpiling some funding “scandals” associated with the Provincial Growth Fund, which happens to be NZF’s main vehicle for competing with National for the conservative vote out in the regions. In that respect, if NZF does have an Achilles heel, it is more likely to be Shane Jones, given his proven talent for shooting himself in the foot – and not Peters himself, who has been a model of moderation and consistency thus far, in the deputy PM role.

Peters has in fact, managed the difficult feat of scoring solid gains for NZF – on the capital gains tax, in the justice area – without looking disruptive. Moreover, on a key point of difference between National and NZF – over the alleged “need” to raise the retirement age – the evidence has recently come down solidly on Peters side of the argument. Only last week, the interim Retirement Commissioner Peter Cordtz reported that the current superannuation scheme was sustainable :

Increasing the superannuation eligibility age would do more harm than good, the interim retirement commission has said. In the three-yearly review of retirement income policies, Peter Cordtz said the cost of the universal payments to retirees was sustainable for the next 30 years, citing Treasury projections.

“There are other options that government should address in the nearer term and that are more pressing than changes to age of eligibility,” Cordtz said.

In other words, Peters should be able to guard his flank against National attempts to make further inroads among older voters, especially if the Budget delivers additional gains for Gold Card holders. Such added assistance to retirees would presumably be NZF’s quid pro quo for any moves by its Labour/Greens partners in government to improve the lot of beneficiaries, as Labour delivers its belated response to the Expert Advisory Group report. By being kind to retirees at the same time as it assists other beneficiaries would help Labour to combat any’ soft on welfare’ criticisms.

Finally, tactical voting will be a factor. At some point during the election campaign, a significant bloc of conservative voters is likely to conclude that either National or New Zealand First is looking like a lost cause, and they will shift their votes accordingly – thus turning any early signs of political demise into a self-fulfilling prophecy. That’s a scenario that virtually invites the spreading of fake news, and claims of premature death and burial.

As yet, the social media watchdogs seem ill-equipped (and/or disinclined) to prevent the dissemination of large amounts of political disinformation.

Flying out of Wuhan

Preparations continue for the mercy flight to get New Zealanders out of Hubei province and into quarantine at the Defence Force base at Whangaparaoa. As yet, there are still question marks over two key logistical questions. Will potential departees be allowed to travel across Hubei province to Wuhan, and will they be left behind if they’re actively prevented (or are otherwise unable) to get to the departure point ? Also, will families be split apart if some family members lack New Zealand passports, and possess only Chinese travel documents ? (The British precedents indicate that family separations are occurring and/or families are staying behind in the city of Wuhan and Hubei province, rather than be separated.)

New Zealand officials negotiating with the Chinese authorities might have been hoping for signs of leniency from China on both these points before New Zealand imposed its own (temporary, two week) travel ban on incoming visitors who are either leaving from China or transiting through it. The fact that New Zealand has now imposed this temporary travel ban on visitors from China – as has Australia, the US, Pakistan etc- would suggest that the Chinese authorities were being unwilling to be flexible, at their end.

Tourism here is going to take an obvious hit from the travel ban. Caught in the middle are the thousands of Chinese students whose ability to continue their studies in New Zealand is now in jeopardy, temporarily at least. Some NZ homestays who formerly accepted Chinese students are already proving skittish.

Meanwhile, the Chinese students who followed the advice from NZ schools and delayed their arrival have now been hit by the general ban on incoming travel from China. Obviously, many New Zealand schools are now reliant on the tuition fees paid by Chinese students, and those schools will be watching the situation with a good deal of anxiety. To the extent those fees have been paid upfront, will full or partial refunds be necessary?

Porridge Radio, self on fire

As 2020 enters its second month, this single by the Brighton (UK) band Porridge Radio has been one of the year’s striking new entries. The delicacy of singer Dana Margolin’s yearnings for stability /personal worth gets offset and undermined – the arrangement is like a trapdoor opening – by the heaviness of the song’s descents into self-loathing. Basically, identity is a struggle. And, as “ Sweet” suggests, parents are just shadowy, marginal figures when it comes to helping their formerly sweet and charming kids through the storms of adolescence. Still, there’s a defiant optimism evident here, even as “I slowly move away from everything I knew about me…”