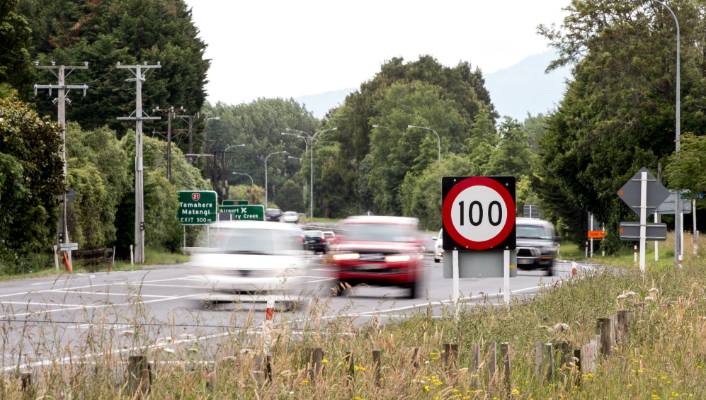 As New Zealand gears up to begin its $6.8 billion programme of large scale roading projects all around the country, we should be aware of this morning’s sobering headlines from New South Wales, where the cost overruns on major transport projects have been rife :

The [NSW state] government’s flagship metro rail project under Sydney Harbour and the central city will cost up to $16.8 billion to complete, more than $4 billion above what has been budgeted, a secret government document shows.

The rail line from Chatswood to the central city, and onto Sydenham in the south and Bankstown in the west, is critical to government plans to expand the rail network to handle surging commuter demand. The government originally budgeted the rail line to cost $11.5 billion to $12.5 billion.

But an internal review by Sydney Metro, the state’s operating agency delivering the railway, has forecast it will cost $16.8 billion to finish by 2024 due to blowouts across many parts of the City and Southwest project.

As usual in such cases, the initially rosy estimates have been systematically understated in order to get the projects across the starting line. Once the private contractors involved have got the government on the hook, the real costs then gradually ramp up…

While blaming “market pressures” for much of the cost blowout, it found “significant” under estimates in the much-vaunted project’s final business case, which was completed about five years ago, for new trains and systems, as well as the scope of works at Chatswood. The cost of buying new trains and systems, and then integrating them into the rail network, is projected to nearly double to $2.3 billion.

The roading, rail and light rail components of these schemes in NSW have all seen significant cost overruns :

The final cost of the light rail line from Circular Quay to the eastern suburbs ballooned to $2.9 billion – $1.3 billion above the amount first budgeted. The final business case for the City and Southwest project forecast it to deliver $1.53 worth of benefits for each $1 invested. A major increase in the final bill to build the project risks reducing substantially the benefits of the new line relative to its cost.

The Sydney light rail project has been in trouble for some time, and it reflects the problems associated with the public private partnerships ( PPPs) funding model. Besides cost over-runs, these problems include a lack of public transparency when it comes to contractual details, as a blanket of secrecy will commonly be invoked for reasons of so called “commercial sensitivity.”

All the more reason then to be thankful that the major transport New Zealand transport projects will be funded by debt, and not by the PPPs favoured by the National Party. Voters should keep that in mind. In recent days, National has tried to win back a bit of political ground on the infrastructure announcement by claiming that Labour is merely implementing National’s agenda. You know… the transport agenda that officials drew up and recommended and which National had years to implement, yet failed to do so – but which the Labour-led coalition has tackled in its first term.

Even more importantly…National – if it had ever got around to funding those projects – would almost certainly have used those PPPs models that routinely enrich the major contractors at the expense of taxpayers, who get signed up to contracts that compel them to pay more for the projects over the long run. (So much for National’s claim to be better economic managers.) Thankfully though… PPPs have been the one road that the coalition government has not taken.

Apparently, the majority of the 250 passengers on board that special Air New Zealand evacuation flight out of Wuhan will not be New Zealanders:

Air New Zealand’s chief pilot David Morgan said the total of 250 passengers on board would be a mix of New Zealanders, Australians and Pacific Islanders. He didn’t have a breakdown on the exact numbers.

Really ? Yet the Sydney Morning Herald is reporting this morning (under the headline “Australia to send Coronavirus evacuees to New Zealand”) that only 70 of those on board the Air NZ flight will be New Zealanders :

Australia will send dozens of residents trapped by China’s coronavirus epidemic to New Zealand after co-ordinating an evacuation with the Kiwi government. The deal will see Australian residents join 70 New Zealanders on an Air New Zealand flight on Tuesday. They will then be quarantined on a military base outside Auckland or transferred to Christmas Island, where the first batch of Australian evacuees from the Chinese city of Wuhan landed overnight.

Nice of us to help out. But if there were only 70 New Zealanders on board, what about the rest of the 163 Kiwis that were said to be registered as travelling in Wuhan/Hubei as of late January ?

Did those other 93 people freely decide not to be evacuated, or were they unable to obtain the permits that were necessary to pass through the roadblocks in Hubei province, and in Wuhan city ? (As for other barriers to departure…Beijing has reportedly done a sudden U-turn and has been allowing dual nationals and family members who have only Chinese travel documents to depart on evacuation flights.)

Given that so many Australian citizens are on board, what financial contribution has the Australian government made to the cost of this Air New Zealand flight? And finally, have any New Zealanders been left behind in Wuhan city and Hubei province?