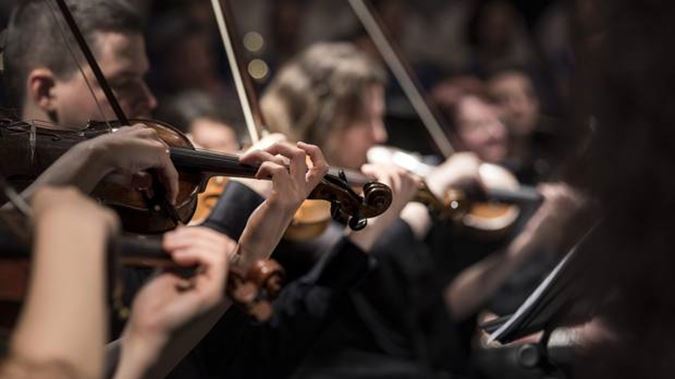 Release the frequencies! If only all political crises could be resolved with such (suspicious) ease. In December, the RNZ board signed off on the idea for a new youth music channel on FM. Gosh, if only RNZ had told the government that this innovation would be at the direct expense of RNZ Concert. If only RNZ management had asked the government if it could pretty please be given permission to use (for this neato Triple J-style youth station) one of those FM frequencies that has been lying round for years for use on a youth station….then hey, there would have been no need to mug RNZ Concert and run off with its frequency.

Supposedly, we’re now being asked to believe that RNZ never ever thought to make that request. It also never, ever told the government (until a few days ago) of its plan to bash RNZ Concert over the head and steal its purse frequency. Who could have possibly thought to ask the Minister for his help to create a youth channel on the very same frequencies set aside donkeys years ago for that very purpose? Sigh. As RNZ CEO Paul Thompson explained to Checkpoint’s Lisa Owen, there’s just so much ‘mis-communication’ in this world.

Really? Really? Or have the ageing fans of RNZ Concert been trolled into outrage so that they would then serve as unpaid publicists for what RNZ management had planned all along? Hate to be a conspiracy theorist, but check the sequence: a sudden fait accompli regarding Concert’s fate and future, a burst of genuine public outrage, PM Jacinda Ardern et al riding as saviours to the rescue, the youth channel getting a priceless avalanche of free pre-publicity….and a happy outcome whereby intergenerational warfare is averted, and RNZ Concert and the new youth channel can co-exist happily beside each other on the FM dial.

Thompson now says he needs a few days to digest this Totally Unexpected Turn of Events. Certainly, there are still a few loose ends…like for instance, how the jobs and resources will be allocated. Will the 18 Concert staff in the firing line (and crucial to the station’s current range of functions) be allowed to survive, in much the same incarnation? There is no good reason why they shouldn’t, but a few bad reasons why they might not. After all, besides a new frequency for youth, the government is gifting RNZ with an unspecified amount of extra cash – so you’d think there would be enough to go around. Could be wrong about this, but it would be surprising if Concert gets to see much/any of that new money.

That’s because…if we know anything at all about this new youth channel, it is going to need buckets of money for its intended roster of hip, generationally attuned presenters and programmers, for the expensive consultants who will set it up, and for the ton of subsequent marketing that will no doubt be deemed necessary to make the nation’s youth aware that this new station even exists. As an aside…how will private radio feel about the taxpayer bonanza being spent so that state radio can snag the audience that they currently serve? Chances are, they won’t be thrilled.

Meanwhile, the plan calls for Concert to be put on survival rations: no staff at all, shorter news bulletins, an automated push-button playlist, and (one imagines) few of the costly recordings of the live performances that the youth channel will presumably enjoy in profusion. In other words, the fight to retain RNZ Concert is not over, simply because a shadow of its current self will be allowed to survive on FM. Instead of a mugging, the situation is now looking more like a protection racket. Concert will be leaned on to divert its cash and resources into the youth channel, or else. Think of it as the price of remaining in business.

Footnote : It seems that Concert’s new incarnation is still on track for unveiling in May/June – so those Concert staff should know their fate pretty quickly – but the new youth channel (apparently) may take a bit longer than six months to materialise. Why so? Well, Thompson claimed to Lisa Owen on Checkpoint, this channel is something that’s never been done before, and as one sign of this allegedly innovative approach, he also said it will be playing more New Zealand music than any other station.

Hmmm. Funny then, that in the same interview with Checkpoint, Thompson also told Owen that this supposed innovation would actually sound pretty much like Triple J , the national FM youth station that’s been funded by the Australian government since 1975, and which – according to the second sentence of its Wikipedia page, “places a greater emphasis on broadcasting Australian content compared to commercial stations.” So much for that unprecedented, blue skies innovation.

In reality, we will be spending bucketloads of cash in order that consultants can retool a 45 year old Aussie radio format for New Zealand use. Indeed, Triple J has been an innovator. Besides its alternative music playlist, it has found international success ( in indie music circles anyway) with its “Like A Version” series, whereby well-known artists are invited into the studio to record a cover version of one of their favourite songs. Much as Music 101 on National already does, with its live sets.

Even so, Triple J is also still something of a niche player. In radio ratings surveys conducted between mid to late 2019, the station’s successful ( and now departing) breakfast presenters pushed Triple J’s Sydney ratings up to 6 %, its best result since early 2018. While successful on its own terms, Triple J lags well behind its privately owned rivals in Sydney :

BTW, if RNZ is shopping around for a successful, wide ranging and youth-inclusive format…Kiis 1065 ( formerly 2UW) has proved to be notably more successful than Triple J by offering a “hot adult contemporary” format targeted at 18-54 year olds. Its playlist typically cherry picks uptempo songs from pop, pop rock, alternative, and indie rock genres, while excluding more youth-oriented music such as hip-hop. Just a thought, for those ace RNZ consultants to consider.

In Melbourne, where alternative music is well served by other players, Triple J slightly expanded its share in the same survey, but to only 3.9%. Meaning : it looks as though it will take quite a lot of money and resources for RNZ to create a viable youth station, which at best will (a) still occupy only a niche in the radio market and (b) still attract only a minority of even its prime 18-24 target audience, most of whom seem to be happy enough with mainstream pop radio, thanks very much. Ultimately, it seems that there could be only just so many youth out there who would prefer Young Thug to Selena Gomez, and even fewer who would like both.

Public money is being spent on this enterprise. Sure, everyone would like state broadcasting to reach and recruit a new youth audience, provided that Peter is not being robbed to pay Paul in order to make it happen. Unfortunately that trade-off is the impression that’s been created. First and foremost…we need to support the PSA in its campaign to save the jobs of those 18 Concert staff, if only because those people are the basis for retaining Concert in anything like its current form.

In addition, and in the interests of transparency, we need to see the business case for the new youth channel, including what share of its prime age group that RNZ management would regard as constituting a sign of success. Year one, year two, year three targets, please. The RNZ board, as mentioned, signed off this proposal in December. Can we see the relevant paperwork that went into that decision?

Hindering and helping
One good thing about summer is that it provides a chance to catch up on some of the good music that slipped by unnoticed during the year just gone…Such as, for example, Angelica Garcia’s funny, touching song of pride in the place (and the family) she came from. Garcia lives in southern California, and is of Mexican/Salvadoran heritage. In her single “It Don’t Hinder Me” she acknowledges the experiences (good and bad) that formed her, and that its OK for her to feel homesick, and to romanticise her origins a little.
Even so, the song isn’t just a wallow in nostalgia. As the title indicates, she’s determined not to feel hindered or hurt anymore by the environment that – she also knows – has shaped her. It can be a painful and complicated business, this growing up in a minority group amidst a society where success is defined by the culture to which you’re routinely denied access :

Enough with the Cadillacs and the Hampton Estates
And enough from the people that tell ya you need that to be something
I want the cooking that my grandmother made
I want the bed that I was yelled at to make….

Mango peeling in the kitchen at night
Dogs on the street corner start having a fight
“If you stop eating tortillas maybe you’d lose weight!”
“Ave María Purísima” ’cause I went on a date…
But what they say now, it don’t hinder me…

Lovely song, and the video really nails it.