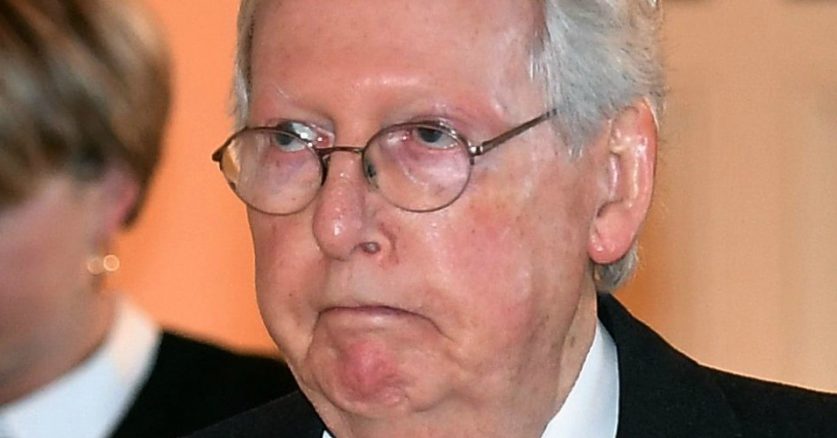 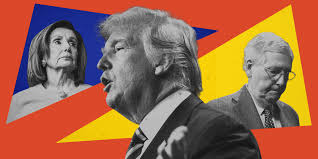 By now, the end game the Republican Senate majority has in mind in their setting of the rules for the impeachment trial of Donald J. Trump is pretty clear to everyone: first deny the Democrats the ability to call witnesses and offer evidence, and then derisively dismiss the charges for lack of evidence. For his part, does former security adviser John Bolton really, really want to testify against his former boss? If there was any competing faction within the Republican Party, there might be some point for Bolton in doing so – but there isn’t.

Instead, and from sea to shining sea, the party of Lincoln has let itself become Trumpland. The GOP has chosen to become entirely beholden to the most dishonest President in US history, despite the damage his corrupt rule continues to do to the country’s core interests and institutions. No doubt, Bolton has his own personal desires for revenge for being fired, but – realistically – what could Bolton possibly say that could change that Republican commitment, and what career path would then exist for him if he tried? Far better for him to say that gosh, he’d love to testify but his hands are tied by whatever rules are being set by the Senate – which, as we were told again this morning, is the world’s greatest deliberative body.

Meanwhile Trump himself has been in faraway Switzerland, telling the Davos gathering another round of lies and exaggerations. No, the tentative US-China trade deal is not “the biggest trade deal ever made.” No, the US economy was not in a “rather dismal state” when he inherited it from Barack Obama. Yes, Trump was lying again when he said that “ for the first time in decades, we’re no longer concentrating wealth in the hands of a few.” In fact :

The Census Bureau said in 2019 that the gap between the richest and poorest households in the US widened…It’s the largest it has ever been since the agency started keeping track of it a half-century ago. Experts say inequality in the US stems from a range of factors that include stagnant wages for the middle class and tax policies favouring the richest households and corporations.

Those inequality-widening tax policies – notably, the huge tax handout that Trump delivered disproportionately to high earners and corporations in 2017 – have delivered a temporary sugar high to the US economy that is now wearing off…

For both the U.S. and China, the IMF has long predicted a slowdown for factors unrelated to the trade war. The U.S. economy has been expected to slow as some of the boost from a 2017 tax overhaul fades, while China’s economy has been slowing for years amid the aging of its population, and a shift away from debt-driven infrastructure building, among other factors.

Other forecasters are predicting that US annual growth will have slowed down to 1.5% by year’s end.

Award-winning forecaster Jim O’Sullivan of TD Securities warns that the best days of this 10-year economic expansion are behind us….He sees gross domestic product growth slowing to 1.5% by the end of the year from around 2% now. GDP growth peaked at just over 3% in the middle of 2018….He expects job growth to slow noticeably, from 223,000 per month average in 2018 and 176,000 in 2019 to about 75,000 per month by the end of this year. That trend sounds dire, but that pace of job growth would be roughly in line with natural growth in the workforce, and wouldn’t signal a recession as long as layoffs don’t take off. If his prediction comes true, however, recession worries would likely arise again.

You can sense the futility of pointing out these corrections to Trump’s chronic stream of dishonesty. By the time the corrections arrive, the lies and exaggerations have long since hit their intended targets, and become embedded in a sizeable chunk of the American consciousness. And besides…aren’t those corrections emanating from the same “Commiecast MSNBC and Fake News CNN” that Trump derides and discredits on a daily basis ? Who would believe them

With the futility of the essential-but-largely-fruitless task of fact checking in mind – it is a headless chicken exercise that refuses to accept the body of truth is dead – it was a little disheartening to read this wishlist of “Ten Things That NZ Media Can Achieve in 2020.”

At best, calls for an industry wide fact checking service – even while the same media organisations are dutifully reporting and repeating the same lies, exaggerations and beat-ups in their news bulletins – is a bit ingenuous. When married to similarly plaintive calls (item six) for a clearer separation of fact and opinion, the purist disavowal (item seven) of clickbait, and the self-deluding denial (item two) of media oxygen to the Christchurch shooter…it amounts to a pretty pallid call to arms. Feels more like remnants of a bygone era that barely engages with 21st century media realities.

No mention – for instance – of how a clickbait-addicted media can afford to forsake entertainment news. In election year, the lack of any mention (let alone solution) to the media’s similar addiction to horse race journalism – who’s up, who’s down in the polls – is problematic. So is the call to further separate fact from opinion, and reportage from its interpretation. In reality, this would would only spread the plague of “bothsidesism” .

Not to mention the media’s reliance on p. r. manicured official sources, whereby every story is treated as a 50/50 contest between equals and where reporting the “he said” to which “she said” qualifies as balance. (“Round earth or flat earth? Both sides have a point, since the earth is not a perfect sphere.”) As Joan Didion put it nearly 25 years ago in a 1996 piece in the New York Review of Books :

The genuflection toward “fairness” is a familiar newsroom piety, in practice the excuse for a good deal of autopilot reporting and lazy thinking but in theory a benign ideal. In Washington, however, a community in which the management of news has become the single overriding preoccupation of the core industry, what “fairness” has often come to mean is a scrupulous passivity, an agreement to cover the story not as it is occurring but as it is presented, which is to say as it is manufactured.

So….we’ve known about this problem for decades. The media has always been relatively happy (a) to be spun and (b) to use objectivity as its idealised excuse for not railing against it. Nothing much that’s new about this. Think of the Vietnam War and the media’s repetition of official body counts as a sign of progress. The problem that Trump poses for the mainstream media – of how it can possibly avoid being used as a megaphone for his lies is a recurring one :

Straight, “objective” coverage of McCarthyism…had failed the public, leading Alan Barth, an editorial writer at The Washington Post, to tell a 1952 gathering of the Association for Education in Journalism: “There can be little doubt that the way [Senator Joseph McCarthy’s charges] have been reported in most papers serves Senator McCarthy’s partisan political purposes much more than it serves the purposes of the press, the interest of truth.”

Fact is, so called “ objective” journalism has routinely tucked its assumptions and allegiances out of sight before it comes to the table – and much of the public distrust of the profession has that subterfuge at its core. The way forward….? Well, calling out lies, forsaking horse race journalism, and refusing to chase after bogus scandals ( eg, the NZ Future Forest Products story) would be a start. So would fusing “objective” reporting with evaluative journalism – not in an “anything goes” fashion, but with the facts on the page to enable readers to see the basis for the journalistic opinion that’s being expressed.

Face it, post modernism is the arts has been accepted for decades ; journalism has been less willing to concede that it is in a post- objectivity era, where the real issue is over whose truth shall prevail.

Footnote: One final note about that “Ten Things The NZ Media Can Do” wishlist …Interesting that the same media commentator advocating for an industry-wide fact-checking service here has almost simultaneously chided US news outlets for their “ nitpicking” tabulation of“ every single mis-step that [Trump] makes, every little bit of misrepresentative or false information” and has argued that this comprehensiveness was only likely to lead ( “Oh, it’s the New York Times again”) to a further undermining of public trust.

Hmmm. I beg to differ. Surely, the role journalism performs as the rough draft of history demands that it tabulate every single example of presidential dishonesty…and for a fact-checking service to do otherwise would require some kind of Sliding Scale of Whopperdom whereby only Big Important Lies (criteria unspecified) get noted. Yet in Trump’s case it is the constant stream of lies and exaggerations that does most of the work of feeding public distrust of the media. Call him out every time – or become complicit ? That’s the choice.