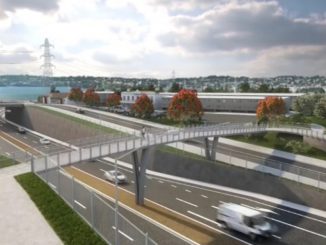 If New Zealand has a pressing need to stimulate its flagging economy, it seems very weird that the government is choosing to meet this need with a $12 billion package of infrastructure spending – mainly on road and rail projects – that by definition, will take a very long time to deliver their stimulatory benefits, even assuming New Zealand had a big enough skilled workforce to do all of them, on time. (Not to mention that a new round of major roading projects will undermine this country’s efforts on climate change.)

If short term stimulus is the over-riding goal, then the obvious way to meet it is by social spending, not spending on infrastructure. To that end, the government has already been given the blueprint by the Welfare Expert Advisory Group on how it should proceed. Instead, the coalition government continues to drag its feet on implementing the poverty reduction recommendations of this panel of experts that it set up. More than once, the self-appointed Minister for Child Poverty Reduction ( ie. PM Jacinda Ardern) has said she’s committed to making New Zealand the best place in the world to be a child. True, there have been some one-off steps in that direction – eg the Winter Energy payments – but precious few of the structural changes that the Expert Advisory Group recommended.

If the coalition government can’t be spurred into action by the pain of people in need, then what about the economy’s needs for short term stimulus? Raise benefit levels, and the money would be spent immediately. Rely on roading and rail projects and it will be years before the stimulus feeds on through. That’s why it should be a no-brainer to raise benefits (a) on compassionate social grounds, and (b) on rational economic grounds. Only the politics are getting in the way. (Pensioners seem to be the only beneficiaries that New Zealand First feels kindly disposed towards.)

Regardless, the political heat is being turned up. In recent weeks, the Ardern government has come under fire in the media for its tardiness in responding substantively to the Welfare Expert Advisory Group report recommendations, and to other reports on the extent of family poverty and the wellbeing of children. This comprehensive article on Newsroom and this RNZ article on RNZ vcanvassing the frustration being felt by advocacy groups are both essential reading. At Monday’s post Cabinet press conference, I tried to extract some sense of a timetable from PM Ardern for her government’s response, but got fobbed off via this opaque exchange:

Werewolf : What’s the current time frame for when we might get a more substantive response to the welfare advisory group recommendations?

PM: Well, we’ve already given a direction of travel. Of course, always mindful that it takes—that you can only go so far before you start making announcements on future policy decisions. So what we have acknowledged, for instance, is we see income adequacy issues. We know that needs to be dealt with. We’ve already made significant moves in that area as a Government, including some of those that I’ve already listed. But we acknowledge that’s an area where further work needs to be done, and we’ve given other indications of direction of travel, including issues like the way that relationships are regarded.

Werewolf : Those signals indicated that probably by the end of this year, but it looks like [the timeframe has] been kicked out. …When are we going to see a more—

PM: Well, of course, some of those issues do require decisions that are usually taken around a Budget time. So whilst we’ve been able to give direction of travel, some of those policy decisions do need to go through different processes.

The risk with this timetable is that if the government loses the 2020 election, nothing substantial on welfare will have been achieved. In the RNZ article above, Susan St John of the Child Poverty Action Group made that point:

Susan St John said she feared that by the time the government announced useful changes to the welfare system, there would be no guarantee the government would still be in power and able to deliver on its promises. “We’re calling for an emergency package because it’s not good enough to wait until next year and find out in the budget that there might be something that will be an election debate, and then find well, actually, it’s only if Labour get back in that we’re going to get anything at all.”

Raising benefits though, offers no opportunities for corporates to access major government spending projects. Again, political expedience seems to be the enemy of good social policy.

Footnote: Yes, and to be fair, the government has taken some steps that will assist poor families, besides the Winter Energy payments mentioned. For those who qualify for it, there have been boosts to the Accommodation Supplement, and a targeted Clothing Allowance that assists an estimated 13,500 carers. Changes to school donations and the abolition of NCEA fees also benefit poor families. As Laura Walters also pointed out on Newsroom :

By the time the Families Package is fully rolled out at the end of the 2021 financial year, 385,000 families with children would be better off by an average of $75 a week.

While welcome, these changes are still relatively minor, given the scale of need identified by the Welfare Expert Advisory Group which – to date – has seen only a handful of its over 40 recommendations put into effect.

Not only have some of the punitive sanctions on beneficiaries been needlessly left in place, but there has been no action to raise the baseline levels of benefits at all, much less by the 12% to 47% extent recommended by the Welfare Expert Advisory Group. Besides the immediate poverty relief – and the economic stimulus – that lifting the baseline benefit levels would provide, such actions would reduce the number of families who need to approach Work and Income, and ask for emergency relief. As Bob Dylan once said, too many people are being left in the border towns of despair:

Chilly wind sharp as a razor blade
House on fire, debts unpaid…
Lookin’ into the lost forgotten years
For dignity…

There’s a lot of hot air about left wing justice warriors inhibiting free speech on campus… but here’s an example of the official suffocation of free speech, coming from the right. US President Donald Trump is aiming to stamp out US campus campaigns to boycott Israel for its oppressive policies against Palestinians. Henceforth, criticising Israel’s policies on campus will be at serious risk of being defined as anti-Semitism:

President Trump plans to sign an executive order on Wednesday targeting what he sees as anti-Semitism on college campuses by threatening to withhold federal money from educational institutions that fail to combat discrimination, three administration officials said on Tuesday. The order will effectively interpret Judaism as a race or nationality, not just a religion, to prompt a federal law penalizing colleges and universities deemed to be shirking their responsibility to foster an open climate for minority students. In recent years, the Boycott, Divestment and Sanctions — or B.D.S. — movement against Israel has roiled some campuses, leaving some Jewish students feeling unwelcome or attacked.

Yep, can’t have free speech on campus making some people feel uncomfortable and unwelcome. Better to shut that down, by presidential decree. Too bad such power wasn’t wielded in the 1980s when university students were agitating for Harvard to divest from and boycott the apartheid regime in South Africa. Some Afrikaaner students at Harvard must have felt unwelcome back then, too. Also interesting to see that the same guy who claimed that some neo-Nazis were ‘very fine people’ gets to defend Judaism from the left wing scourge.

No prizes for guessing the inspiration for this recent release, which is so deliberately on the VU cusp as to be pretty amusing:

And if you like this sort of thing, here it comes again: