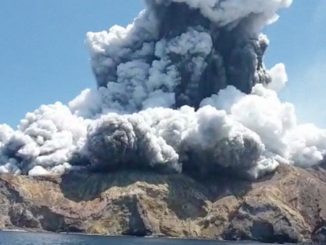 Adventure tourism is a central theme in New Zealand tourism, and by definition, adventure always includes a certain level of risk. That said, New Zealand itself is also at risk of being seen as a tourism destination where commercial factors – rather than safety factors – are routinely allowed to determine the point where the boundary line of acceptable risk is being drawn. Hindsight isn’t an acceptable basis on which to draw the line on what is, and isn’t, a reasonable level of risk. ‘She’ll be right’ doesn’t cut it in this context.

Yesterday’s eruption on Whakaari/White Island is not the first time that the adequacy of the regulations that govern risk management in our tourism industry have been called into question. The Carterton ballooning accident, the Fox Glacier air crash and a number of whitewater rafting fatalities were all cited in a 2013 thesis study of the perceptions of New Zealand as a safe tourism destination that included this observation:

“The results suggest there are significant loopholes in the …. regulations, that there is considerable scope for improvement in the information provided on operators’ websites, and that there is an ongoing perception that there is a lack of safety precautions.

Arguably, some people might prefer to define yesterday’s tourism expedition to the volcano as ‘ recreational’ tourism rather than ‘adventure’ tourism. However, the fact that the risks of visiting White Island were being passively experienced (rather than actively engaged) seems beside the point. The risk existed, and – crucially – it was being left to the commercial operators involved to make the judgement calls. The scientists measuring the risks existing on the island and the tourism companies taking people to the danger zone were operating at arms length from each other. Meanwhile, effective regulations that required an adequate exit plan were nowhere to be seen.

No doubt, the fine print of the operators’ contracts with the tourism groups carried exemption clauses for any harm resulting, but again, that seems inadequate. It is doubtful for instance, that yesterday’s unlucky visitors were fully briefed beforehand about the potential implications of the November 18 raising by GNS Science of the threat level to “a moderate to heightened risk of volcanic unrest”. Nor were they probably advised of the previous warning in June which had carried this rider by GNS Science:

“Our heightened monitoring of Whakaari as part of the response to recent earthquake swarms has shown an increase in sulphur dioxide gas flux to historically high levels. A gas flight today detected 1886 tons/day of sulphur dioxide, nearly 3 times the previous values measured in May 2019. This is the highest value recorded since 2013 and the 2nd highest since regular measurements began in 2003…

To repeat: apparently, what counted as a suitable response to these warnings throughout 2019 of a build-up in volcanic activity (and the increased likelihood of an eruption) was being left to the tour operators, who got to make their own judgement calls. That grey area seems a common feature of the New Zealand tourism situation. Sure, visitors can be advised that an activity carries risk. Yet until an accident happens, such warnings readily become part of the sales package, and get treated as a marginal thrill factor (all part of the unpredictable grandeur of nature!) They don’t get portrayed as a palpable danger that’s likely to kill any customers who happen to be in the vicinity at the wrong moment, and without any warning.

This is where incumbency can be misleading. The fact that tours exist and get carried off daily without incident (so far, so good) inevitably creates a false sense of security. In many other countries, the prospect of being sued puts something of a brake on risky tourism activities and practices. Yet in New Zealand, the profits of adventure tourism are privatised, but the risks are socialised. By and large, individuals and firms can’t be sued in the event of accidents. (It will be interesting to see if the cruise shipping line avoids overseas litigation for any onboard promoting it did of the White Island tours.) Here, the Accident Compensation scheme provides a safety net that largely spares tour operators from carrying the economic weight of responsibility if, and when, the worst should happen.

Yesterday, the worst did happen. Reportedly, the kind of eruption that occurred on White Island was a hot water/steam build-up caused by volcanic activity creating a seal that can build up pressure and blow without prior warning. In effect, tourists were being taken into a risk environment where no adequate method existed for evaluating and responding in any meaningful time, to the chronic risk of death and injury. White Island was safe, but only until such time as it suddenly wasn’t. (Were the tourists advised beforehand of the likely fatal outcome of a worst case scenario? Probably not.) The risk of a similar kind of hot water volcanic eruption is said to exist at Mt Ruapehu, which – presumably – should involve a re-assessment of the potential risks involved in visiting its crater lake.

Beyond the devastating impact on the individuals and families affected by yesterday’s eruption, there will be a serious economic impact on the entire region. The volcano attracted some 10,000 visitors annually, thereby providing a significant economic stimulus to Whakatane and to the entire Bay of Plenty. That tour business seems unlikely to survive yesterday’s events.

Footnote: The heroism of the first responders who choppered in and rescued at least some survivors has been the one bright spot in yesterday’s events. It is worth recalling that the Pike River Royal Commission dismissed the criticism that a rescue attempt might have been possible between the first explosion on November 19, and the second explosion five days later. However, the Commissioners also criticised the ‘cumbersome’ nature of the emergency response ‘which could have impeded a rescue had one proved possible’.

In sum, it appears that the first responders were able to do what they did yesterday, only because the Police had not yet had time to stop them. Presumably, that situation will also be reviewed in the course of the subsequent investigation.