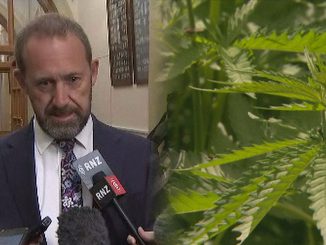 It was always going to be hard to have a rational debate on cannabis reform. Far easier for politicians to win votes by stoking alarm. With National and New Zealand First already competing for the “who’s the toughest sheriff in town” badge at Election 2020, their law’n’order posturing is going to make it extremely hard to discuss how the harms and injustices being perpetuated by the current system can best be addressed.

The reality is that the current policy of absolute prohibition has failed. In one part of our brains we know this. Every day, many, many New Zealanders use cannabis on a regular basis. (Plainly, the availability of cannabis under prohibition is not a major hurdle.) Yet many people continue to be criminalised by a cannabis law that hundreds of thousands of other people successfully flout every week.

Prohibition has also created a black market in cannabis supply has been created that breeds criminal activity and violence. As a consequence, the resources of the Police and the Corrections system are being wasted on punishing “crimes” associated with the recreational use of cannabis. Elsewhere in the world, an increasing number of developed countries (e.g. Canada, Portugal) and US states (e.g. California, Colorado) have embraced the option of regulating and taxing cannabis use, and putting the proceeds back into education, treatment and other forms of harm reduction.

Cannabis reform is always going to be an imperfect process. (The status quo is far more flawed.) Yet only hours after Justice Minister Andrew Little unveiled the outlines of the cannabis law that voters will be considering at next year’s referendum, National MP Paula Bennett was already hitting the alarm buttons : what about the proposed amount allowed for recreational use, what about young people driving while stoned or being stoned at work, what about the tax level on cannabis. If you’re in the business of stoking alarm, the answers will not stop the skittering on to the next panicky symptom of reefer madness.

In fact, the details contained in the proposed law announced yesterday provide a useful initial platform for the debate. New Zealanders would be allowed to grow two plants each, or four per household, and buy up to 14 grams of dried cannabis a day, which is an estimate of the weekly use by a moderate user. Advertising of cannabis would be prohibited. Those licensed to engage in commercial production would first have to pass a character test, although prior convictions for cannabis use would not necessarily be a disqualifier. (A history of other forms of criminal activity almost certainly would be, though.) Moreover:

Cannabis-infused “edibles” would also be allowed, but only with a regulator’s official sign-off, meaning contentious products, like gummy bears, could almost certainly be ruled out. The draft bill also confirmed other conditions announced by Mr Little in May, including a minimum purchase age of 20 and a ban on smoking in public.

To date, National’s objections to the draft bill have mainly been about the lack of fine detail on the THC levels, the tax levels, and the driving/health & safety implications of legalisation. As many observers have already pointed out about those health and safety fears, significant regulations already exist with respect to workplace drug testing and driving while impaired by alcohol – and the regulations are especially stringent with respect to occupations to do with public safety.

Some of the objections raised to date seem specious. In particular, the fear that a 14 gram limit could (theoretically) all be smoked in one day defies logic. As RNZ’s Checkpoint has already pointed out, people do not drink dry their entire liquor cabinet every day, or shoot off their entire stock of ammunition the moment they get it. The point of the 14 gram limit is establish a workable barrier between an amount fit for moderate personal use, and an amount that would qualify as commercial use. You can bet that if the 14 gram allowance level was reduced, the fears would then shift to people pooling their stashes. For those inclined, yielding to fears of reefer madness will always be an option.

As yet, the debate has not engaged with the likely impact of legalisation upon New Zealand’s current criminal black market for cannabis, in which gangs are heavily involved. Two weeks ago, National announced a zero tolerance policy towards gangs.

Yet as National leader Simon Bridges told RNZ this morning he opposes cannabis legalisation. These two stances seem to be utterly contradictory. Bridges says he wants to crack down hard on gangs, yet he is opposing what is arguably the most effective way of undermining their economic base.

Also… while the debate has largely assumed that cannabis reform would merely add to the problems we already have with alcohol – especially among the young – the potential gains to society from any shift towards a less damaging recreational drug of choice have yet to be raised. Cannabis is not without harm, but if young people chose cannabis instead of alcohol, demonstrably less harm to them and to others, would result.

Par for the course from Bridges and Bennett. It is all about the posturing. Unfortunately, we seem destined to see and hear a lot more in the way of reefer madness posturing as we get closer to the cannabis referendum.

Under fire, from Russians

New Zealanders are famously sensitive about being criticised by foreigners. This national foible was on display again yesterday, in the political responses to comments about our soldiers in Afghanistan made by an Russian Foreign Ministry spokesperson called Maria Zakharova. Here’s the gist of what she said:

In a media briefing late last month, Russian Foreign Ministry spokesperson Maria Zakharova said New Zealand must investigate crimes against civilians. While she said the facts still needed to be verified, she referred to the death of seven children in 2014 as a result of the “New Zealand military’s negligence when they failed to properly clear the grounds they no longer used from mines. It seems that the lack of regard for the local population has created a favourable environment for these crimes.

Fair cop. If we’d truly cared about them, we’d have done more to protect their safety. The reasons are likely to be the same ones she mentioned:

“It looked like those same people the international forces were stationed there to help, to restore stability, security and defeat terrorism, were treated as some second-class people whose lives can be sacrificed in the name of selfish political or other interests,” Ms Zakharova continued.

Bizarrely, the argument yesterday between Foreign Minister Winston Peters and National MP and former Defence Minister Gerry Brownlee was not over the substance of Zhakharova’s comments but whether (a) the comment barely merited a response (the Peters position) or (b) whether it was an unpardonable slur on the integrity of the NZ Defence Forces, as Brownlee insisted it to be. Keep in mind that the firing range clean-up and the deadly proof of its inadequacy both happened on Brownlee’s watch. Is he ashamed ? Hell no. The firing range, Brownlee maintained, was “cleared to the acceptable standard of the time”.

Hmmm. Quite a few things we rightly denounce today were considered “acceptable” at the time. It doesn’t justify them. After all, this isn’t ancient history. The Kiwi troops moved out only six years ago, and the children died barely a year later. The overwhelming evidence is that the “ clean-up” was inadequate, and Afghan families have suffered the consequences, without so much as a hint of apology or compensation from successive New Zealand governments.

Sure the Russians are hypocrites, given their history of sowing landmines during the years of Soviet occupation of Afghanistan. But that doesn’t exonerate us. And the chauvinism on display yesterday shouldn’t obscure our obligation to accept responsibility, apologise and pay some form of acceptable compensation to the Afghan families and communities who suffered grievous harm, and who remain at risk from our actions and inactions.

If anyone truly cares about the “honour” of the NZDF – which is already taking a battering at the Operation Burnham inquiry – we should be asking New Zealand to ‘fess up, and make some culturally acceptable gestures of reconciliation. Funding a belated but proper clean-up would be a good starting point.