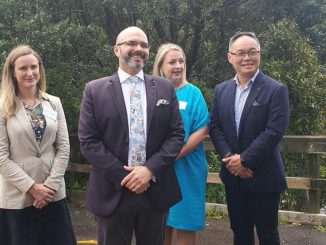 It has become a familiar story. National is the party that wins the most votes but – since the demise of the Maori Party – it has lacked sufficient partners on the centre-right to form a governing majority. Enter from stage right, the Sustainable NZ Party, led by Vernon Tava.

Asking whether this new, environmentally focussed party can make the 5% MMP threshold may be the wrong question, though. Its more achievable goal would be to knock the Greens below the 5% threshold, while along the way reviving all the ancient stereotypes about the centre-left being implacably hostile to rural New Zealand.

Currently, the best chance that National has of winning Election 2020 lies in preventing either (or both) of Labour’s two current coalition partners from making it back into Parliament at all, thereby re-casting Election 2020 as a neo-FPP election. Winston Peters being Winston Peters, New Zealand First would be a harder nut to crack – especially since NZF has done such an efficient job of putting its own stamp on the coalition government.

But the Greens? On paper at least, knocking them off looks a bit easier. Not even environmentalists feel much affection for the current incarnation of the Greens. In government, the Greens have looked too easily pushed around, while most of their achievements have been too technical, long term, and conditional. At the same time, the Greens remain a social justice party committed to addressing Treaty injustices, income inequality and the workings of privilege – none of which have ever been high priorities for the green fundamentalists who are one of the targets of the Sustainable NZ party. To repeat then… for Sustainable NZ and its backers, success does not necessarily involve reaching 5%. It would be in getting to the 2-3% which might (theoretically, at least) become decisive to the Greens’ survival.

Problem being, Vernon Tava is not a credible figure of the political centre, and environmentalists have found him a polarising figure in the past. (Years ago, Guy Salmon was another blue-green figure who also polarised the environmental faithful.) To be fair, raiding even just 2–3% of the Greens vote is a big ask for anyone. Making significant inroads from the margins is not as easy as it sounds in theory: just ask the Mana Party. Or ask the Act Party, which despite its gospel of self-sufficiency, has been subsidised heavily down the years by corporate backers, to little effect. To this day, Act is reliant on its shonky deal with National to keep it in Parliament. Sustainable NZ might need a similar leg up from National, for services rendered. North Shore, where Maggie Barry is standing down, has been mentioned.

There are wider credibility issues. Overall, the blue-green leaders of Sustainable NZ have already professed themselves to be committed to the same economic settings that keep on generating the environmental damage they claim to lament. This will make it rather difficult for Sustainable NZ to convince the green fundamentalists in Golden Bay that – at this point in the climate crisis – Big Science can be relied on to ride to the rescue, and make Unlimited Growth a viable option for the planet.

Sure, Sustainable NZ can fund some of its policies – a billion more dollars for conservation! – by raiding the piggy bank at the Provincial Growth Fund. Yet beyond that, it assumes no hard choices face us, and that everyone can have it all. It believes for instance, that agriculture can be painlessly integrated into an urgent response to climate change, that rapid economic growth is compatible with conservation, and that basically… no environmental problems exist that can’t be fixed by the science boffins sprinkling a bit of green pixie dust on every policy in sight. Gene technology, Tava believes, should be embraced. (What could possibly go wrong?)

First and foremost, Sustainable NZ is claiming to occupy the mythical centre ground of politics and to be able to work in government with either major party. History suggests otherwise : National is its true ideological home. Tava ran unsuccessfully for the male co-leadership of the Greens in 2015 on a platform that the Greens were “too socialist.” He then unsuccessfully sought the National party nomination for Northcote. Helen Cartwright resigned from the National Party to fill the post of party secretary, after the former secretary Mike Hall was killed in a plane crash earlier this year.

This week, Tava has been claiming that “capitalism is not the enemy of the environment” despite commercial exploitation being responsible for the bulk of the damage done to the planet over the past 100 years.

In essence then, Sustainable NZ might as well have been formed by the Comms division of the National Party. Its chief role is to mess with the Greens’ core support and to paint the moderate centre-left members of the coalition government as ultra-socialist radicals intent on driving good and honest farmers to rack and ruin. Yet… if it isn’t given a free electorate ride into Parliament by National, Sustainable NZ seems more likely to cannabilise (and waste) a few hundred votes on the centre-right, than it is to do enough damage to the Greens to push them below the 5% MMP threshold. Ultimately, there are just all that many people who can look at James Shaw, and see him as being the Red Menace, incarnate.

Footnote : It may be a small thing – or maybe not – but every photo caption published in the mainstream media of the Sustainable NZ launch identified Tava, but not the two women and the Asian man flanking him.

Presumably, they are not his security detail. Again, the anonymity doesn’t do much for the credibility.

Sustainable NZ? Go on past that place where they aim on putting in the shopping mall, and head down to where the drive-in bank will be going. Farmer friendly bunch. Yodeelayheehoo. Every man for himself.