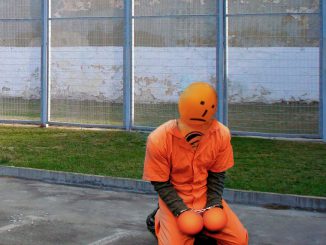 The coalition government still seems unable (or unwilling) to respond in any meaningful way to the slew of progressive recommendations contained in the Welfare Export Advisory Group report – which, in effect, has been shelved since February.

On another front though, the government has now done the right thing, and has partially restored the right of prisoners to vote.

Not before time. The original blanket ban on prisoner voting introduced by National in 2010 was always a petty, vengeful bit of pandering to the redneck vote that (a) put New Zealand out of step with the rest of the developed world (b) disproportionately impacted on Maori prisoners (c) violated our own Bill of Rights and (d) ran counter to the wider aim of re-integrating prisoners back into the community. In effect, Justice Minister Andrew Little has now restored the pre-2010 status quo. Meaning : serious offenders sentenced to more than three years in jail will remain disenfranchised, but those prisoners serving lesser sentences will once again be able to vote.

Some things never change, though. Under the leadership of Simon Bridges, National is still out there pandering to the rednecks.

Get the classic non sequitur here :

A Waitangi Tribunal report found the law change disproportionally impacted Māori prisoners and a High Court declaration stated the current law is inconsistent with the right to vote in the Bill of Rights Act. But National Party leader Simon Bridges said many prisoners are by no means model citizens.

Newsflash: not being a model citizen isn’t a valid reason for a National government removing the right to vote from all prisoners. Serious offenders – to repeat – will not be having their voting rights restored by Andrew Little. Only lesser offenders will. Back in 2010, one of the most comprehensive arguments raised against the original blanket ban on prisoner voting came from National’s then-Attorney General, Chris Finlayson. At the time, Werewolf summarised Finlayson’s arguments against his own party’s legislation:

Finlayson indicated that a blanket ban on prisoner voting would be inconsistent with section 12 of our Bill of Rights legislation. This section says that every citizen over the age of 18 has the right to vote and to stand for parliamentary office – apart from a fairly restricted set of reasons set out in section 5 of the same Act, which the Quinn Bill failed to meet, according to Finlayson. In fact, he argued, the supposed objective of the Bill – to deter serious offending – was ‘not rationally linked’ to the Bill’s own provisions to impose a blanket ban on prisoner voting. Reason being, serious offenders are already banned from voting by the existing law. As for everyone else :“ It is questionable that every person sentenced to any period of punishment is a serious offender. People who are not serious offenders will be disenfranchised…” The blanket ban, Finlayson concluded, cannot be justified.

As originally drafted, Finlayson added, the ban had illogical elements. Those on home detention could vote, those in prison for the same offence could not – which despite being unfair, weakened any deterrent effect. And also :

Moreover, a serious violent offender sentenced to two and half years in jail would not lose their right to vote if their sentence fell – purely by chance – into the period between elections. Yet by the same token, someone sentenced to a week in jail for not paying their parking fines would lose their right to vote, if they were unlucky enough to be sentenced at the wrong point in the electoral cycle. Justice, to state the obvious, should not be reduced to such games of chance.

Evidently, National has learned absolutely nothing in the interim. Predictably, Bridges is accusing Labour of being “soft on crime”. The man really is a social dinosaur.

Footnote One : Lifting the ban will reportedly restore the right to vote to about 1,900 prisoners, prior to the next election. As Otago University law professor Andrew Geddis has pointed out, much of the credit for restoring the voting rights of prisoners belongs to the campaigning duo of former “prison lawyer” Arthur Taylor and human rights lawyer Richard Francois. Potentially though, more work remains to be done. The three year cut-off point is an arbitrary one. If the franchise is a basic human right, it should not be extinguished in this arbitrary fashion.

After all, the penalty for a serious offence is the jail term itself. Arguably, the state should not then be tacking on arbitrary punitive extras like… oh, and besides, we’ll take away your right to vote. Usually when the state imposes subsequent restrictions on rights in the wake of criminal sentences being served – eg on the future ability to own weapons, or to drive vehicles – there is a direct connection between the original offence and this subsequent restriction of rights. Cancelling the right to vote though, bears no such connection to the original offence. It seems utterly gratuitous.

Footnote Two: This morning, Andrew Little made it as clear as he could – given the legal sensitivities still in play – that the conduct of the Grace Millane case would not result in further limitations (beyond those in the proposed bill already before the House) to limit the evidence and the cross examination process in sexual assault cases with respect to the prior sexual history of the victim.

At some future date, it would be interesting to analyse what might have been different (if anything) about the conduct of the defence in the Millane case, if this proposed legislation had already been in place.

Footnote Three: Almost as an aside, Little confirmed that those sharing the name of Millane’s killer on social media (in violation of the ongoing court suppression order) would be liable to prosecution, and to fines of up to $25,000 and six months in prison. Given the severity of those penalties, it seems legitimate to ask–what exactly is the current legal purpose that’s being served by keeping the name suppression in force ?

Usually, the aim of name suppression is to prevent the tainting of the hearing of the case, by the surfacing of details deemed to be extraneous to the offence being prosecuted. In the event of a ‘not guilty” verdict the ability of the accused to re-commence their life may also be taken into account, in highly publicised cases. Well… neither of those aims are now relevant, given that a ‘guilty’ verdict has been delivered. All that remains is a possible appeal, and sentencing – both of which seem mystifying reasons for the continuation of name suppression. Here’s the point : without good reason, people should not be facing prosecution for sharing on social media within New Zealand what is freely being reported overseas. If we truly want to convince the outside world to respect our court suppression orders, some additional rationale needs to be forthcoming at this stage.

Mississippi Fred, and the faces of history

This great live recording by Mississippi Fred McDowell was recorded 13 years after his re-discovery but only eight months before his death, in July 1972. After his usual spoken preamble, he gets down to the great Delta blues bottleneck guitar playing and intense singing that he did best. Forty seconds in, this video also begins to unfurl a great montage of photographs by the random group of photographers who immortalised the faces and living conditions of America’s poor during the 1930s Depression and into the wartime years of the early 1940s. (Ans Westra’s later work in New Zealand shared a continuity with this same body of work.)

Besides the well-known Dorothea Lange images, this video also features the work of lesser known, highly talented people: eg Arthur Rothstein, Margo Cooper, Russell Lee and (in particular) Jack Delano, whose work has been a real discovery – for me, anyway. Check out for instance at 4.15, Rothstein’s beautiful and haunting image of the wife of a Mississippi sharecropper…