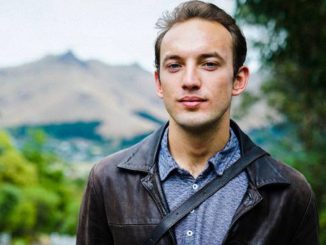 Labour has been steadily improving its gender balance to the point where there are now 21 women in its caucus out of 46 MPs in all, just below 46%. Yet Labour has been just as steadily losing the generational battle to the Greens. Currently Kieran McAnulty is at 34, the only male Labour MP under 40. Only four out of the 46 Labour MPs are below 40 years of age: McAnulty, Jacinda Ardern, Kiri Allan, and Willow-Jean Prime.

These issues of gender/generational balance will be played out afresh on November 24, when Labour selects its candidate to replace Ruth Dyson in the Port Hills electorate. The stakes involved will rise even higher on Wednesday when the new boundaries for Port Hills get released. The new boundaries are expected to make the seat considerably more marginal for Labour, since centre-right voters from Selwyn and Banks Peninsula seem likely to be pushed into Port Hills, while a number of Woolston voters get re-allocated into the Christchurch East seat held by Labour’s Poto Williams.

If this proves to be the case, this will strengthen Williams hold on Christchurch East, but will make Port Hills far less safe for Labour – which will already be negatively affected anyway by Dyson’s retirement, given her local popularity. Even on current boundaries, National won the party vote in Port Hills at the 2017 election. The seat is simply not much of a natural fit for Labour, especially once Dyson has been removed from the equation.

Taken together, Dyson’s retirement and the boundary changes will – or should – change the landscape for the Port Hills candidate selection. Rather than reward a candidate with a safe seat for prior services rendered to the Labour Party, the selection panel will need to be turning their minds to identifying the candidate best qualified to win what is shaping up to be a very tight local contest. That being so…which candidate has the best local credentials for a fight on this particular battleground?

There are four people running for the Port Hills nomination: Tracey McLellan, Joe Davies, Tyrone Fields and Reuben Davidson. While Fields cannot be discounted – he is among other things, the deputy chair of the Banks Peninsula Community Board and has been previously endorsed by Dyson in his Community Board campaigns – the two strongest candidates seem to be McLellan, 49, the current acting president of the Labour Party and Davies, 25, a mental health nurse trainee and former community board activist.

If Port Hills was a safe seat, McLellan’s selection could be taken as her due reward for suddenly being elevated to party president after the recent resignation (under a cloud) of Nigel Haworth. Reportedly, McLellan joined the Labour Party in 2011. Yet in a tight contest in a highly parochial seat, being an outsider from the party’s head office might not bring much to the table. Davies, by contrast, has strong local ties. In addition, his work in mental health also brings him face to face on a daily basis with some of the community’s most vulnerable people:

Mr Davies was formerly the Head Boy at Linwood College through the 2011 earthquakes and at 19 he was elected onto the Hagley Ferrymead Community Board. After completing one term on the Community Board Mr Davies decided to pursue a career in nursing. “I’m currently coming to the end of my nursing education and its given me a deep insight into the health of our people,” Mr Davies said….if he is unsuccessful in the race to become the next Labour Port Hills nominee he will enter psychiatric nursing at Hillmorton Hospital.

It is shaping up to be a selection that’s ripe with implications at both the local and national level. McLellan vs Davies is not simply a head office insider vs a local contest, although it is that, first and foremost. By choosing Davies, Labour would be selecting someone from the ranks of a generation that Labour has hitherto surrendered to the Greens. (Chloe Swarbrick, 25, would finally face some competition.)

In Port Hills, Davies’ youth, his mental health work and his past experience in the electorate’s grass roots community activism could all offer a lifeline for Labour – in that he might well attract some voters who previously voted Green but who may now be feeling underwhelmed by the Greens’ performance in government. (In 2017, the Greens won over 3,000 electorate votes in the Port Hills, and 10% of the party vote.)

That’s what makes the Port Hills selection next Sunday seem so interesting. Currently, Labour looks as though it has become a political theme park for Boomers and Gen-Xers. To its credit, it has tackled its previous gender imbalance – but right now, it has a similar and equally pressing need to revitalise itself along generational lines. Next Sunday, Labour’s three head office reps and the three local delegates on the selection panel will have a lot to exercise their minds. Many factors could conceivably come into the frame. In this day and age for instance, at least some fluency in te reo should be a pre-requisite for any aspiring politician. That could be something else of importance for the selection panel to explore, with the various candidates.

Footnote: On that gender issue, the parliamentary balance varies markedly between the four main parties. Currently 38% of all MPs in Parliament are women. As mentioned, the Labour caucus is 46% female. National’s 20 women MPs comprise 36% of its caucus, while the New Zealand First ratio (two women out of nine MPs) is a lowly 22%. The Greens are the mirror opposite of NZF, with six out of the eight Green MPs (75%) being women.

As the bookings decisions loom for the NZ Festival of the Arts early next year, the black country musician Rhiannon Giddens should not be overlooked. A multi-instrumentalist and magnetic stage presence, here’s a 2015 live performance of hers from Austin City Limits:

And here’s a more recent Giddens track, from last year…

And finally here she is, singing up a storm in Gaelic :