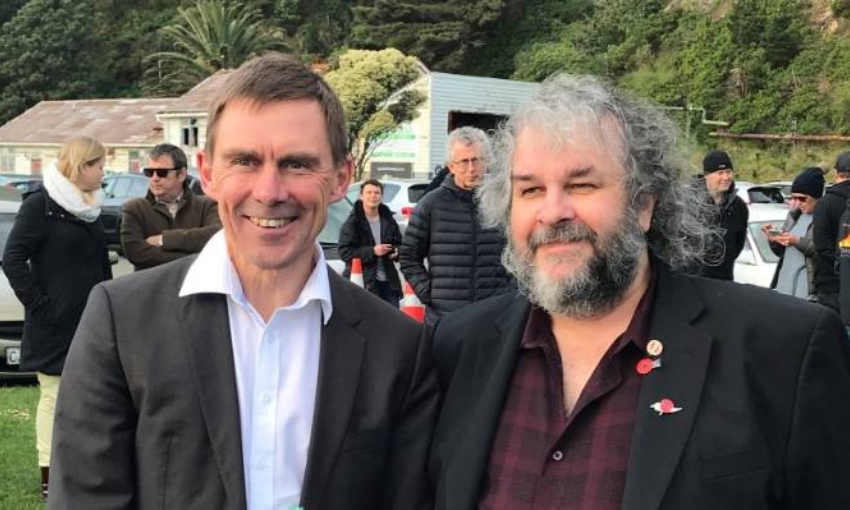 For obvious reasons, politics is more of a big deal in the capital city than anywhere else in the country. Even so, fewer than four in ten eligible voters bothered to vote in Saturday’s local body elections in Wellington (turnout 39.66%). Even less was felt to be at stake this time around than in 2016, when 45% of the electorate voted Justin Lester into the mayoralty. To put it mildly, the Lester-led Council failed to live up to expectations. Lester will be remembered mainly for the fact that somehow, he managed to lose this election.

By contrast in Auckland and Christchurch, mayoral incumbency proved highly beneficial to Phil Goff and to Lianne Dalziel, given the lack of a potent alternative. The fact that Wellington rejected Lester and chose Andy Foster in his stead, has an oddly retro quality to it. Foster has been a councillor for 27 years and has been in senior roles for the past decade… so, more a part of the problem than the solution, one would think.

Consistent with that view, Foster’s agenda – he’s against light rail, against the Shelly Bay development, in favour of more roading, a second Mt Vic tunnel, and a lower rates burden does have a certain Back to the Future feeling about it. It is as if the city has been handed back to a prior generation of business interests even while the media is celebrating the entry of new energetic talent (eg Tamatha Paul, Teri O’Neill) to local government, and more gender and ethnic diversity. Meaning : if anything, the polarisation that immobilised the Council during Lester’s term of office is likely to become even more pronounced this time around.

So how did Lester manage to lose a sure thing? At a time when the public was angry and frustrated at (a) the abysmal new bus system and (b) Council’s lack of interest in speedily fixing the city’s beloved central library, the Lester campaign appeared to be fixated upon a giant red herring – namely Sir Peter Jackson’s funding of the Andy Foster campaign. All that this fixation achieved was to pour new wine into Foster’s very old bottle. If Lester had put a smidgeon of that energy into railing from the outset – however symbolically – against the Regional Council for its bus disaster, he would have looked less like a bystander to events in the capital ( the buses, the library, the Convention Centre) that seemed beyond his ability to affect, let alone control.

Foster will now have to deal with the same polarisation and stasis that defeated his predecessor. As a participant in those fruitless debates in the past, he will presumably have some ideas about how to either convince his opponents in Council, or circumvent them by working more closely on the side with the Council’s bureaucratic hierarchy. Those new younger, greener Councillors may require a crash course in fighting their corner, and in promoting open and transparent forms of democracy in the day-to-day workings of Council.

Footnote : The wishlist in the press release issued by the Wellington Chamber of Commerce is a foretaste of the retro future that Wellington faces. Basically, the Chamber has come up with a collection of centre-right doggerel that could have been written 30 years ago.

For starters, the Foster-led Council is being exhorted by the Chamber to “ Make decisions in the way a business would, with a robust cost-to-benefit analysis,”… and to “demonstrate fiscal responsibility through wiser spending, lower debt, reducing the rates burden on business over time…” Hilariously, this “low rates” façade of fiscal responsibility also finds room for massive spend-ups on the usual white elephant projects : “An indoor stadium – A comprehensive venues strategy.” Not to mention spending on roading aplenty as well as on mass transit : “The Terrace and Mt Vic tunnels, cut and cover at Te Aro, mass transit, and linked regional projects such as Petone2Grenada and Melling Interchange.”
Oh, and the Chamber believes in more Council spending on the hopelessly flawed Wellington airport runway extension : “Continued support for developments at the airport and port, including improve road and rail access to port and support growth of long-haul air connections.”

How, you might well be wondering, could this centre-right wet dream possibly be affordable, given the Chamber of Commerce’s desire to simultaneously reduce the revenue that’s available to Council from rates? It would all be done apparently, via recycling. The Chamber advocates : “Alternative funding mechanisms for council, such as recycling and renewing assets, to pay for new infrastructure.”

In reality of course, big contracts will continue to be signed for the usual vanity projects that benefit only a sliver of the city’s business sector. Foster has already told RNZ it would be “tremendous” if the Convention Centre could be rejigged to house the Film Museum monument to his biggest sponsor. If such projects go forward, the public services that the majority of Wellingtonians actually use will inevitably suffer.

Footnote Two. If Justin Lester did have a plan for two terms as mayor serving as a platform for a subsequent career in parliamentary politics, any such dreams are now kaput. Too bad that
he seems to have learned nothing from his defeat:
An embittered Justin Lester – facing a shock ousting after one term as Wellington mayor – is blaming Hollywood heavyweight Sir Peter Jackson’s money for swinging the result. “We could have spent more money, look, we spent a lot more money last time, we could have spent more money this time. It shouldn’t come down to that, it should come down to the best ideas and the best people,” he said.
Jackson’s money wasn’t the reason why Lester lost, and why his rival won. Nice bloke and all – but in the end, having Justin Lester around just didn’t seem to make that much of a difference, to anything.

Big Thief
Clearly, Adrianne Lenker’s band Big Thief is on a roll. Only six months after releasing a “best album of 2019” contender in UFOF, they’ve issued a new, louder album called Two Hands that doesn’t sacrifice any of the band’s trademark melodicism, or its pointed lyrical content.

This new single “ Forgotten Eyes” still puts Lenker’s voice at the centre of proceedings. As usual she’s written some really densely argued lyrics that reward the effort to work them out. Compassion, as she indicates here, is the forgotten tongue, and we’re forgetting how to see the social damage right in front of our eyes :

Hollow-eyed on Eddie Street no sirens to hear
Just trash and soiled needles clawing the veneer…
Hollow-eyed on Eddie, is it they or is it I
Is it me who is more hollow as I’m quickly passing by?
And the poison is killing them, but then so am I
As I turn away
The wound has no direction
Everybody needs a home and deserves protection…