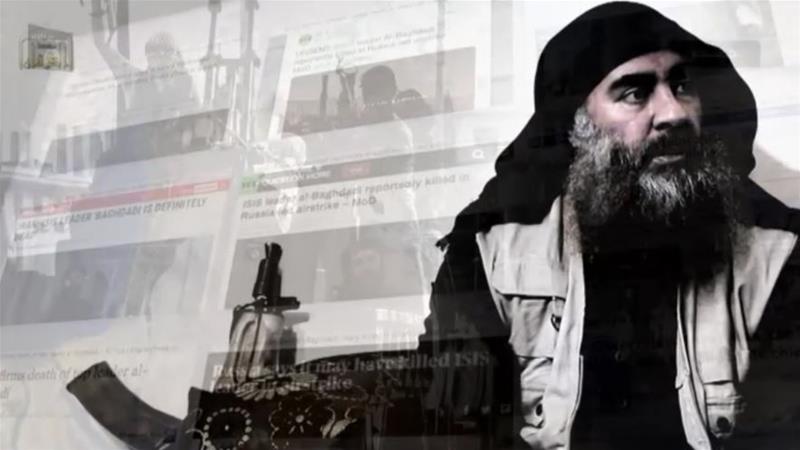 Gordon Campbell on the killing of the Islamic State leader

So…as a few other reports have noted, the US has now killed the Islamic State monster – Abu Bakr al-Baghdadi – that it created in the first place. The US invasion of Iraq in March 2003 and the subsequent decision to disband much of the Iraqi Army created great hardship and a pool of resentment within the Sunni population conducive to the rise of Islamic State. Moreover, al-Baghdadi’s imprisonment at the Abu Ghraib and Camp Bucca detention centres put him in personal contact with inmates who later proved central to the formation of Islamic State, including the former Army recruit that has already been named as his successor, Abdullah Quardash.

Significantly, Quardash used to be a religious commissar in al-Qaeda, and al-Qaeda and the remnants of IS may now be more willing to co-operate. Reportedly, there had been personal friction between al-Baghdadi and the veteran al-Qaeda leader Ayman al-Zawahiri that had prevented much in the way of collaboration in the past.

The claim yesterday by US President Donald Trump that the killing of al-Baghdadi will now make America more safe looks like wishful thinking. Since the loss of its caliphate, Islamic State had already become an even more de-centralised organisation than before, with its remaining cells virtually self-sufficient in finance, arms and decision-making. Those cells will survive the loss of al-Baghdadi. The group may even feel more motivated to launch fresh attacks in Europe (or elsewhere) to prove the organisation is not a spent force, despite the loss of its leader. Ironically, al-Qaeda – which has played a much longer strategic game in building its organisation – could prove to be a something of a restraining force on its former rival. The caliphate having failed, al-Qaeda has been tactically vindicated.

Typically, al-Baghdadi’s death provided Trump with another platform for self-promotion. The man seems incapable of being entrusted with security information, and he excitedly tweeted out the news of a looming significant event twelve hours before the formal announcement. Subsequently, he divulged unnecessary details about the special forces mission that could prove to be of benefit in future to America’s enemies.

Looking Ahead
Reportedly, Trump’s decision to suddenly pull US forces out of northern Syria had actually made the special forces mission more perilous – in that it needed to be launched from much further afield from a base inside Iraq, and had also required the US to alert Russia – which now controls the Syrian air space – to allow it to proceed.

In the preceding months, the Kurds had been among the US allies that helped to pinpoint al-Baghdadi’s location, yet the US chose to betray them, regardless. Incidentally, the success of the al-Bhagdadi raid also reflected the expertise of US intelligence agencies which, as agents of the ‘deep state’, are more commonly a target for White House hostility and derision.

In some respects, the truly repulsive aspect of Trump’s announcement yesterday – beyond the usual preening self-promotion – was the detail that Trump went into about how the death of al-Baghdadi and his family had occurred. When Barack Obama announced the death of Osama bin Laden, a sombre and dispassionate tone had been maintained as if to underline that no matter how brutal the target’s crimes had been, a human being had been killed. Trump showed no such restraint.

“He was screaming, crying, and whimpering,” Trump said of Baghdadi. “And he was scared out of his mind.” It’s a line he repeated often, adding that the terrorist leader “died like a dog. He died like a coward.”

Sure, Trump claimed that he’d used such language in order to de-legitimise the IS leader in the minds of his followers and potential recruits. But in the minds of everyone else, Trump merely diminished the ability of the US to take the moral high ground. Given al-Baghradi’s monstrous crimes, no-one will be shedding tears over his demise. Yet the US President conveyed images of the death of a man and his family – three children reportedly died with him – in terms that made Trump’s victory lap seem cheap, and feel morally grubby.

Footnote One: The only remote comparison with Trump’s language yesterday would be Hillary Clinton’s callous comment about the death of Libyan dictator Muammar al-Gaddafi – “ We came, we saw, he died.” Even by that standard, Trump’s triumphalism yesterday was notably worse.

Footnote Two : The US President could have used the occasion to separate the crimes committed by the Islamic State cult from the normal beliefs and practices of Sunni or Shia Islam. As US Middle East expert Juan Cole says, it was always a form of trolling for al-Baghdadi to call his organisation the “ Islamic” State, given that it had almost nothing in common with the religion it claimed to represent:

As I have noted before, it would be as though a guerrilla group in Mexico or Colombia declared that their name was The Vatican. And if the press fell for it, then every time the group massacred villagers, they’d be obliged to report that “Today the Vatican massacred 63 with machetes in the highlands.”

Since Western journalists actually know what the Vatican is and what Roman Catholicism is, they wouldn’t fall for this trick. But some journalists in prominent outlets reported….that ISIL is “very, very Islamic.” Yes, and the Ku Klux Klan is “very, very Christian.”

Footnote Three : In the course of Trump’s recent statements on Syria – including in the wake of the ceasefire worked out between Turkey and Russia for which Trump bizarrely tried to claim credit – he has repeatedly claimed that US forces have taken control of Syria’s oil fields. Leaving aside the neo-colonial implications of such statements, the claim now appears to be factually correct insofar as a convoy of US special forces have been sighted advancing on the oil fields near Deir ez- Zour, in northeastern Syria.

Supposedly, this is in order to “protect” them from falling into the hands of Islamic State. (The power vacuum around Deir ez-Zour, until now held by Kurdish forces, is another consequence of the US betrayal of the Kurds.) So much for denying the chances of a comeback by IS….or for denying the allegations that the US has always had hopes of seizing and exploiting Syria’s natural resources. In fact, Time magazine has a good piece here on the history of Trump’s fixation with “taking” Middle Eastern oil, supposedly as compensation for the US providing a defensive shield to the region. Some shield, the Kurds will be saying.