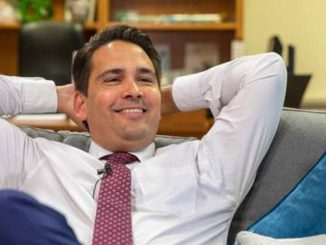 Having failed all year at being a credible alternative Prime Minister, National leader Simon Bridges has lowered his aspirational target this week to something more within his range. On radio yesterday, Bridges did his best to come across as National’s alternative to Shane Jones. Yep, another prince of ordinary blokery willing to take a crack at the forces of Political Correctness:

The National Party leader told Magic Talk he wants to “make sure that people can say what they think even where it’s a bit un-PC [politically correct] I think we’ve got a situation through education and the media – certain parts of the media – there’s things that are off-limits in New Zealand that we’re not allowed to talk about, and I think that’s not healthy.”

No, perish the thought. Perish the thought that we should be at all concerned about extremist speech online. These days, blokes in Parliament and blokes in boardrooms, and ordinary jokers in the nation’s pubs never get a chance to get a word in edgeways, what with the feminists and the gays and the greenies and the migrants from Lord knows where hogging the mike. All of them making a bloke feel bad about chucking off at them, and for saying whatever they want to whom so-ever they like.

That’s the New Zealand way. Blokes talk, sheilas listen and gays and Chinamen are nowhere to be seen outside of hair salons and Chinese restaurants. Perish the thought that in the increasingly diverse 21st century, that our budding Prime Minister should be trying to take the lead in avoiding us giving unnecessary offence to one another. “Bugger the PC brigade”, Bridges told his radio audience instead. He’s such a maverick.

Bridges chose a peculiar example to convey to his radio listeners the evils of the politically correct. Earlier this year, he explained, he’d copped flak for criticising PM Jacinda Ardern as a “part-time leader” for visiting the Tokelaus during a sitting week of Parliament. But no other sitting Prime Minister, Bridges noted scornfully, had visited the Tokelaus since 2004! Perhaps the comments below by the government of Tokelau might explain what had really annoyed Bridges about the whole episode:

The Ulu o Tokelau, Faipule Kelihiano Kalolo, on behalf of the Council and people of Tokelau, acknowledges with deep appreciation the recent visit by the Prime Minster of New Zealand, Rt. Hon. Jacinda Ardern, to Tokelau.

It was only the fourth prime ministerial visit to Tokelau in their 93-year constitutional relationship. And Tokelauans have noted that all of these visits were by sitting Prime Ministers from Labour-led governments.

“The people of Tokelau felt the warm empathy shown by the Prime Minister especially towards our school children. Her visit served to remind ordinary Kiwis that Tokelauans are also New Zealand citizens and part of the Realm of New Zealand with Cook Islands, and Niue,” stated Hon Kalolo.

Climate change impacts in the Pacific. Regional diplomacy. New Zealand’s personal role (in unison with Australia’s aid and defence efforts) in combatting China’s inroads in the Pacific. In short, Ardern’s visit to these New Zealand citizens in our near neighbourhood was an entirely legitimate part of the PM’s workload. None of it evidently, had registered with this particular blokey bloke.

Week after week – the fawning over the Chinese Communist Party, the scoring of an own-goal over an immigration case that actually occurred on National’s watch etc – Bridges has amply demonstrated his incapacity for the top job. He now seems to be trying to turn his liabilities into virtues: it is to be treated as just the natural fallout from a straight shooter speaking his mind. Let the cards fall where they may. Judge him not by what he says (usually rubbish ) but on how he says it. Hey, in 2016 it got the current US President elected.

Political correctness may have become the phantom menace of the Idiot Right, but it actually began life in the 1970s as a term used by the moderate left, to describe those further to their left. On one level it is obviously absurd that the most privileged and powerful groups in society – white males in politics and business – should be claiming to being muzzled by a few feminists, trans activists and academics. But that is to ignore the psychological dynamics of the situation. As the article below reminds us, every demagogue needs an enemy, and the liberal elites happen to provide a convenient one. Donald Trump’s message on the campaign trail was that not only had the liberal elites caused the problems being faced by ordinary folk, but that the same elites were now conspiring to prevent the people’s champion (ie, himself) from even talking about it.

“The special interests, the arrogant media, and the political insiders, don’t want me to talk about the crime that is happening in our country,” Trump said to a September 2016 rally. “They want me to just go along with the same failed policies that have caused so much needless suffering.” But bugger the PC brigade… he would not be muzzled from speaking out on behalf of ordinary folks!

Trump claimed that Barack Obama and Hillary Clinton were willing to let ordinary Americans suffer because their first priority was political correctness. “They have put political correctness above common sense, above your safety, and above all else,” Trump declared after a Muslim gunman killed 49 people at a gay nightclub in Orlando. “I refuse to be politically correct.”

That’s the difference. Liberals may feel concerned about the impact of language on the vulnerable, but the populist right sees the Language Police as part of a conspiracy by the elites to keep them down, and to muzzle even the expression of their righteous anger. Routinely, the ideologues of the right – in Britain, across Europe and in the US – use the “political correctness” accusation to exonerate themselves for exploiting that bottled-up anger for their political advantage:

In June 2015, after Trump referred to Mexicans as “rapists”, NBC, the network that aired his reality show The Apprentice, announced that it was ending its relationship with him. Trump’s team retorted that, “NBC is weak, and like everybody else is trying to be politically correct.”

In August 2016, after saying that the US district judge Gonzalo Curiel of San Diego was unfit to preside over the lawsuit against Trump Universities because he was Mexican American and therefore likely to be biased against him, Trump told CBS News that this was “common sense”. He continued: “We have to stop being so politically correct in this country.” During the second presidential debate, Trump answered a question about his proposed “ban on Muslims” by stating: “We could be very politically correct, but whether we like it or not, there is a problem.”

So… that’s the playbook Simon Bridges was referencing yesterday, albeit without the overt expressions of racism and sexism. (Those factors lie just below the surface here too, though.) Railing against p.c. is a way of weaponising the widespread feelings of blokey inadequacy and hostility to the changes in social and cultural norms. Expect to hear more of it from National during the 2020 election campaign.

Any negative response to Taika Waititi’s new film Jojo Rabbit will also run the risk of being treated as political correctness gone mad. With that in mind and since the film hits local theatres this week, here are a couple of thoughtful reviews worth your while. First, here’s A. A. Dowd in the AV Club and also… here’s Jonathan Romney in Film Comment.

In case those fairly damning reviews don’t wash with you, here’s the happy face response:

Great news… and also kind of ironic that Laurie Anderson should be coming back here to co-curate next year’s International Arts Festival in Wellington. Because in 1986, when Laurie Anderson brought her stunning visual/aural extravaganza to the same Arts Festival – the McGarrigles were also on the programme that year – the (infamous) response from the organisational hierarchy was that this kind of rock’n’roll stuff (Anderson, the McGarrigles) didn’t belong in the Arts Festival, and should never, would never, be a part of the Festival fare ever again. Those darned art elites just didn’t get it. Now they do.

So… from those distant mid 1980s, here’s her tribute to William Burroughs. Sorry that the sound quality isn’t so great on this clip. But the visuals compensate… and they do evoke what got people so excited about Laurie Anderson, back in the day.