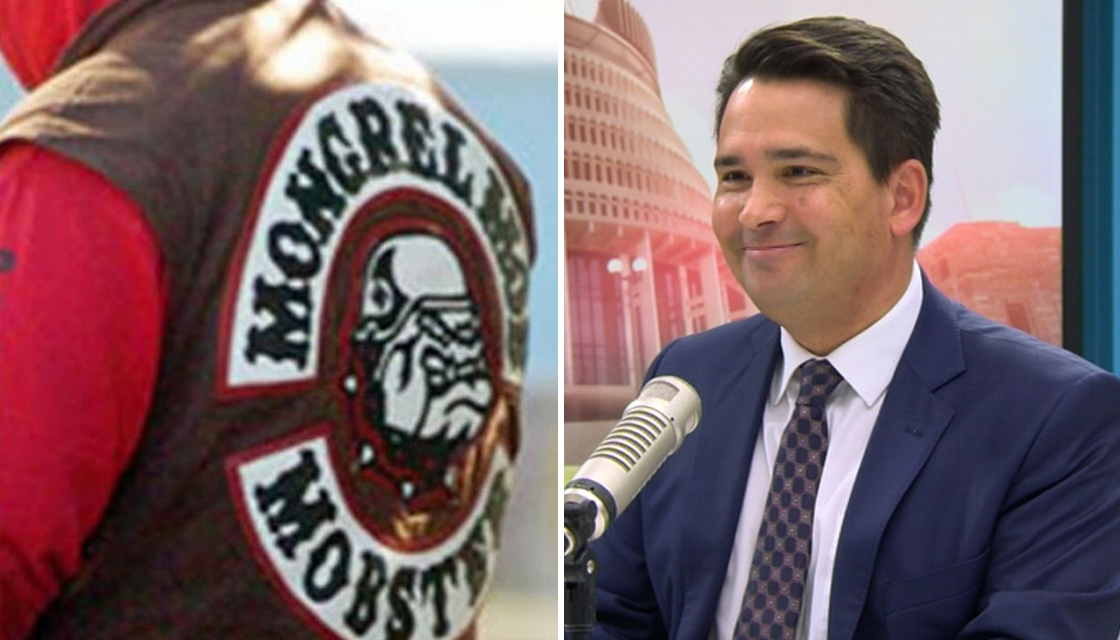 Bad enough that the National Party led by Simon Bridges is still aiming to run a modern economy with a package of ideas – tax cuts, de-regulation, small government – that were fashionable in the late 1980s, but which became discredited over a decade ago, given how bank de-regulation caused the Global Financial Crisis.

This week though, National has proved it is still stuck in a social time warp as well, by releasing a package of welfare policies ripped from the headlines of the 1970s.

Too bad. It would make for healthier politics if had a modern, fresh-thinking conservative party on the Opposition benches. Evidently, we don’t. Solo parents – the vast majority of whom are women – would have their benefits cut under National’s proposals if they failed to fully immunise their children. Not only would such a proposal penalise the children that it pretends to protect, it also ignores whether vaccines are readily available, and easily affordable to access. Finally, it effectively blames people on low incomes for an immunisation problem not of their making.

To a large extent, the anti-vaxx movement is a white middleclass and upper income phenomenon – as has been evident since 2012, when Werewolf cited Ministry research showing the uptake figures for the school-delivered Gardasil vaccine (that protects young women against cervical cancer) was actually higher among Maori and Pasifika girls than among girls from high decile schools.

Basically, the tables show that among low decile schools and among Maori and Pacific Island girls, the take-up rate of the HPV vaccine is very high, up around Australian levels. Conversely – and no doubt surprisingly to some – the vaccination programme has been less successful among white, higher income school communities, and it is the resistance from these groups that is dragging down the national average in New Zealand.

Similarly, there is no reason to heap blame on beneficiaries for the recent measles outbreaks. If Bridges had the political courage (although it would still be a bad idea) he could far more justifiably deny Working for Families support to middle class recipients who didn’t fully immunise their kids. But that, of course, would be politically dangerous. Much easier to exploit immunisation anxiety, and feed it a scapegoat on a benefit.

The same criticisms can be levelled at goes for National’s emerging policy on gangs, another dog whistling exercise designed to attract angry old white voters. National is proposing that gang members and their families should be denied benefit support if they cannot adequately account for any or all of the material possessions they possess. (Imagine adopting such an intrusive “guilty until proven innocent” search and seizure policy towards wealthy people who pay a suspiciously low amount of tax. That ain’t never going to happen.) In reality, National is looking through the wrong end of the telescope. What about finding out the extent to which the lack of material well-being is driving people into gangs in the first place ?

As mentioned, this welfare package may be just a pitch for support among New Zealand First voters. Talking of whom…Bridges is almost enough to make one sentimental about former National PM Robert Muldoon who (while no supporter of Maori nationalism) was able to get alongside the gangs and sought to get them into work trusts, while also discussing with them protection measures for the women and children associated with gangs. It was an odd relationship, as Muldoon biographer Barry Gustafson has said, but Black Power members reportedly attended Muldoon’s funeral in 1992 and performed two haka in his honour. In the archives, there is a lovely photo of Dame Thea Muldoon sitting around afterwards between Black Power members Bumpa Maharauki and Lani Clark.

For all his “Ordinary Bloke” mannerisms, Bridges would probably be incapable of treating gang members as human beings and/or demonstrating anything like the positive engagement Muldoon pursued, decades beforehand. Long ago of course, Rob’s Mob migrated with Winston Peters to New Zealand First. Nothing in yesterday’s National package seems likely to bring them back. The rest of us – women voters especially – will, in all likelihood, be repulsed by (a) the attempt to link immunisation failures to solo parents, and (b) by National’s callous promise to bring back the sanctions against female beneficiaries who refuse to name the farther of their child, through fear of retribution for exposing their partners to child support penalties. Vulnerable women and children would be put at risk once again, by National’s policy proposal.

“Proposal” being the operative word. Apparently, these ideas are not (yet) National Party policy, but are being floated to test the response. By doing so, Bridges and National can reap the applause of the bigots while retaining plausible deniability with everyone else. Not exactly a party with the courage of its convictions. You could say that this policy package runs the entire spectrum…from hard-hearted to chicken-hearted.

Footnote One : In another example of Stone Age welfare politics, the package purports to crack down on welfare fraudsters – as if this recent, damning report on the MSD fraud investigation unit (by Privacy Commissioner John Edwards) didn’t exist. That report slammed MSD for using a loophole in its legislation to carry out wholesale infringements of privacy, with MSD investigators regularly going straight to third parties for intimate information, phone records etc about people on benefits.

In one example cited by Edwards, MSD confronted a beneficiary with a sexually explicit photograph obtained from a telco, without the knowledge, let alone the permission of the beneficiary concerned. For all of its whining about the alleged excesses of the Nanny State, National has always been entirely OK about the privacy intrusions involved when state power gets directed against people on benefits – and so surprise that yesterday, Bridges was promising more of the same.

To what end, you may ask. Reportedly, in the last year that National was in government – 2016/17 – almost 6000 fraud investigations were completed.

‘Relationship status’ was a factor in about half those investigations – which is a euphemism for the fact that MSD was prying into whether the beneficiary was sleeping with anyone on a regular basis. If so, the benefit that supports solo parents and their children could be reduced, and “ overpayments” could be clawed back.

Yet the upshot of those circa 6,000 investigations was that overpayments were established in less than a third of such cases ( 1,800) and only 431 of them resulted in a successful prosecution, which is a success rate of only about 7 %. Given the cost of running the MSD investigation unit, it is unlikely the taxpayer is finishing up in the black, even after one takes into account any gains derived from the deterrent effect. Given the privacy violations these MSD investigations routinely entail, it is incredible that Bridges should be advocating more of the same, ratcheted up to a higher rate of intensity.

For its part, the coalition government has done very little so far to turn this punitive culture around. It has delayed implementing the Welfare Expert Advisory Group report, and Labour has seemed gunshy of looking ‘soft’ on beneficiaries, heading into Election 2020. Yesterday for instance, Police Minister Stuart Nash issued a press release that (a) accused National of reheating old policy while simultaneously (b) bragging about Labour’s own ‘tough on welfare’ credentials:

[Bridges] also seems to be trumpeting the suggestion that benefit fraud should be prosecuted. Sanctions against those with undeclared income are already enforced now. Police, Inland Revenue and the Ministry of Social Development go hard after benefit fraud and tax fraud, whether or not someone has a patch on their back. “In the last financial year MSD completed 5,385 fraud investigations, the highest in five years.

Footnote Two :As associate professor Lisa Marriott of Victoria University has pointed out, the New Zealand authorities are much tougher on welfare fraud than they are on tax fraud, even though tax fraud costs the country far more in lost revenues:

And furthermore, as Marriott says:

The treatment of the culprit and the language used to describe their actions, she notes, also tends to be quite different:

We even have different definitions of “serious hardship” for people on welfare and taxpayers. Taxpayers may ask for relief of their tax obligations if they’re suffering from serious hardship — a situation that includes being unable to meet normal community standards of living. But serious hardship doesn’t rule out debt recovery for a welfare debtor. Instead, repayment arrangements may be renegotiated.

Even the language used to describe the offending is noticeably more punitive. Welfare fraud is welfare fraud. Tax evasion is tax fraud — at worst — but is more likely to be described using phrases such as “tax position differences” or “tax discrepancies” — suggesting a lack of intent, even though the behaviour is deliberate and intended to avoid compliance with the law.

All of which tells us quite a lot about who we are, as a country. Ultimately, so does the calculation by Simon Bridges – matched in some respects by Stuart Nash – that calling for intrusive measures against welfare recipients makes for good and popular politicking.

A Harsh World For Little Things

Talking of children under threat from unseen powers, the old Night of the Hunter classic film recently – and inexplicably – turned up in the crime and action section on one of New Zealand’s main online platforms. Lord knows what an unsuspecting modern viewer will make of Robert Mitchum’s evil preacher, or of the Gothic fairy tale that envelops the two children – “Chilllldrennn!” – that become his latest prey.

A few years ago, I wrote a long essay for Werewolf about the origins and subsequent history of the beautiful hymn that Mitchum weaponises against his victims.

For that article, the Southern singer/writer Jim White forwarded me his own memories of the hymn. Here from 1928, is what is IMO, the best rendition of “Leaning On The Everlasting Arms”…

And here’s Mitchum’s murderous preacher singing it at the outset of his final conflict with the children’s guardian, played by Lillian Gish: