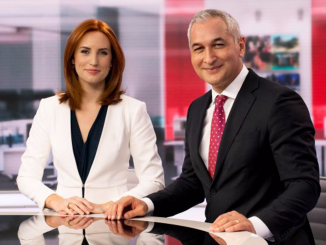 To date, most of the diagnosis of TV3’s problems has had to do with the gloomy future of free-to-air television in the age of digital streaming, the erosion of advertising revenues by the impact of Facebook and Google, and a few other internal cost factors. There have been calls for government to intervene, to keep alive the contribution to media diversity that TV3 provides – perhaps via targeted subsidies for local reportage, perhaps by making TV1 non-commercial.

All relevant… but so far, relatively little attention has been paid to what has been happening offshore within Oaktree Capital, the Los Angeles based US equity company that wholly owns MediaWorks, which in turn counts TV3 and Bravo amongst its assets. It was Oaktree that gave MediaWorks a gallows reprieve in 2013 by pushing out its former Australian owner Ironbridge and facilitating a receivership-driven restructure that enabled MediaWorks to shed a burden of tax liabilities and international programme purchasing contracts. Oaktree eventually assumed 100% ownership of Mediaworks in 2015.

That’s the sort of thing that companies like Oaktree do. They’re “distressed debt” experts, which means they’re very good at seeking out ailing, but asset rich firms headed for bankruptcy. In return for relatively small injections of funds to these companies in dire need, the likes of Oaktree secure control after steering their targets through bankruptcy, stripping out their assets into more efficient operations and making gains if and when the re-configured companies can be returned to health. Oaktree’s investment in MediaWorks was just one of these kind of transactions within Oaktree’s massive $20 billion global portfolio.

But here’s the rub. In May of this year, Oaktree itself was bought into by the giant Canadian firm Brookfields Asset Management, which has secured a 62% stake for $4.8 billion and which could, if it chooses to do so, assume total control of Oaktree by 2023. Brookfields is a very, very big enterprise and its CEO, Bruce Flatt, is one of the least known, most significant figures in global commerce.

The combined Brookfields/Oaktree entity is now as big as Blackstone, the world’s hedge fund colossus. In the light of the Brookfields stake and the uncertain state of the global economy, Oaktree has come under pressure to shed and/or streamline the underperforming assets in its portfolio. So TV3 and Bravo are being peeled off from MediaWorks and put on the auction block. Or – as former TV3 executive Mark Jennings laconically says – they’re likely to be virtually given away to a good home.

Oaktree itself has been struggling throughout the period since it took over MediaWorks in 2015, and it seems disinclined to carry passengers any longer:

The decision by Oaktree, led by distressed debt investor Howard Marks, to sell a majority stake of itself comes after a sustained period in which its stock has underperformed the broader market. Oaktree’s stock is down around 13 percent in the last five years, even after a price bump on Wednesday following the deal’s announcement. By comparison, the S&P 500 Index is up more than 50 percent over the period and Blackstone’s share price is up 4 percent.

Basically, these are unpredictable times for the ‘distressed debt’ industry, worldwide. Despite chronic talk of global recession and an imminent credit apocalypse, Judgement Day keeps on being deferred. In the meantime, interest rates remain low, which makes it easier for weak and distressed firms to stay afloat. Governments around the world also seem increasingly willing to bankroll rescue missions, and to pass regulations that reduce the ability of lenders to force firms into bankruptcy. One of the end results has been that reportedly, the rate of US bankruptcies has been slowing markedly since February. Apparently, “distressed debt” has itself become a shrinking investment area for now at least – although perversely, things will pick up when the next global recession finally arrives. Here’s a useful recent overview:

All this marks a shift from the last few years when firms were expanding their distressed debt staffs in anticipation of an economic downturn. Now, investors including Oaktree Capital Group, Ares Management and Brookfield Asset Management are hungry for new areas to invest their dry powder. They’re sniffing for opportunities in Europe, China, and India, and among smaller US companies.

In some cases, they’re creating distress where there might not have been any otherwise.[ie. by forcing their creditor firms into bankruptcy] And they’re raising less money for distressed funds — just $8.5bn so far this year, putting 2019 on track to be the slowest for fundraising since 2014.

“The amount of tradable distressed opportunities is very, very modest,” Jay Wintrob, chief executive of Oaktree, lamented at a conference in May regarding investments in the US… Investors’ difficulties underscore how hard it is to time distressed bets, especially as central banks globally have doused economies with cash at the first signs of trouble.

Sure, there is still an investment quest to find good companies with (temporarily) bad balance sheets. But as long as the global recession keeps on being postponed, the predatory hedge funds that specialise in distressed debt (eg Oaktree) are being forced to behave more like classic investors. Put simply : by purging the underperforming television items from MediaWorks roster, Oaktree will be able to deliver better returns to its new controlling shareholder. The stake that Brookfields took in Oaktree in May has done a lot to focus the minds of all involved. It has been one big reason why the TV3 turkey may well be facing an early Christmas.

[MediaWorks] is seeking to sell its own premises in the city and the TV channels they house. Its television head office and studios will be for sale with a lease-back option so a buyer can continue broadcasting from there. The plan is to sell the loss-making TV business but retain the profitable radio networks.

All of which puts the future operations (and the jobs of some 300 people employed at TV3, ThreeLife, Bravo and the news service Newshub) up in the air. Unfortunately, the previous failed policies of chasing cost savings via integration will now make it that much harder to hive off and sell the loss-making arms. Moreover, even if government was seriously interested in intervening as part of some wider re-think of the television sector this, as Mediawatch indicated, would probably be too little, and come too late :

Any change… like making TV1 non-commercial as MediaWorks wants – that would take at least 12-24 months. MediaWorks does not have that time and its owner Oaktree is out of patience”…

This mid 1960s track by Barbara Lynn seems soulfully appropriate, in the circumstances:

And then there’s the angrier approach chosen in the 1990s by Ani DiFranco :