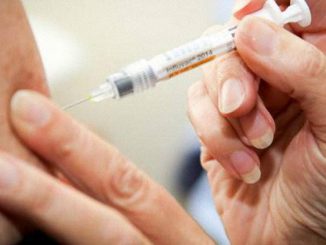 Falling vaccination rates in New Zealand have been a concern for some time. Among other things, high vaccination rates are the basis of the so called ‘herd immunity’ that prevents the transmission of disease to, and within, vulnerable communities. Depending on the disease, the safety threshold can vary – 95% for some diseases, 85% for others – but significantly, the vaccination rates among Maori (61%, reportedly) and poor families (69%) are running way below those levels, and are headed downwards.

How come? Poverty, access to health services and attitudes that are either actively hostile to vaccines or are unsure about their benefits are in the mix of factors producing the recent steep declines in our vaccination rates:

In May ,[the Health Ministry] identified seven possible reasons Māori families were not vaccinating – including socioeconomic barriers; a lack of flexibility with the general practice model; greater workload for outreach services; and vaccine hesitancy – but did not know which was the strongest.

“The barriers to immunisation are complex and multifactorial … and are likely part of a larger picture indicating a growing systemic issue with inequity in health services,” it said.

In a major research article on the vaccination picture nationwide, the NZ Herald found that while anti-vaxx sentiment certainly figured among the reasons for the decline, its role was being over-stated:

Only around a quarter of the total decrease can be accounted for by parents who declined vaccines, documents showed, meaning the rest were going un-immunised for other reasons such as access to healthcare.

“I think people have got a bit carried away with the impact of anti-vaxx,” said Dr Nikki Turner, the director of the Immunisation Advisory Centre. “Vaccine hesitancy has always been with us in New Zealand. That isn’t changing. What is changing is our society, how hard it is for families to access care, and the impact of poverty.”

Even so, and while – as a direct causal factor – anti-vaxx propaganda has been more successful among whiter, wealthier and/or alternative lifestyle groups, it has played a role in reducing herd immunity ; and has thus indirectly served as a transmission belt to vulnerable communities in the likes of south Auckland, in the Waikato, and in the Bay of Plenty.

So, what can be done? At this point, it seems clear that the benefits of vaccination have to be defended and promoted via a nationwide campaign, and hopefully – as mentioned – sometime before the problems currently being encountered with the reduction in immunity to measles and whooping cough end up spreading to the likes of polio. The NZ Herald article cited calls from the heads of two of the most at-risk DHBs – Waikato and Bay of Plenty – for exactly that kind of a national pro-vaccination campaign:

Both brought up the anti-vaxx movement as an issue to be addressed, arguing there needed to be a national campaign to push back against concerns. “The anti-vaxx people have done a really good job of raising concerns. I think it needs a national message, we actually need to be pushing it. There is some good science out there, we need to be using it,” said Waikato DHB interim chief executive Derek Wright.

“I think that’s something we need to look at nationally, how we’re going to combat the negative effects of that,” BOP DHB chair Sally Webb. Those DHBs both had extremely strong correlations with poverty and ethnicity and their vaccination rates, and rapid drop-offs since 2016.

The other response has to be in terms of the delivery point. Because access and affordability barriers are resulting in newborns not getting the vaccine protection they need, then there is surely an argument for a catch-up programme being delivered later on, to new entrants in schools. This context would be particularly helpful in the case of measles, which requires multiple doses to deliver the desired level of immunity. Schools provide something of a captive environment. Yes, it would be costly. It would require parental assent. It would also be highly efficient.

Already, there is evidence from the Gardasil vaccine programme (which protects against cervical cancer) of how effectively schools can be as a delivery point in transcending the barriers of access and affordability, and in countering the anti-vaxx sentiments. As Werewolf reported some years ago, citing Health Ministry figures:

Basically, the tables show that among low decile schools and among Maori and Pacific Island girls, the take-up rate of the HPV vaccine is very high, up around Australian levels. Conversely – and no doubt surprisingly to some – the vaccination programme has been less successful among white, higher income school communities, and it is the resistance from these groups that is dragging down the national average in New Zealand.

This finding was reported in the 2012 evaluation of the programme conducted by the Ministry of Health, and available here…. from page 67 onwards, that study discussed the issues involved in gaining consent from parents, through schools. The key quote: “ Of the 73 schools that declined to participate in the programme (5%), half were decile 6–10, primary schools, or religious or alternative schools.”

So… among Maori and Pacific Island school communities, the HPV vaccine take-up rate has been extremely high – even though the vaccine in question might have been expected to come into conflict with conservative social values, in that it is all about ensuring safer sexual activity in later life. More to the point, the school setting has also provided a useful context for combatting anti-vaxx information. As Werewolf also reported:

The relative hostility among high decile schools to the HPV vaccination programme was echoed in a 2012 study called Calling The Shots, carried out by 4th year medical students at Otago University medical school in Wellington. Their findings are available here. This research found, once again, that ‘Consent rates decrease as school decile increases. New Zealand Europeans have lower consent rates than Maori or Pacific Island groups. The most common reasons for declining the vaccine related to concern about the safety of the vaccine, and the nature of HPV as a sexually transmitted infection.” On the upside, the student researchers found this: “The most common reasons for consenting to the vaccine related to the understanding of the severity of cervical cancer, the benefits outweighing the harms and the vaccine being no different to any other.”

So… yes, we do need a national campaign to promote the safety and beneficial outcomes of vaccines – if only in order to disengage the health benefits from the bad science that’s out there, and to counter the entrenched ideological hostility to Big Pharma and medicalisation of childbirth and infancy. Since newborns in poor and Maori communities are currently falling through the net, then – perhaps – schools could become the next point at which vaccine status can be re-assessed, and remedied.

As mentioned yesterday in this column, British PM Boris Johnson has been angling for a snap election all along, while maintaining the fiction that he is (a) negotiating with the Europeans and (b) he is intent on a ‘no deal’ Brexit. Neither are true. Johnson needs to look serious about pursuing a ‘no deal’ because that’s the only way to keep his Brexit hardliners (and Nigel Farage) onside, even though having the Tories being held responsible for the carnage of a ‘no deal’ Brexit is really the last thing he has in mind.

Johnson also continues to claim that he is talking with the Europeans, who are bemused by his claim that he is doing so. Since the exit of Theresa May, Britain has not offered the EU anything substantively new. In the last couple of days, Johnson citing Emmanuel Macron (the harshest EU critic of Britain) as being receptive to last minute changes has been trolling of the highest order. The self-claim that Johnson is talking with Europe feeds the fiction that he is doing something meaningful to avoid a ‘no deal’ outcome. He isn’t. He’s just running down the clock and waiting for the excuse to hold a snap election. Unfortunately, this morning’s defection of a Tory rebel (and the related parliamentary attempts to rein Johnson in) will probably only help to being about that outcome.

Labour and the Tory rebels’ current position – that they will only assent to a snap election if Parliament passes legislation to outlaw a “ no deal” outcome, in a context where the Brexit timetable is pushed out until January – will at best, deliver only a Pyrrhic victory. Yes, there is a struggle going on between the Executive and Parliament. In all likelihood though, Britain seems headed for the election that Johnson (despite his loud protestations to the contrary) has been angling for all along, ever since he took office.

Obviously, the name “Highwomen” is a jokey nod to the 1980s male country supergroup the Highwaymen ( Willie, Waylon, Johnny Cash, Kris Kristofferson) and similarly, this new group is comprised of a number of country stars in their own right – Brandi Carlile, country songwriter Natalie Hemby, pop country crossover Maren Morris, and Amanda Shires, who has had a long career in Americana music. Collectively, they’re killer harmonisers, as evident on this terrific live version of Fleetwood Mac’s “The Chain”: