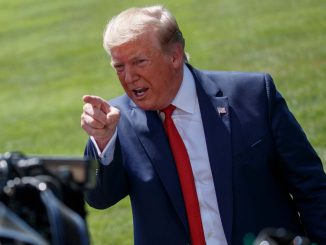 The bizarre spat over Donald Trump trying to buy Greenland shows just how foolish it would be for any country to treat the US as a reliable ally these days. Obviously, there is no lasting benefit to be gained from doing your bit in any traditional alliance that includes the US. Dutifully, Denmark had lined up militarily alongside the US in Bosnia, Afghanistan, Syria and during the Iraq War. This means nothing. In a heartbeat, the current US President will trash any ally, and on the flimsiest of pretexts.

With that lesson in mind…New Zealand should not be rushing to join Australia in the US-led military operation aimed at keeping the Gulf of Hormuz open for commercial oil tankers. The days when participation might have earned brownie points in Washington are gone. In fact, Trump is actively hostile to any form of international co-operation that involves a reciprocal response from the US – whether that be NATO, the WTO, the United Nations, the European Union, the World Health Organisation, the International Energy Agency, disarmament treaties, international human rights law etc etc.

In Trump’s version of American exceptionalism, allies exist only as footstools, to be kicked aside whenever it suits. In similar vein, trade treaties are to function as a zero-sum game in which the US has to win big time, and trade partners need to be ground into the dust. What would a US/NZ free trade deal really look like? One shudders to think.

Australia is only the third country to join the US-led naval coalition in the Gulf of Hormuz, alongside Britain and Bahrain. Europe, which has been trying to salvage the US-scrapped nuclear deal with Iran, has so far declined to participate. Australia will lend a frigate and a surveillance aircraft and will station specialist defence forces in nearby Bahrain, but the contribution seems to be pretty limited:

The aircraft will not be deployed until the end of the year, [Australian PM Scott Morrison] said. And the frigate, which will be stationed in the strait for six months next year, had already been headed to the Middle East for a separate mission, so it will not be diverted from any tasks closer to home in the Pacific, he added.

Publicly, Morrison has painted this participation in terms of economic self-interest, given that 16 % of Australia’s crude oil imports and 30% of its refined oil imports pass through the Gulf of Hormuz. Unlike New Zealand, Australia could also have this particular side deal with the US in mind:

The Morrison government is negotiating with the Trump administration to buy millions of barrels of oil from America’s tightly guarded fuel reserve under an emergency strategy to lower the risk of Australia plunging into an economic and national security crisis. The deal forms a core plank of a new push to shore up dangerously low domestic storage levels, which have left the nation vulnerable to price hikes and rationing in the event of war or disaster in the oil-rich Middle East or increasingly volatile South China Sea.

Basically, the International Energy Agency asks countries to operate with a 90 day oil reserve buffer. Australia currently has only 57 days of oil reserves. New Zealand is over the IEA threshold at 92 days, Britain is at 280 and the US is at 700 days– thereby leaving the US with plenty of room for a cut price deal with Australia, in return for its military subservience.

Otherwise, as the Sydney Morning Herald says, it would have cost Canberra billions of dollars to purchase the necessary reserves out on the open market. US Secretary of State Mike Pompeo was in Canberra only a few weeks ago, and the timing of Australia’s participation in the anti-Iranian naval coalition looks like payback for the deal being struck over the oil reserves. There is no similar incentive for New Zealand to join in. And to repeat, there is no guarantee that our participation would win us any lasting loyalty gains in Washington. Ask Denmark how that’s worked out for them.

Footnote One : The premise of the Hormuz naval patrol seems misguided. The people attacking the tankers are Houthi rebels from Yemen, whose schools and hospitals and cities have been systematically bombed for the past five years by Saudi and UAE-backed forces, which also triggered a deadly cholera epidemic by deliberately destroying Yemen’s water treatment plants, and then enforced an embargo on medical supplies. So….the Houthi have plenty of reasons of their own for wanting to disrupt the Saudi and UAE commercial operations in the Gulf of Hormuz. It is a US/Saudi fiction that the Houthi are proxies of Iran, whose actions can be turned on and off by Teheran. No such servile relationship exists.

Footnote Two : It speaks volumes about global priorities that the humanitarian catastrophe in Yemen is being virtually ignored. Yet the West is launching a naval coalition to defend the commercial business of the perpetrators, by policing the response of the Houthi victims of Saudi/UAE aggression. The question here should be– why are oil tankers being attacked in the Gulf ? The answer is to be found in Yemen, not Iran.

It seems weird that anti-immigrant Brexit sentiments should be so rife in England, when two of England’s current sporting heroes (cricketer Jofra Archer and runner Mo Farah) were born in Barbados and Somalia, respectively. But who expects racists to be rational…

Greenland has lucrative natural resources, and climate change is also making it strategically relevant to both the US and China – which has offered to build airports in Greenland, and been rebuffed. In playing the role of victim after the allegedly “nasty” comment by Danish PM Mette Frederiksen (her sin was to describe Trump’s purchase bid as “absurd,”) Donald Trump says that people shouldn’t be talking that way to the United States of America. Respect!

Sure. Because treating an autonomous region and its people as mere chattels to be bought and sold is so respectful. Mette Frederiksen has now joined a list of women – Hillary Clinton, Elizabeth Warren, Megyn Kelly, Kamala Harris, Meghan Markle and Nancy Pelosi – who have been put in the “nasty” corner by Trump. Any woman who talks back to him is, by definition, ”nasty.” Jacinda Ardern, your turn is surely coming.

As Vanity Fair also pointed out:

Trump, who rarely lets an hour go by without attacking a political opponent, a former employee, a current employee, an employee’s husband, Snoop Dogg, the mainstream media, Baltimore, Meryl Streep, Mexico, Muslims, and Jews, and who literally calls women “dogs,” just wishes the Danish prime minister had been a little more sensitive with her language. Words matter, okay?

Finally….here’s a 1970s song for nasty women everywhere by Betty Davis, who used to be married to Miles Davis, a genuinely nasty guy…