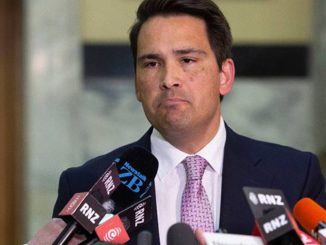 Tim Fischer died a few days ago. He was the Australian deputy PM under John Howard during the late 1990s and also leader of the National Party, which is still the main conservative party of rural Australia. Here’s how one of the eulogies last week saluted Fischer:

Fischer’s passing has been an opportunity to rightly hail his achievement, with John Howard, of reforming Australia’s gun laws and implementing a national gun buyback scheme against furious resistance from regional communities, in the wake of the Port Arthur massacre.

The political and personal bravery of those two men, and Fischer in particular, was remarkable… Fischer led the way in going out to regional communities and making the case for reform, in the face of white-hot anger from his own voters. He was called a traitor, and hanged in effigy, in Gympie in Queensland. The best reforms are made against the demands of your own base, and Fischer’s achievement on gun laws was one for the ages.

Yep, that’s a maxim worth repeating: “The best reforms are made against the demands of your own base.” In the wake of the Port Arthur massacre, Fischer chose not to pander to his own party’s worst short term instincts. (He did the same when publicly rejecting the bigotry of Pauline Hanson.)

After a national tragedy, Fischer had the political courage to defy the gun nuts and huntin’ shootin’ zealots within his own party. His role proved to be crucial in enabling Australia to enact a gun buyback scheme and to pass safer gun laws. Australia had Tim Fischer. Unfortunately… we’ve got Simon Bridges who is going all out on pandering to the extremists within his party’s rural base, and on making political capital out of gun reform.

Footnote One: If you’re going to sell out, at least make sure you’ve done the numbers properly. Bridges gives every sign of having misread the size and the importance of the gun lobby, which has apparently (see below) inflated its membership numbers precisely in order to impress weathervane politicians like Bridges. In all likelihood middle New Zealand doesn’t share the sense of persecution felt by the gun lobby. It isn’t hard for anyone outside the gun nut bubble to support the outlawing of weapons of mass murder and the buy-back of those guns that were legally acquired. Furthermore… the registering of guns, taking steps to try and ensure they’re sold only to people who pose little or no risk to society, and then requiring said guns to be stored safely… it all sounds reasonable. To most people, this looks more like common sense, not the heavy hand of the state.

In short, most voters seem likely to approve of the steps being taken. Police Association president Chris Cahill is right:

[Cahill] said not supporting the second tranche of legislation due to be introduced later next month – which would create a gun register and tighter firearms regulations – was putting politics ahead of meaningful reform.”I would say this isn’t the opportunity to play politics, it’s way more important than that… we’ve seen what happens in America when politics stops meaningful reform, New Zealand needs to be better than that,” he said.

True. In the wake of the Christchurch massacre, the very last thing we need is Simon Bridges trying to Trumpify the situation.

Footnote Two : The evidence that the gun lobby in New Zealand has wildly over-stated its size (and influence) can be found here. The evidence is also discussed here.

As well as claiming a membership size (40,000!) that seems on the evidence to be seriously inflated, the Council of Licensed Firearm Owners (COLFO) also shows no sign of consulting its actual members about their views on the gun reform legislation. In effect, COLFO is claiming to represent the views of gun owners, but without bothering to consult them on what their views actually are.

In the past week, the debate over how to devise the remuneration increases for parliamentarians has begged the question as to whether any increase at all can be justified in the short to medium term. It shouldn’t be necessary to remind the Ardern government that New Zealand is a small, low wage economy. We can’t really afford the pay and perks packages that MPs currently enjoy, let alone be wracking our brains to think of “fair” ways to increase them.

It comes down a matter of priorities. Given the extent of inequality and poverty, the freeze on MPs salaries and perks should be maintained for (at least) the rest of this term of government. Calculations based on the average wage, the rate of inflation or the movements in public sector or private sector wages would all only compound the problem.

Even a cost of living adjustment is unfair when you’re on a Cabinet Minister’s annual salary of $288,900 – not counting the travel, housing, entertainment and superannuation perks that the rest of us can only dream about. The unfairness involved is pretty easy to demonstrate. Since the year 2000, the average rate of inflation has been 2.15%. On a salary of $288,900 a 2.15% CPI adjustment would deliver the lucky Cabinet Minister on the receiving end to an annual salary boost of $6,211.34, or $119.44 a week.

Also, keep in mind that only about 40% of those on the minimum wage are in full time employment. According to an MBIE study late last year:

Because so many minimum wage workers are part-timers, many of them still need to work two or three jobs to make ends meet. They work very hard. That’s why Cabinet Ministers like Iain Lees- Galloway shouldn’t be trying to justify his huge remuneration package with this unctuous stream of platitudes:

“I think people expect us to work hard for them, we are working for the people of New Zealand and they expect us to be in touch with New Zealanders and the wages they get…

Other people work hard too, sport – and for a relative pittance. Similarly, there is no justification for our PM earning $459,739, a sum that makes her the fifth highest paid of the 32 leaders in the OECD. Moreover, when the PM’s pay is measured in terms of income inequality (ie as a multiple of the average wage) New Zealand ranked as high as third most unequal in the OECD last year, with the PM’s salary being 8.63 times the average wage. To repeat : we are a small, low wage economy. As the NZ Herald pointed out in January, you have to be earning $NZ52,100 or more before tax, to be considered an above average earner in this country. (In Australia in stark contrast, you would have to be earning $NZ87,168 to qualify as an above average earner.)

Basically, the largesse we heap on parliamentarians in general and on the Executive in particular is socially and morally unaffordable. The pay freeze needs to be maintained.

Footnote Two. The hoariest, least valid argument routinely wheeled out to justify paying MPs so much is that it is the only way to attract top talent into this realm of public service and induce them to forego the rewards they could otherwise reap in the private sector. That’s why past remuneration assessments have paid such careful attention to movements in private sector wages. It is based on the entirely bogus ‘pay peanuts get monkeys’ argument.

This top pay = top talent argument ignores the fact that politics is not a lifelong vocation anymore. MPs now regularly shuttle between Parliament and the private sector and (in fact) they commonly use their parliamentary expertise to leverage richer rewards from the corporates they subsequently join. If it ever was, MPs pay is no longer a reward for pursuing a selfless call to duty, and public service. That’s a joke. As a class, parliamentarians are probably the highest paid income group in the entire economy.

Even more to the point, high pay still manages to attract the monkeys. The afore-quoted Iain Lees-Galloway for instance happens to the Minister allegedly responsible for the Immigration Service, which is arguably the most dysfunctional state agency of them all. At the top of the income pyramid, the pay and perks never seem to be conditional on the quality of the performance, or on the outputs.

Finally, that’s a very good reason why MPs salary increases should not be allowed to mimic the remuneration movements that occur at the top of the private sector. In recent weeks, Fonterra has shown that even if you shower the top tiers of management with gold, the recipients will still be inept. Sky-high remuneration packages don’t foster or reward efficiency – especially given that when success occurs, it is usually a product of team effort. If anything, the pay packages insulate the captains of industry and Cabinet Ministers from reality and promote in them a sense of entitlement. This point was well made recently in this commentary on the recent Fonterra debacle by Peter Malcolm, of Income Equality Aotearoa New Zealand:

“The decisions made by previous chief executives are now shown to be financially disastrous yet these people have walked away with multi-million dollar salaries and bonuses. The financial mess they left behind risks the livelihood of both staff and farmer shareholders”.

There’s more on that here.

“Presiding over this long standing litany of mis-management have been successive boards of directors who were deluded into offering badly designed incentives to senior management.”

In sum, we shouldn’t be feeling obliged to offer fresh pay incentives every year to MPs and Cabinet Ministers. Sureky, their current packages of pay and perks should be incentive enough for anyone.

So far, 2019 has produced a stack of fine albums, and a stream of solid tracks like these two examples… On their debut single, the British band unperfect has come up with a warmly conversational and confidently languorous take on the usual r&b tropes:

And from the more chilled out zone of speak-singing, Compton’s Channel Tres continues to put his icy, spoken word baritone to good effect on the title track from his new EP Black Moses. This time around, Tres is joined by hip hop’s man of the moment JPEGMAFIA, who lends the track the off-the-wall energy it needs…