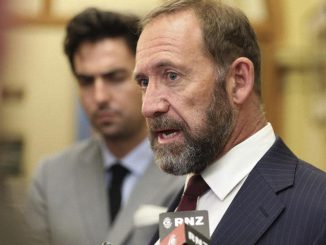 Yesterday, Justice Minister Andrew Little unveiled draft legislation aimed at changing our abortion laws, 42 years after the current system was put in place. In effect, these reforms will make abortion available as of right during the first 20 weeks of pregnancy. Generally speaking, abortion will be treated as a health issue between a woman and her doctor rather than as a subset of the Crimes Act. Abortion is to be medicalised, rather than criminalised. That’s progress, I guess.

If that sounds grudging… it is. Undoubtedly, the proposed law will be better than the 1977 legislation it replaces. Yet surely, you’d hope there would be progress, 42 years down the track. The Bill to be introduced to Parliament – possibly on Thursday this week – and is expected to be in place before the next election. It contains the following main elements:

• It will remove any statutory test on the health practitioner for a woman who has been pregnant for under 20 weeks accessing an abortion.

• For a woman who is more than 20 weeks pregnant, the law will require the health practitioner to reasonably believe the abortion is appropriate with regard to the pregnant woman’s physical and mental health, and well-being. i.e. the same conditions deemed necessary under the current law for all abortions, will henceforth be restricted to the small minority of abortions that fall within the 20 weeks-plus zone. Clearly, there is need for more information about the factors – eg further information about the condition of the fetus, the socio-economic and cultural factors, the regional variations in the availability of abortion facilities – that currently contribute to the minority of abortions occurring beyond 20 weeks.

• Ensure that health practitioners advise women of the availability of counselling services if they are considering an abortion or have had an abortion. This is a concession to anti-abortionists. It is a remnant of the belief that women who have decided to have an abortion may still not know their own minds. Thankfully, this counselling will not be mandatory.

• Ensure that a woman can self-refer to an abortion service provider.

• Enable a regulation-making power to set up ‘safe zones’ around specific abortion facilities – to ensure that women seeking this legal medical procedure can do so without being systematically harassed and abused by anti-abortion protesters. These ‘safe zones’ will be declared on a case-by-case basis. Meaning : this will be only a re-active measure. Apparently, sufficient numbers of women will have to be harassed at a significant level before the ‘safe zone’ protections are created, and enforced.

• Ensure that practitioners who object to providing services on the grounds of conscience must inform the pregnant women about their objection, and that the woman can obtain the services elsewhere. Presumably, this provision will require the Ministry to maintain a register of doctors willing to perform abortions. The register will also require coding for geographical location, to ensure that women in regions of New Zealand where there may be only one conservative doctor, do not face a level of costly travel that undermines their theoretical “right”. Ideally, equity of access should require DHBs to set up and maintain a travel fund, to ensure that the exercise of conscientious objection by doctors does not undermine access to the service.

• Finally, the proposed law will retain the criminal offence for (a) unqualified people who attempt to procure an abortion on a pregnant woman, or supply the means for procuring an abortion and also for (b) for killing an unborn child for any person who causes harm to a pregnant woman and in doing so causes the death of a fetus.

All stages of the Bill will proceed via a conscience vote. It is increasingly hard to justify why it should. For all the talk about women having autonomy over their own bodies – and that abortion is a medical procedure that doesn’t belong in the Crimes Act – the degree of autonomy envisioned by this reform is still seen to be something that a political party or government cannot afford to own and promote, as it would with other legislation. If abortion really is just a medical procedure, then the Health Minister should be owning it, and promoting it as part of the government’s health programme. That’s what a grown-up country would do.

The Roads Not Taken

Yes, it does constitute progress to treat abortion as a medical procedure that should be largely in the hands of women, and not as a criminal procedure that can only be sanitised if certain conditions are met. For 42 years, women have had to rely on the great good luck that an inherently conservative law has been allowed to be interpreted liberally by successive governments, and by the courts. At times, the margin in favour of a liberal interpretation has been desperately thin, and has been largely reliant on a single precedent – Wall v Livingston (1982) – that only barely survived by a 3-2 margin, a Supreme Court challenge in 2012 by the Right to Life movement.

With that history in mind – and given how gunshy our politicians have been about addressing the issue of abortion – New Zealand needs to take this opportunity to future proof our abortion law for decades to come. On that score, the reforms being proposed fall short. If it takes another 42 years, it is safe to predict that long before 2061, the “medicalisation” of abortion will look just as quaint as the “criminalisation” framework looks today. That is because abortion need not be a medicalised procedure enacted by a doctor. For a decade or more, chemical abortifacients have existed, and they offer a safer, less invasive means of abortion than surgical means. It is a process that can be supervised by a nurse. It involves two pills taken in tandem. Last year, England followed the prior example of Scotland and Wales in allowing the second pill to be taken at home, by the woman.

Women in England will be allowed to take an early abortion pill at home, under a government plan due to take effect by the end of the year.Currently, women ending a pregnancy in its first 10 weeks must take two pills at a clinic, 24 to 48 hours apart. Under the new plans, which will bring England into line with Scotland and Wales, the second pill can be taken at home. This avoids the risk of women miscarrying while on the journey home.

In other European countries, the two pills involved are moving towards being available as an over-the-counter abortifacient. The reforms being proposed in New Zealand do not recognize this trend. For the foreseeable – and by that I mean potentially for decades to come – the women who import such drugs and/or those people who help them to access such drugs will continue to be prosecuted under the Crimes Act. In sum, there is no objective need for the level of medicalization envisaged by the current Bill. The message being: the ultimate control of women’s reproductive choices is being handed over from the Police to doctors. That’s supposed to be counted as progress.

Footnote: Perhaps the parliamentary debate will shed some light on the methodology – surgical or chemical? – currently being used in the abortion process here. If, as expected from overseas trends, chemical means (via the two relevant drugs, mifepristone and misoprostol) will continue to displace surgical methods, then this should already be showing up in the Pharmac expenditure trend lines.

Great that US President Donald Trump has called out video games as a prime contributing factor in the mass shootings that have become a daily occurrence in the country he leads. By that weird logic, Japan should be awash in mass shootings, given its role in creating Nintendo, and the strong video gaming culture evident in Japan ever since. Nope. Must be something else involved.

So hey, maybe the rise in mass shootings that target Hispanics, blacks, Muslims and gays and which are being carried out by people who are seemingly obsessed with the alleged threat that migrants pose to white culture…. may have something to do with (a) presidential rhetoric that explicitly makes political capital out of whipping up fear and hostility to the migrant “invasion” and (b) the ready availability of the guns that enable those scapegoats to be targeted and killed. In the wake of the El Paso killings, there was a lot of Internet traffic around a clip where those two lines crossed over. At a rally in Texas in May, and having inflamed the crowd once again against the migrant threat, Trump then only laughed when a member of the crowd yelled “Shoot them!”

The El Paso shooter was a self-declared Trump fan. So was the Florida mail bomber.

Predictably, Trump has now denounced the outcome he has done so much to generate. Given him a week and he’ll be back at the race baiting. Right now, someone is picking out the next target.

Footnote:Given that in the past week… (a) the El Paso shooter claimed the Christchurch mosque attacker as an inspiration (b) a video game surfaced enabling players to assume the role of the Christchurch shooter and(c) the Guardian pondered why so many white men are treating the Christchurch shooter as a role model… maybe it’s now time to abandon the cherished fantasy that the decision taken by our media to not name he Christchurch shooter has effectively served to diminish his celebrity in the eyes of the people cheering on his exploits. As I’m doing here, we can continue to avoid naming him – but the belief that this has any effect in the real world looks increasingly forlorn.

In recent months, Angel Olsen has finally started to emerge from the long hiatus since her 2016 album My Woman and the year-long tour (culminating in New Zealand) that followed it. A month ago, her vocals added immeasurably to the Mark Ronson cut ”True Blue”. Last week, she released the first track from the new All Mirrors (her fourth album) that’s due for release in early October.

This time around, her instantly recognisable voice is embedded in an orchestral storm. As it unfolds, the song works its way through the twin issues of cyclically repeating your mistakes, even while (inexorably) you grow older, with all of the erosions that entails. Olsen handles this serious stuff with her usual brand of laconic, black humour. Despite all the sturm und drang, it comes down to her and the hellbound doppelganger she sees in the mirror going through it all again, and surviving about as well as can be expected:

I’ve been watchin’ all of my past repeatin’
There’s no endin’, and when I stop pretendin’
See you standin’, a million moments landin’
On your smile, buried alive, I could have
Died to stay there, never have to leave there
All this trouble tryin’ to catch right up with me…

On a more conventional level, here’s the Mark Ronson track: