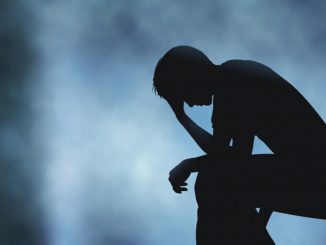 Since yesterday’s release of the Chief Coroners provisional statistics on our suicide rates, most of the commentary has focused on the need to fund families, schools and communities with better resources to prevent the incidence of suicide – which the figures indicate, is rising among youth and Maori in particular. Plainly, more funds do need to go into mental health resources but – arguably – it seems unfair to expect those hard-pressed families, schools and communities to transform society from the grass roots upwards, and give hope to those most at risk.

Almost by definition, suicide is the last resort for people who feel hopeless about the future. For many of us, work provides us with a daily structure and a sense of worth. Sure, some work is meaningful, and some of it isn’t at all. But the unfortunate reality is that for the past 30 years, our families, schools and communities have been trying to cope with the consequences of an economy which increasingly reserves its rewards for a narrowing number of people clustered at the top of the social pyramid, while defining more and more of the population as unproductive, and consigning them to the social scrapheap.

Since the mid 1980s, a swathe of jobs (eg in manufacturing) that used to provide thousands of people with a pay packet and daily meaning have been wiped out. More and more people can’t hope to get on the ladder, or to stay there for long. If we embrace a ruthless winner-take-all economy, should it be any wonder that so many people are negatively evaluating the future, and feeling that it has no place for them at all?

For that reason, the much-derided Provincial Growth Fund – or something like it – should have a key role to play in dealing with the suicide rate, particularly in regions where jobs are scarce. Mental health services do need to be better funded and expanded – but this care is likely to be only palliative if those services are not integrated with job opportunities that can offer a viable economic pathway out of the cycle of pessimism.

There is not a simple link between work and suicide prevention. (Some forms of work are so demeaning they only increase the sense of hopelessness.) But if one looks at the Chief Coroners numbers between July 2007 to June 2019, it seems significant that the suicides among employed people (2,850) are almost matched by the combined totals of unemployed (1,884) and students (625). Plainly, the rat race is taking its toll of the vulnerable.

As mentioned, the relationship between work opportunities and suicide prevention is not a direct one. For one thing, the timeframe unfolds at a different pace. Right now, the suicide rate is increasing among Maori to 28.3 per 100,000, compared to 13.46 per 100,000 among those of European descent. Nominally though, things seem to be going swimmingly on the jobs front with the headline rate of unemployment sitting at only 3.9 %. However, if you look at the groups at risk, the unemployment rate among Maori overall is running at 7.7 %, and is hitting nearly 18% among Maori aged 15-24. It is also at over 11% among youth of European descent.

These are only crude (and probably under-reported) figures. Yet they do indicate the scale of the problem, and its systemic nature. A few more social workers and mental health professionals will help – and yes, Maori delivery to Maori of those services is more likely to succeed. More sensitivity and acceptance to those feeling excluded by dint of their sexual identity is also essential. Yet it seems wildly optimistic to assume that better mental health care delivery would be enough to turn the tide.

Annually, we are currently losing 685 New Zealanders to suicide. (The annual road toll by comparison is only 377.) On climate change, we talk a lot about how society needs to change its ways and abandon its fixation on profits and growth. Right now, putting all of our funds and effort into the provision of better mental health services – while it will do some good – also looks a bit like the equivalent of carbon offsets. Basically, we can’t hope to reduce the incidence of suicide so long as we continue to keep in place the economic structures that keep on generating it.

[Need to talk? Where to get help]

Pulling the plug on Prince Andrew

By now, it seems clear that Prince Andrew, the Duke of York – at last count the 11th in line of succession to the British throne – enjoyed a very long and very warm friendship with the late financier/paedophile Jeffrey Epstein. The friendship existed before and after Epstein was jailed in Florida in 2008 in the wake of two felony prostitution convictions involving the procuring of a minor for sex. One wonders exactly how the Royal New Zealand Army Logistics Regiment (RNZALR) is feeling about this right now.

The [Prince Andrew] Banner represents the focal point for the traditions, loyalty and spirit of the RNZALR.

To protect those regimental traditions, surely the connection must has to be broken to this unrepentant BFF of someone who ran a paedophile ring on an industrial scale. There is precedent for doing so. In 2010, Prince Andrew’s relationship with Epstein was central to the Prince losing his job in 2010 as Britain’s international trade envoy.

At the time, Prince Andrew had also been hanging out with Saif Gaddafi (the son and then-heir apparent of the Libyan dictator) and with Timur Kalibayev, the corrupt son-in-law of the dictator of Kazakhstan, who (curiously) bought Andrew’s London home for three million pounds more than its asking price. Lest we should feel like cheering the current reconciliation between Prince Andrew and his chronically broke, influence-peddling former wife Sarah Ferguson, keep in mind that 15,000 pounds of Fergie’s past debts were reportedly paid off by Jeffrey Epstein.

Surely, its time the government (and/or the Defence Force) spared the RNZALR from any further humiliation.

Footnote : To run through what is publicly known about the Andrew/Epstein links (a) in 1999, Prince Andrew flew on Epstein’s private jet in the company of a Russian model, from the Virgin Islands to Florida.

(b) In court documents, Virginia Giuffre (then Virginia Roberts) has claimed that she had sex with Prince Andrew at Epstein’s bidding on three occasions in 2001 when she was only 17 – which Prince Andrew has denied, despite a photo emerging of him with his arm around her bare midriff at a London party in 2001 (c) there is video footage from 2010 of Prince Andrew waving goodbye to a young woman from inside Epstein’s New York home (d) Prince Andrew was photographed conversing with Epstein in New York in 2011 and (e) at various times over the past decade, Andrew had reportedly entertained Epstein at Windsor Castle, Sandringham and Balmoral.

Prince Andrew now professes himself to be “appalled” at the alleged behaviour of his old pal Jeffrey. Really?

Ala.Ni is a London-based musician and former classmate of Amy Winehouse, and there’s been a strong sense of tradition ( Billie Holiday, Judy Garland, Great American Songbook etc) in everything she does…not many modern musicians would be willing to cite Julie Andrews as a role model. As the title suggests, on this new track “Sha La La” she may have drawn on the girl groups of the 1960s, but the track stands up in its own right:

By contrast, the Canadian singer writer Debby Friday uses some familiar dance tropes… but the confrontational stance of tracks like “Fatal” and Tear the Veil” from Friday’s recently released Death Drive EP has nothing cosily retro about it whatsoever:

Where to get help [back]