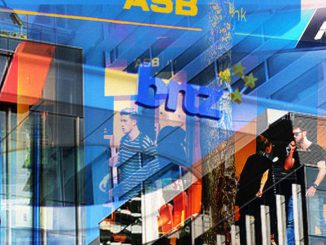 Meanwhile, that elephant in the room keeps on getting bigger and bigger, largely unmolested by oversight from the Reserve Bank, the Commerce Commission or the Financial Markets Authority. Last year for instance, ANZ made a record $1.99 billion profit in 2018, which works out at $416 extracted from every single New Zealander. BNZ racked up a $1.029 billion profit the same year. Westpac’s profit was up by 5%, to $1,017 billion as well. In June 2018, ASB reported a 10% rise in profit to $1.177 billion.

Have those profit levels, could those profit levels possibly be the product of fair and square dealing that puts the needs of the customer first? That’s even more unlikely than a banking collapse. So the fretting and fussing by Finance Minister Grant Robertson to ensure that this current system of extraction is a little bit more stable, a little bit more secure and a little bit more compliant with best practice overseas is rather beside the point. The reason that voters think the banks are bastards is not because they’re worried about a run on the banks, or because a top executive or two might be fiddling with their expense accounts. Its because they feel like sitting ducks when it comes to predatory fees, abusive loan conditions, and harsh foreclosure and recovery practices, amidst a banking culture where every single added operational expense for the banks seems to be automatically passed onto borrowers – as witness the Reserve Bank’s looming request for the Aussie Banking Gang to hold more capital in reserve. Boom! That request is being assumed to be an extra expense that will fall largely upon bank customers.

We don’t have the watch-dogs willing or able to prevent such behaviours. Little in the package announced yesterday will improve the situation for bank customers in their normal day-to-day dealings with the banks. In that respect, it is pure spin for PM Jacinda Ardern to claim that we don’t need a Royal Commission, because her government is getting on with the job that a Royal Commission into banking would take two years to recommend. That’s simply untrue. Across the Tasman, the Australian Royal Commission into the banking industry unveiled a whole host of dubious practices. Its list of 76 recommendations included for instance, setting up a compensation and remediation scheme for the victims of predatory banking that could well top $6 blllion. Also, the Australian Royal Commission envisaged new structures and procedures for the banking industry’s involvement in superannuation packages, in the ways they handle farm debt and in their lending practices and recovery methods with respect to small and medium scale business.

Tellingly, Commissioner Kenneth Hayne also urged the Australian Securities and Investment Commission (ASIC) to be more inclined to launch prosecutions of banks and financial services companies, whenever malpractice has been detected, to deter les autres. “Misconduct will be deterred only if entities believe that misconduct will be detected, denounced and justly punished,” Hayne wrote in his report. Basically, Hayne wanted to see a climate prevail where the law enforcement agency enforces the law from a starting point where breaches result in court action – rather than, as the ABC news organisation put it, pursuing “ the softly, softly approach that has encouraged the major banks to treat ASIC with contempt.”

There’s no sign of that same healthy suspicion of banking practice being evident in New Zealand, at the regulatory level. Yesterday’s announcements were the “softly softly approach” written in the finest of fine prints. To state the obvious, when funds are being funnelled offshore at the current rate by foreign-owned banks, it is harmful to New Zealanders and to the New Zealand economy. Yet we seem to lack the political will to denounce this situation and equip our watch-dogs at the Commerce Commission and FMA to examine the structures of profit-taking, with a mandate to prosecute the offenders.

At best, we appear willing only to denounce the behaviours of one or two top executives, or the workings of this or that staff incentive scheme. Amusingly, there has even been talk this morning of a ‘naming and shaming’ sanction being taken against executives whose behaviours may cross the line. Problem being, the Aussie banks are shameless; as they prove every year, when announcing their annual results.

Footnote One: For the record, and in the unlikely prospect of a banking Armageddon, a $30,000-50,000 guarantee will be put in place per individual account, which would serve to re-imburse about 90% of bank savers should a collapse ever occur. Elsewhere, in countries that already have such guarantee systems in place, the protective ceilings are higher: $NZ263,565 in Australia, $NZ164,259 in the United Kingdom, $NZ378,901 in the US and $NZ111,886 in Canada. As yet, it remains unclear just how the NZ deposit scheme will be funded. Yesterday, Robertson talked about a bank levy as being the most likely source, with taxpayers liable in the meantime until the scheme’s funds have been built up. Given the banks’ penchant for blithely passing on their operational costs, it looks as if ordinary New Zealanders will be funding this security scheme – either indirectly as bank customers or directly, as taxpayers. Final details are due early next year.

Ah, those “provocative” Iranians have been at it again. Shooting down a US spy drone that was flying over their own territory. Walking away finally from their full compliance with a nuclear deal that the US ripped up and walked away from over a year ago. Supporting the resistance in Yemen to the humanitarian catastrophe that the Saudi/Emirates forces have inflicted on the civilian population. According to US President Donald Trump, Iran is the world’s number one funder of terrorism. When lies are repeated often enough, they take on their own legitimacy.

For the record, the world’s number one funder of terrorism is, and always has been, Saudi Arabia. It was the Saudi kingdom that provided the Salafist ideology and seed funding for al Qaeda and Islamic State, contributed nearly 80% of the 9/11 attackers, kidnapped the president of Lebanon, murdered Jamal Khashoggi, threatened to invade Qatar, helped to crush popular uprisings for democracy in Bahrain and (currently) in Sudan, and has been directly responsible for what the UN has called the world’s worst humanitarian crisis in Yemen. Yes, Iran has provided aid to its Houthi allies in Yemen – but this has been only a tiny amount of assistance when compared to the military aid that the US and UK have poured into the Saudis and Emirates for their use in bombing schools, hospitals and water treatment plants in Yemen, thereby fostering a cholera epidemic that has claimed thousands of lives.

Regardless, our mainstream news outlets continue to (a) recycle the US Orwellian myths about Iran’s ‘provocations’ while (b) treating the Houthi rebels as being the obedient proxies of Teheran. They’re not. The Houthis belong to a different Shia sect called the Zaydis – one that opposes the rule of ayatollahs – and the list of grievances held by the Houthi family-led rebellion in the north of the country against the Yemeni central government (that the Saudis support) goes back for decades. Given the atrocities being committed by the Saudis in Yemen, the Houthis have been given ample motives for attacking the tanker trade in the Gulf, without any prompting or advice from Iran, which has little or no ability to control how the Houthis take their revenge.

To repeat: the terrorists that have attacked the West over the past 20 years have almost entirely been Sunni jihadists professing a Salafist ideology – and the birthplace of that ideology and its main source of funding has been Saudi Arabia, not Iran. Basically, the House of Saud aims to destroy Iran as a regional rival, and seeks to reduce the Shia majority in Iran (and in Iraq) to obedience to its will. We should not be choosing to be mere onlookers as the entire Middle East falls under the control of the brutal tyrannies that rule Egypt, Saudi Arabia and the Gulf states.

Footnote : Far from controlling the Middle East, the Iranian government of Hassan Rouhani doesn’t even control Iran. There are at least three centres of power in Iran ; the government, the Revolutionary Guards headed by the legendary general Qassem Soleimani, and the religious authorities headed by the Grand Ayatollah and Supreme Leader, Ali Khamenei. In reality, Soleimani and the mullahs wield far more economic and ideological power than Rouhani. Sanctions may hurt the civilian population and undermine Rouhani’s relatively liberal elected government, but they also enrich the Revolutionary Guards and the hardline mullahs who control the smuggling routes and black economy, and who welcome the US threats as providing a unifying legitimacy among the public, for their own autocratic rule. What the hardliners in Teheran had feared most was the opening up of Iran to the outside world via the anti-nuclear deal, and related trade and tourism. In that respect, the advent of Trump has been a godsend to them.

Since her My Woman album was released in late 2016, Angel Olsen has been restricting herself to the occasional guest appearance. This time she’s hooked up with hitmaker/producer Mark Ronson of “Uptown Funk” fame, and their “True Blue” collaboration is from Ronson’s moody break-up album Late Night Feelings…

Talking of hitmakers, Caroline Polachek’s terrific previous band Chairlift offered any number of smart electropop tracks that should have been bigger hits…This admirable solo effort “ Door” is likely to go the same way, of falling exquisitely through the tracks. Beautiful video though with greyhounds, and with any number of Freudian doors.

For old times sake, here’s Chairlift with their great “I Belong In Your Arms” track, sung charmingly this time in Japanese by Polachek, a polymath fluent in the language.